Remember this lot? It’s the gang which tore down Ye Olde Leather Bottle (Heron Hill, Belvedere) while ignoring Health & Safety Regulations and circumventing planning regulations. No wonder they were so aggressive towards anyone who took an interest in what they were doing.

More than a year later a planning application has been made to build nine houses on the site. Five four bed, three three bed and one of two bedrooms.

It looks as though development will be entirely to the north of the public footpath. 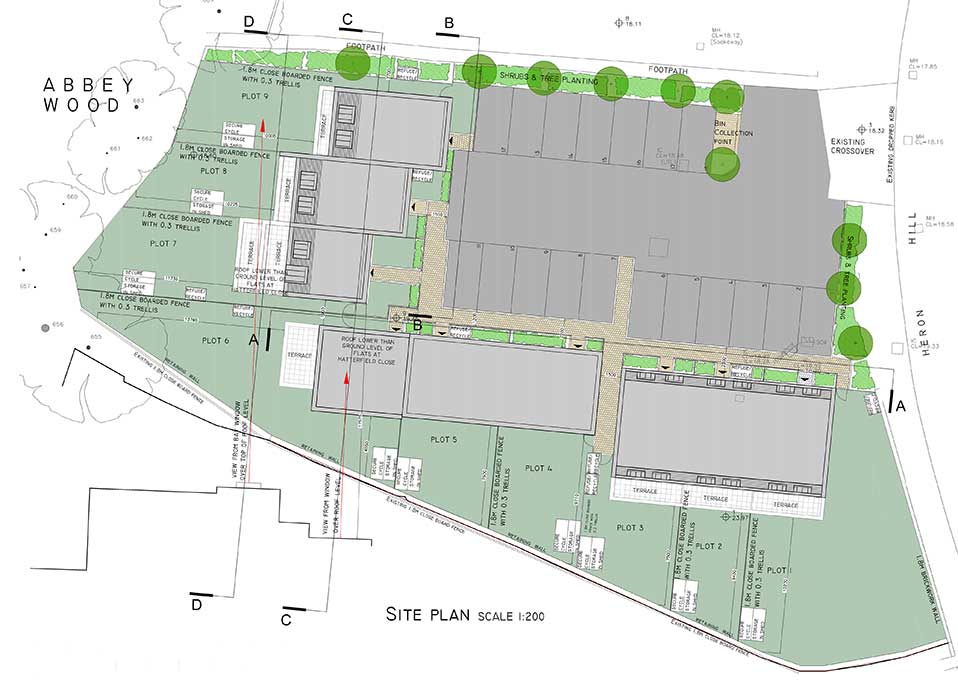