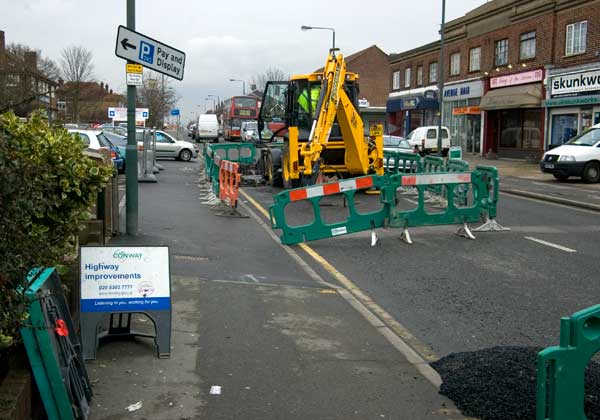 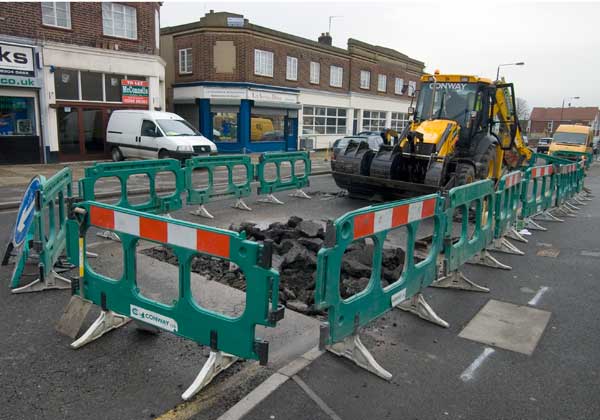 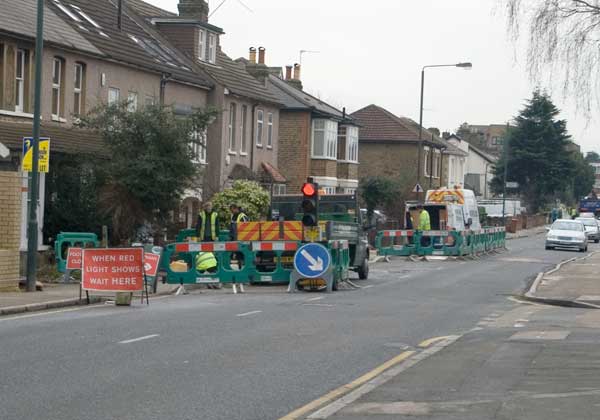 Bexley councillors have complained in the past about the lack of a tube line in the borough, but there are eight London boroughs without a tube station. What makes Bexley almost unique and the complaint more valid is that it has no DLR, no TfL Overground and no Tramlink either. Soon Crossrail will be added to the list but how ironic is it that the council complains about its poor transport links while its own priorities appear to be dismantling the system we do have and campaigning against plans to improve links across the Thames? The photos show the changes currently being inflicted on Pickford Lane.

On 30 November last year roads throughout Bexley were affected by a vehicle fire in Blackwall tunnel and its subsequent closure and now the tunnel is again set for overnight closure starting next Monday for three whole years. It can’t be much more than a couple of years since the southbound tunnel was fully opened after several years of refurbishment and overnight closures and I had expected that sooner or later ‘the northerners’ would suffer the same problems getting home while their homeward tunnel was upgraded as we south Londoners did for such a long time. But that would be too simple.

Mayor Boris blasted Johnson has dictated that his favoured north cannot be inconvenienced but it is OK to bash south London dwellers again. His promise to reintroduce the tunnel contra-flow proved to be another of his lies so there is no prospect of keeping both traffic flows running through the night and he blithely tells us to get ourselves down to Dartford instead. I bet the highly educated imbecile won’t ever be put to that massive inconvenience, let alone every night, as will countless shift and night workers who try against the odds to keep London ticking over.

I confess to being absolutely furious about Boris’s crass decision; all my London based relations live in the East and North East and I visit them at least weekly and return late. It’s an impossible journey by public transport which as a Freedom Pass holder I am keen to use whenever I can, and doubling the journey time so late at night is not really a practical proposition, especially for three long years. The previous closure was bad enough but at least it wasn’t every night. A similarly affected friend thinks Boris should be publicly strung up for his sins against south Londoners, and I’m not surprised because the tunnel is not only impassable southbound, it will be restricted to 20 m.p.h. for the ‘lucky’ northerners.

If Bexley’s stupid Conservative council hadn’t be so keen on short term political expediency and if it wasn’t totally devoid of road planning expertise we might have had a new Thames crossing to look forward to in just a couple of years time, instead all we will have is average speed cameras in Blackwall tunnel and toll-booths.

Bexley council is spending more of our money on its anti-motorist vendetta, this time in Pickford Lane. (See pictures.) It is well known that speed cushions damage tyres. The Daily Telegraph’s website says… “From straddling the chamfered edges of the speed cushions. The tyres are forced downwards and outwards and the inner shoulders get ripped to shreds. You suffer no tyre damage if you go over them one wheel over, one wheel on the flat. But then you eventually break your springs.”