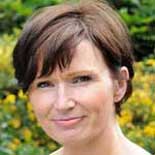 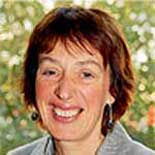 The Bexley Council Monitoring Group (BCMG) likes to live up to its name, they are always asking questions and Bexley council do their best to dodge them. A year and a bit ago two Directors left Bexley council, the head of Legal Services (Angela Hogan) and the head of Young People’s Services, education etc. (Deborah Absalom). The word went around that neither had been successful in their jobs and they had been shown the door. BCMG wanted to know if they had been sent away with a big fat cheque. A reward for failure. Bexley council wouldn’t tell them if any public money had changed hands.

Quite a long time ago I heard a councillor repeat the story about competence or otherwise, but he said he was sure no money would have changed hands. So what has Bexley council got to hide was the obvious question. “They don’t want to set any precedents” came the answer. I heard much the same from a senior council officer.

Bexley council maintained their silence and the case went to the Information Commissioner who said people of the rank involved could not shelter behind the 'personal information’ fig leaf. They ordered Bexley council to release the details of any payments. BCMG was still expecting the answer to be “none” just as two Bexley council insiders had told them. However the council continued to refuse an answer and to cut a long story short, the case recently went before a Judge. I shall return to that story another time. Meanwhile the BCMG keep asking questions, some innocent, some not so innocent.

One asked for the number of redundancy payments to staff leaving the council’s employ. The answer showed that in the financial year 2010/11 14 people had gone with payments within the £10,000 to £50,000 bracket. That is not very remarkable, the upper limit is what a long serving middle manager might expect to get from any decent employer.

Seven more people got over £50k, but only one went through the £100k. barrier. It would seem reasonable to assume that that would be someone very senior, one of the two Directors who left that year perhaps. For reasons that may be revealed on another occasion, BCMG knows it wasn’t Ms. Hogan who got that huge sum. Maybe it was the lady on the right? For failure? Bexley council is still refusing to say.