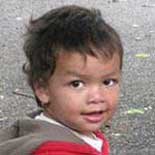 It is beyond dispute that from late 2007 when Health Visitors warned Bexley council of their concerns through to 2010 when school teachers were shocked to see Rhys Lawrie’s injuries that the council did nothing to help. Rhys’s head teacher phoned Bexley’s Children’s & Young People’s Services on 15th December 2010 and spoke to Laurantia Mqotsi, one of the Social Workers there. The school head’s police witness statement confirms that the Social Worker promised to “take responsibility”. She didn’t and six weeks later Rhys was dead.

In the immediate aftermath of the tragedy, Bexley council did put in an appearance. They met the family and helped out by ferrying the grandparents around between their home and the hospital. Grandfather Trevor Lawrie says that never did they give any indication that they knew of Rhys or his brother. Only when the trial evidence bundle fell into his hands almost a year later did Trevor learn of Bexley council’s neglect.

For more than three years, Bexley council had done absolutely nothing but two days before Rhys was murdered the council flew into action generating reports and letters. What a coincidence. Trevor is sure that the documents were falsely dated to cover the previous inaction but I have no way of knowing if that is true. However I would agree that the documentation can be questioned.

On a diary style form recording events from 19th January 2011, Ms. Mqotsi refers to the school teacher’s five week old report but fails to include its date. In the box marked ‘Action’ she said, using the future tense, “I will contact the parents to write [to] them offering a time for an assessment next week”. The ‘diary’ was signed off on 26th January, five days after Rhys was killed. Trevor believes the form was filled in retrospectively but maybe it’s merely indicative of procedural errors and the calibre of staff employed in Children’s Services.

Ms. Mqotsi did write to Rhys’s mother or to be absolutely accurate, a letter was found in the evidence bundle. It was dated 19th January but whether it was ever sent is a matter for conjecture. It appears to be a less than adequate letter.

One might have thought it would start by referring to the earlier contact “offering a time for an assessment” referred to in the diary, but it didn’t. Perhaps Trevor Lawrie is right and the diary and the letter are part of a poorly executed cover up.  A serious attempt to secure a meeting between the mother and the Social Worker should have provided all the details. Place, time etc. But it didn’t. The venue wasn’t specified. Once again it could be total incompetence but the number of such incidents has given Trevor Lawrie good reason to be suspicious.

Bexley council met the police on 31st January. From that day the police decided that Rhys’s 39 injuries, from brain damage to broken leg were all due to natural causes. It defies belief but there must be a reason. Was it something said at that meeting?