Crossrail and Network Rail have been keeping households close to the North Kent railway line very well informed over several years and it was good to meet some of their staff at today’s exhibition. The final station design was on show, although the colour may change because the materials to be used are subject to change.

The artist’s impressions show the view from Harrow Manorway which will be the main, above the tracks, station entrance. The other view is the low level approach from Gayton Road. It is a pity that the plans no longer include the demolition of the Abbey Arms public house. 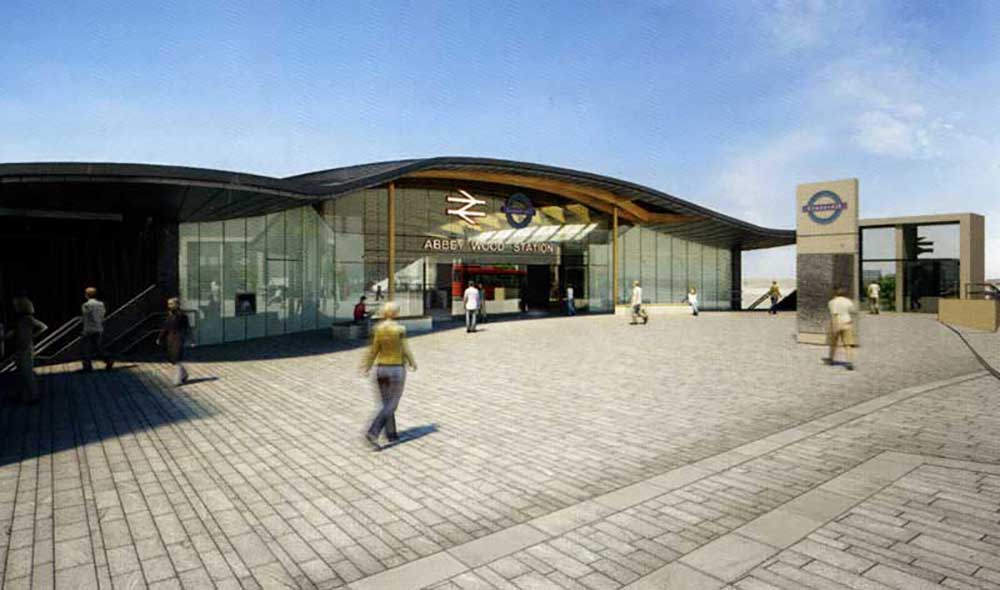 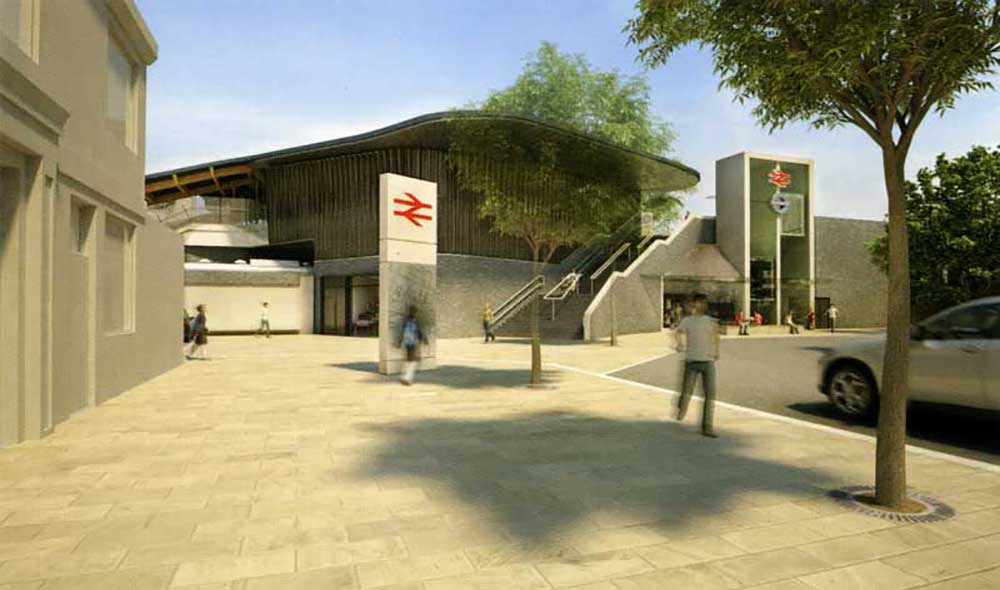 When the station opens, access from the far side (east) of Harrow Manorway will be by pedestrian crossing and not the existing subway, although unless serious disruption for residents is on the cards, I cannot see how the low level route via Gayton Road can be abandoned.

Work on providing a temporary station is due to start imminently. The two existing tracks will be realigned to a more southerly position and because of the need to maintain something close to a straight line those changes will affect the route all the way to Plumstead and almost back to Belvedere. 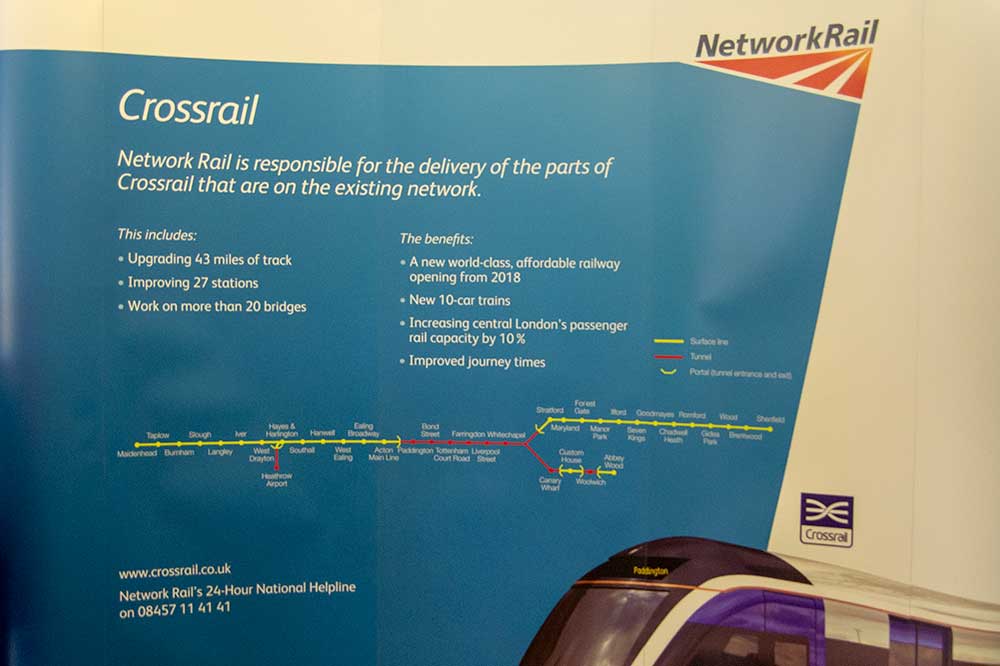 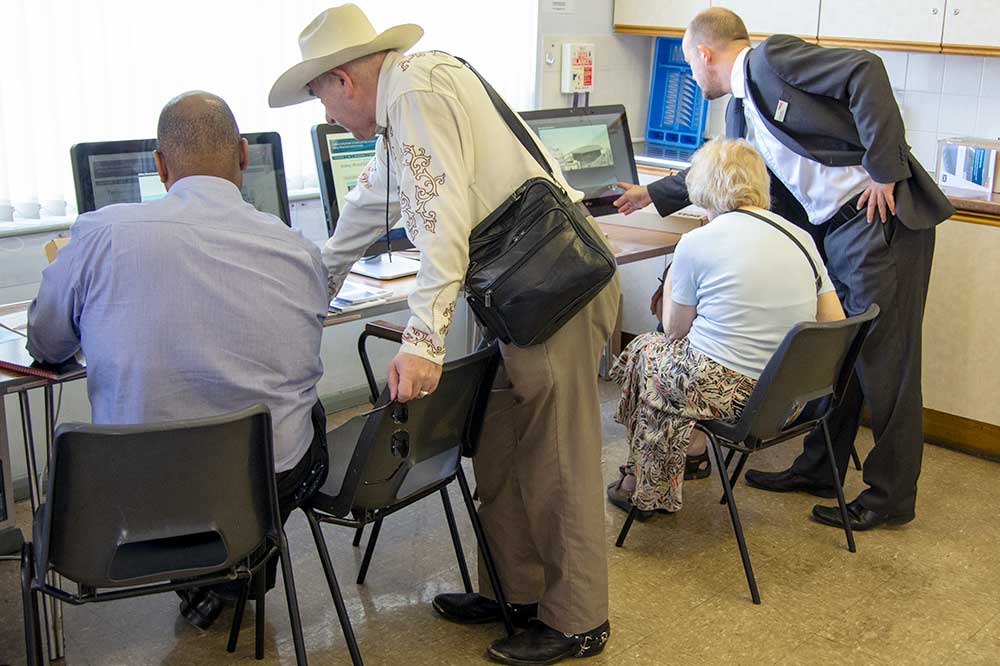 The track layout diagram is still subject to change and was not available to take away but a plan dated April 2013 showed that the most northerly of the two Crossrail tracks will terminate at Abbey Wood station. That is not likely to change.

The southerly (Up) line will be extended past the Thamesmead (Lesnes Abbey) footbridge until it merges with the North Kent lines adjacent to the eastern end of Coptefield Drive. It will be electrified only to a few metres short of the Thamesmead bridge with the extension eastwards unpowered to prevent any possibility of a train spanning the old 750 volt DC and the higher overhead voltages. The line extension is currently known as the ‘cripple track’ and will be used for holding a spare train to ensure a five minute service can be provided, and if a train goes faulty, to get it out of the way.

Commuter parking during the construction phase will be a problem and quite possibly beyond that. Network Rail is hoping that some will decide to use the spare capacity at Bexleyheath station. There is also a distinct possibility of the existing Controlled Parking Zone being extended further into Belvedere which will cost many residents an extra £100 a year in Craske tax. The Network Rail man was amazed that would be £100 a year to affected residents and was unable to say if compensation would be on offer.

The exhibition at the Community Hall will remain open until 7 p.m. this evening and its computerised presentation should be available on the web 24 hours later.