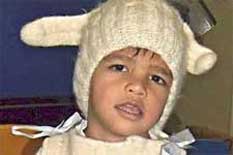 I met the man who alleges Bexley council has shameful links to the murder of his grandson Rhys Lawrie yesterday and took along the entire Bexley Action Group crew for an instant ‘second opinion’. We all agree that grandfather Trevor is a very intelligent and articulate man. He presented both a convincing and shocking case in support of his allegations.

He has accumulated in excess of 2,500 documents of which I have seen no more than a score so far but already I know that Rhys’s mother had been sectioned while serving in the Army in Germany and was known to Bexley council, having reported herself for repeated violent behaviour directed at children. Bexley council’s documentation refers to the ‘section’ only as ‘being unwell’.

After Rhys died the police took eight months before deciding on a murder enquiry. The timings relating to the mother’s whereabouts at the time of the murder are difficult to reconcile with known facts. She claimed to be collecting another son from Slade Green School; its school’s day ends at 15:10, but she would have had to move at the speed of light to have made the 999 call from home seven minutes later. There is a statement from the school head which refers to an earlier statement that made that point but it is mysteriously missing from the prosecution’s bundle of evidence. 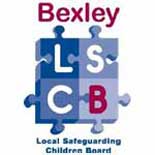 The mother was in a relationship with a 16 year old boy who suffered some mental difficulties. The police eventually charged him with the murder. Not any old police, according to grandfather, Trevor Lawrie, it was the Serious and Organised Crime Agency. I have yet to see positive evidence for that but Trevor several times mentioned their address which does check out.

The 16 year old denied the charge but was found guilty of manslaughter after none of several possible defence witnesses were called. The grandfather said that his defence lawyer was drawn from a member of the prosecution team who pronounced the boy guilty 20 days before the trial ended.

Trevor Lawrie is convinced that the whole thing was a miscarriage of justice motivated by the need to protect Bexley council which had ignored the family situation in Erith. The Baby P. case in Haringey was still in the public eye and this looked all too like a repeat. Trevor has a wealth of documentation involving familiar Bexley council names, it doesn’t look good to me but it will take a long time to wade through all his 2,500 documents.

At the moment I only have Trevor’s word for some things, but the papers I have seen so far read in exactly the same way as past cover ups by Bexley council, the police and all the other useless agencies who are supposed to clamp down on this sort of incompetence and subsequent abuse of their powers.

Presumably this goes some way towards explaining why OFSTED took such a dim view of Bexley council’s record with child care last year.