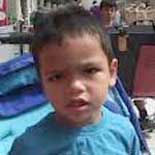 The Serious Case Review on Child B who we now know to be Rhys Lawrie, runs to 47 pages. Two paragraphs cover what Bexley council did to ensure his safety from when the family moved to the borough in October 2007 to when he was brutally killed in January 2011. A third paragraph says there was no need for “continuing involvement” with the family despite the report acknowledging that the mother “hit him and was finding it difficult to control her anger”. Last Saturday’s blog refers.

Due to this neglect there is no more that can be said about Bexley council’s involvement over that period. Rhys was in and out of hospital with various problems and by 2010 was attending a special needs school. In December a concerned teacher asked a visiting council Social Worker if the council knew about Rhys. She reported back that it did not. Absolutely nothing had been done about the worrying reports of 2007 and 2008.

Bexley council may not have been concerned but Rhys’s Grandfather was. In particular he noticed that although he enjoyed a close relationship with the boy, there were periods during which he was forbidden to see him. He also saw Rhys with injuries. Some quite severe.

Burns on his hands, a bandaged foot, a bleeding mouth, a broken tooth and injuries to his eyes.

Grandfather Trevor could only surmise what might have happened. Questioning met only with the response “I don’t know how it happened” followed by the curtailment of grandparents’ visits until the injuries faded away.

The boy’s father was told he fell off the bed or bumped himself on the slide in the park. According to Trevor, injury occurred only while Rhys was alone with his mother.

The two children would stay with their Grandmother over the holidays and some weekends and it was a problem to get them to go home. They would protest and cry and hide under the bed, especially the older boy. As Trevor says, “Little did anyone know why they behaved like that, the horrors experienced at home”.

“We thought they just liked staying with us (the Grandparents) and wanted to stay longer. Never never did it occur to us that the parents home was a chamber of horrors. How much those little children must have suffered. Had we known about Sadie’s (mother) confession to Bexley Social Services; had they tipped the family off to watch out for the kids safety and report any injuries. Even if they had just asked, without revealing Sadie’s confession, things might have been very different.”

Bexley’s Deputy Director of Children’s Social Care is Sheila Murphy who is paid £108,708 a year and was in post throughout the period in question. First mentioned on this website in July 2012 for boasting that she had met the targets she had set for herself and again three months later following Bexley’s disastrous OFSTED report when it was said that Ms. Murphy had overseen someone else’s sacking for the failing. That’s awfully like sacking a telecoms engineer for management failings within BELL isn’t it?