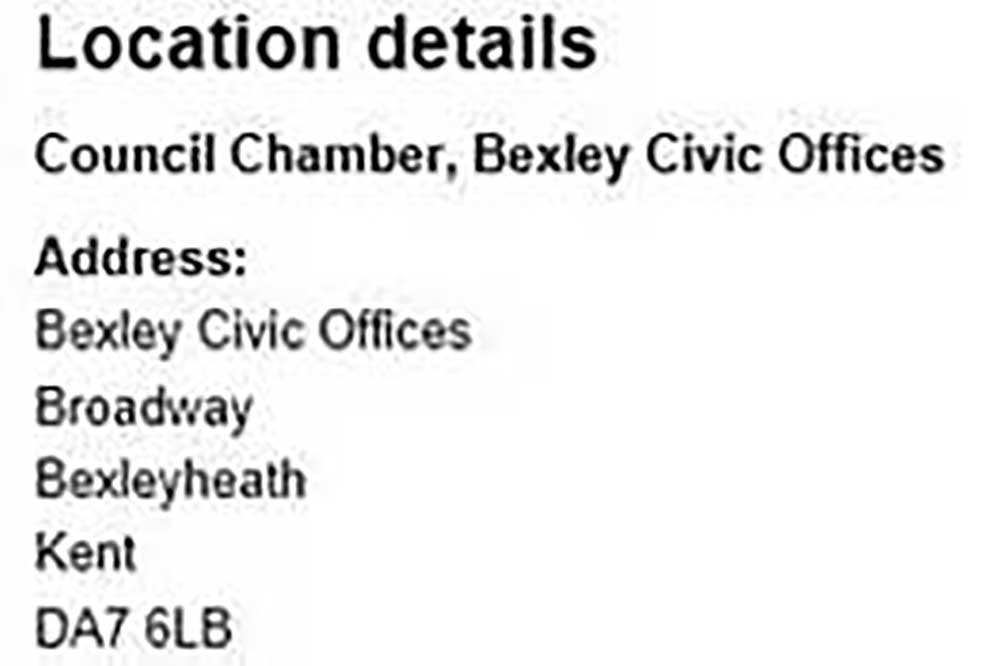 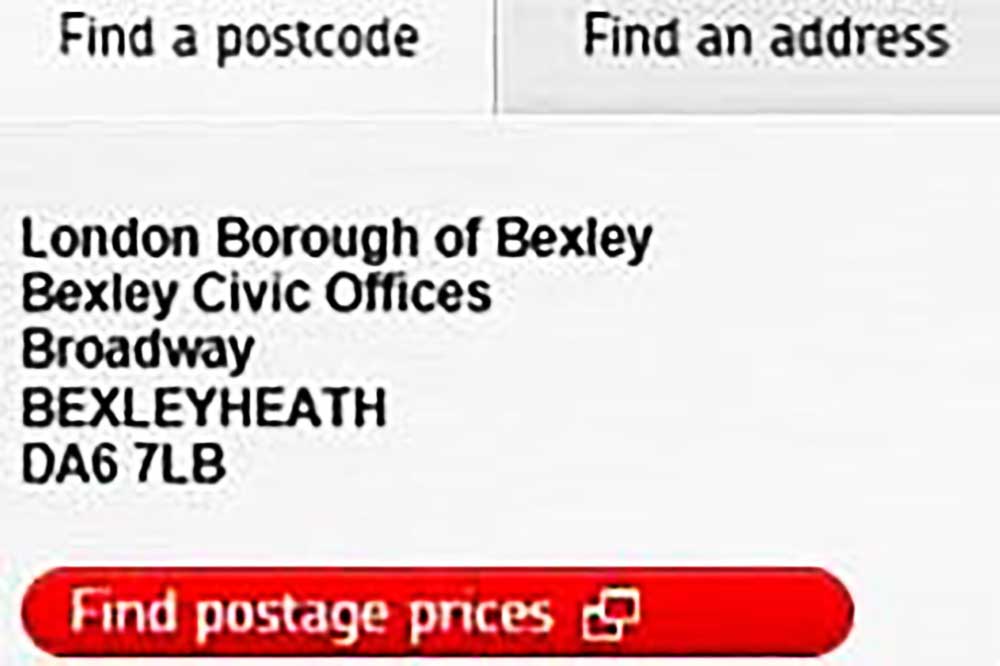 Occasionally people ask me how to get to a council meeting and my reply will usually include a link to the council’s own advice. There were two such enquiries yesterday and one came back to tell me his Sat Nav had flagged up Crayford from the council’s website. And he is right, the wrong post code appears on many of the council’s pages. Oh dear.

Yesterday’s meeting began in the usual way, with a lie. The new mayor was forced to repeat the leader’s abuse of the English language by implying that recording of meetings is welcomed but only with permission, and as every man and his dog knows, that is absolutely never granted. The mayor dutifully waffled on about a Constitutional Meeting in September to settle the issue. You can be sure that they will not abide by the spirit of Eric Pickles’ guidance.

By 19:37 the meeting got down to business, two council plants, from the Young Conservatives at a guess, asked questions referencing “the deficit left by the last Labour Government” and “the seamless experience of residents needing to access both Health and Social Care Services”. Exactly the sort of words you’d expect from the average Bexley teenager.

Let’s skip over the well rehearsed politicking this allowed and get down to the real questions. Mr. John Watson wanted to know how much Bexley ratepayers were forced to pay via the council tax levy, to finance the Olympic Games. Deputy leader Colin Campbell gave a clear answer; £16·8 million. 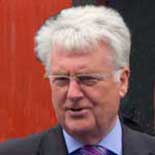 Mr. Watson then asked councillor Campbell about his notorious TV appearance on 7th July when, in John’s words, he “made one untrue statement after another about Bexley residents”. Campbell wasn’t best pleased and finally came out with “I don't read the crap on Bexley is Bonkers”, which is in fact another lie to add to his score.

Michael Barnbrook asked a question about the council’s filming policy and referred to the News Shopper’s poll on the subject. Nearly everyone was in favour of filming in one form or another. Council leader Teresa O’Neill dismissed the poll out of hand saying that only 135 people took part in it, leaving close to 300,000 people in the borough against it, or so she believed. Perhaps I should remind her that she holds her present position because of a poll in which only 99 people took part, 52 of them Conservative councillors more than likely. The alternative was an elected mayor.

Mick’s supplementary question was deemed to have timed out and councillor Colin Tandy was given the opportunity to ask how much money Boris Johnson had pumped into Bexley in gratitude for his election five years ago. Goodness knows what figure cabinet member Gareth Bacon came out with because firstly he was as far away from the public gallery as he could be without being out in the Broadway, and secondly he was three or so feet from his microphone. An inaudible mumble is all I am able to report.

Councillor Philip Read asked for an update on the council’s financial position which isn’t all that good. A £40 million black hole and a further £7 million cut by government. However according to the cabinet member for finance, Colin Campbell, all is well because he has already saved £60 million since 2006 and with his skills, he could do it again.

Labour councillor Margaret O’Neill asked Gareth Bacon if he had decided how the council planned to support the Mayor of London to build a bridge at Thamesmead. I heard enough of Bacon’s mumbling to say he wasn’t going to give any support. And that was it. Questions were out of time.

We were deprived of knowing how much traders had lost “during the tarting up of the Broadway”. A question from councillor Alan Deadman. Councillor Stefano Borella had a similar question in mind.

Councillor Malik had asked about Bexley processing Parking Penalties through a court in Northampton. No answer; and councillor Seán Newman wanted to know about parking provision in Belvedere, post Crossrail. Another one not answered. 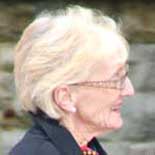 Councillor Ross Downing then launched into an eight minute eulogy to Queen Mary’s Hospital apparently unaware of its downgraded status. It has no A&E or maternity unit any more but it may eventually acquire a radiotherapy unit thereby saving Bexley residents the trip to St. Thomas’. Having made that trip daily for eight weeks I can tell you that Sidcup is not a lot of use to those who live in the less salubrious outposts of the borough. Train to London or bus to St. Mary’s? No contest!

Ross Downing “hoped” in her motion that the new “Campus” would “deliver a long term sustainable future”. Despite all the claims of a resounding success for Bexley council they are no longer referring to a Hospital and don’t seem to be sure of anything.

When Ross Downing had finished skating around a few realities, Labour councillor Gill MacDonald attempted to invoke Standing Order 36. Mayor Sharon Massey made, ignoring the lies foisted on her at the start of the meeting by her leader, her only mistake of the evening. She hadn’t a clue what S.O. 36 was. The legal officer came to her rescue and Massey showed her annoyance by telling MacDonald not to be so obtuse in future. If she was proposing an amendment, say so.

The amendment expressed disappointment over the downgrade from Hospital to Campus status and sought to “ensure a sustainable future”. No false inference that the changes at QMH represent anything other than a reduction is services overall, but Bexley council is never keen on admitting the truth about anything. Various councillors got on their very high horses about Labour’s amendment.

Leader Teresa O’Neill sought to have the amendment thrown out for not being relevant to the original motion. How could that be? Maybe she had spent too much time in the sun. The legal officer overruled her and Teresa melted back into her chair like a lump of lard in a hot pan. 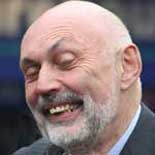 Councillor John Davey excelled himself. The new QMH was “not a campus, it was a fully fledged hospital with the same services as before. The A&E was taken away by the last Labour Government”. No reference to the fact that James Brokenshire, the MP for the area, was elected on the promise of saving the A&E, but failed miserably.

Warming to his theme Davey said that QMH had suffered from “totally incompetent managers” and “Labour had turned the NHS into a tick box killing machine” and they had “blood on their hands”. Cue widespread jeering from the public gallery.

By contrast, councillor Val Clark was a model of restraint saying only that she was disappointed with the amendment in view of the “wonderful things [the council] had done for us” and “the wonderful things that are being done there [the hospital].”

Various councillors resorted to a historical slanging match with Labour going back to the NHS’s foundation in 1948 and Chris Taylor dragging up 1979 and the unburied dead all over again. They never tire of the political mud slinging, always preferring what they must see as career enhancing rhetoric over something more productive.

Then Colin Campbell got back into his stride, revealing that he had been a chairman of QMH and saw all its problems coming. He had told the Labour health minister and Lord Norman Warner, then a senior civil servant, exactly where they were going wrong. Interesting, plausible and words such as ‘idiot’ and ‘stupid’ being bandied around as freely as lies on a TV show.

Inevitably the Labour amendment was slung out but not before councillor Ross Downing said she was “absolutely stunned” by it. I really cannot see why. Labour’s position on the NHS doesn’t always appeal to me nationally, but locally at least, their amendment was much better worded than Ross Downing’s original. 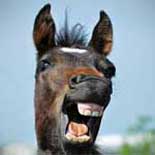 Finally, as far as I am concerned, because I left before the really boring stuff began, was the Report of the Leader of the Council. The usual bragging session.

Residents are “respecting the shared space” in Broadway. Sidcup has “turned the corner” and Waitrose is coming. It helps, she said, to have a woman leader who is a nag.

The Larner Road Estate is on the way out, Verona House will be demolished next month, Tesco is to create a distribution centre in Erith and the new Abbey Wood station looks “fantastic”. She is going to make sure that the borough’s infrastructure is improved such that residents to the south have easy access to Crossrail. That’ll be good, it will allow Thames Bridge traffic to get to the south more easily too. Good thinking Batman.