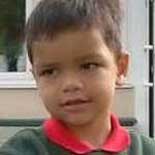 It’s nearly a week since Rhys Lawrie was last mentioned here. Rhys died in January 2011 and a young man, only 16 at that time, was convicted of his murder. Rhys’s grandfather Trevor Lawrie is adamant that that was a miscarriage of justice engineered to circumvent a Baby Peter, Sharon Shoesmith, Harringey council style scandal here in Bexley.

Some of Trevor’s evidence is hearsay and circumstantial but some of it is documentary and really rather compelling.

For example, we only have the grandparents’ word that Rhys, who suffered from epilepsy, only had one fit while they were either visiting or looking after Rhys at their own home, yet he allegedly suffered bruising fits almost daily while alone with his mother. She reported up to eight seizures each day.

Trevor Lawrie insists that when his own son, Rhys’s father, rang to inform of him of the bad news he said he was relieved that Rhys was in “no more pain”. He’d never reported pain in connection with the alleged seizures.

It is unlikely that it will ever be known if the elder brother really did tell his grandfather soon after the murder that “mummy kept hitting Rhys” and then when the police became involved, chanted over and over again that “Mummy never hit Rhys” almost as if he had been rehearsed.

If you are not prepared to believe the grandfather, how about the documents? Bexley council social services were definitely aware of potential problems in 2007/8 and 2010, and both times did nothing about it. Imagine what might happen if that became public knowledge.

It is absolutely certain that the Consultant Paediatrician at Darent Valley Hospital wrote a report within hours of Rhys’s death listing 14 separate injuries to his body. He said in that report that “it is not unknown for people to die during a seizure, however this event is quite rare. Some of the bruises are unusual accidental injuries and one has to consider that they may have been caused non-accidentally” - and the police chose to believe the death was from natural causes. Only the autopsy report eight months later forced the police’s hand. It recorded 39 injuries.