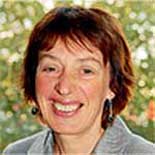 The documents relating to Rhys Lawrie are multi-faceted and difficult to summarise but in the days following his death there was as you might imagine a flurry of report writing by those involved.

Bexley council produced several by their Legal and Social Services departments. They concentrated on a period starting two days before the boy’s death when he was taken to Queen Elizabeth Hospital with severe bruising. He was sent home the same day following an examination and X-ray which did not reveal the bleeding on the brain.

Bexley council’s reports carefully avoided the concerns expressed by medical and teaching staff from 2007 through to December 2010 because that would presumably highlight their negligence and instead contrived to give the family a clean, almost glowing, bill of health. A model family.

It certified that Rhys was generally well, that his parents provided a safe environment, protected him from abuse, kept him clean and sympathetically comforted him following any injury.

The report was signed by a Bexley council Social Worker whose name did not (and does not) appear on the Health and Care Professional Council’s register of qualified social workers.

Among the facts that could have been included was the mother‘s concern that she might harm her son and a reference to Rhys’s severe injuries noted by school staff in the six weeks before his death.

Contrary to the excellent references for household and personal cleanliness, the case papers refer to the older son being reliant on nappies to the age of five and the fact he “smelt unclean” and both children wore “visibly dirty clothes”. Naturally there was no reference to the health visitor’s 2008 comment, “I feel some additional help into [sic] the family would be useful”.

None was given, at least not until it was far too late. The rewriting of history had begun. Much was made of the mother’s claim that the injuries were caused by up to eight epileptic fits a day. The General Practitioner’s report said Rhys suffered approximately one seizure a month but concedes they could last up to an hour.

Everywhere one looks, contradictory reports are in evidence.