As you will have guessed from the late arrival, there is nothing very significant ready to go on line but there may be some little things that could be briefly mentioned… 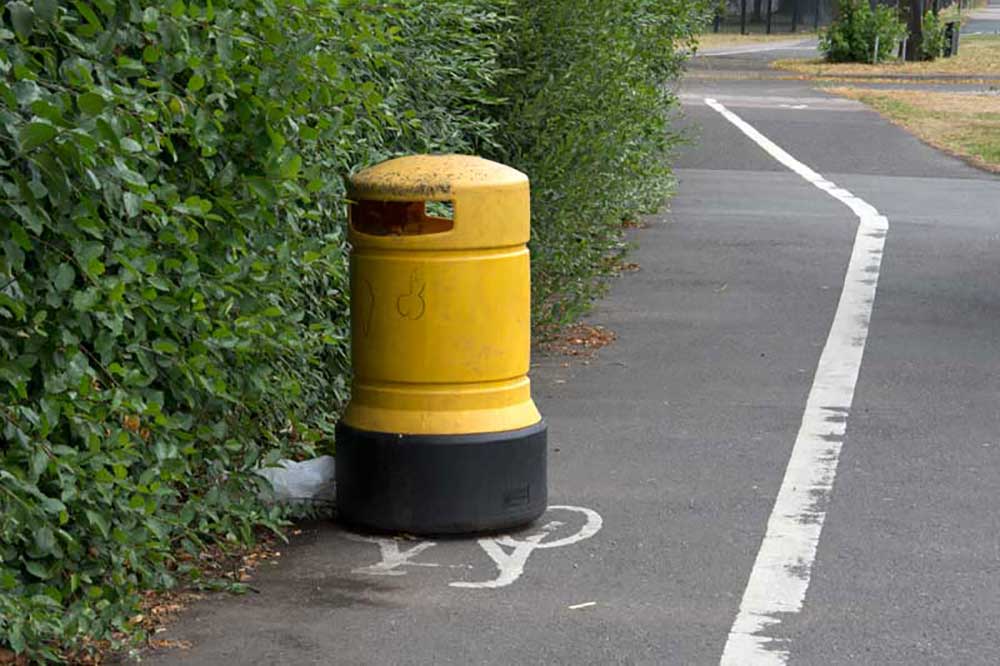 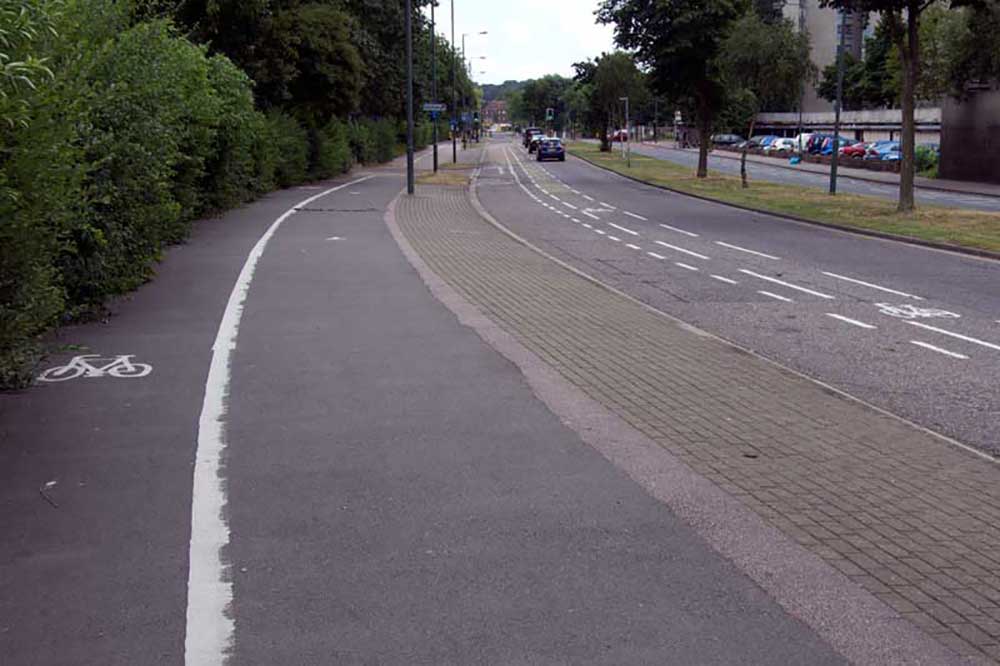 Bexley’s half hearted approach to cycle paths has been highlighted again and Yarnton Way in Thamesmead provides many examples. However maybe blocking them there is less critical than elsewhere because Yarnton Way enjoys the special privilege of two cycle paths heading in the same direction.

Note: The second photograph is squashed so as to include both cycle tracks. Click image for natural view.

Blocked bridleway
A formal request to arrange the unblocking of Bridleway 250 has been sent to Bexley council. This means they have 30 days in which to take suitable steps to restore access to all, after which a magistrate will be asked to intervene.

Crown Prosecution Service. Playing hard to get again.
The CPS have now gone around their evasive loop a fourth time and once again lost track of Elwyn Bryant’s request for them to tell him what advice they gave the police, advice which the police chose to ignore, in the case of councillor Peter Craske and the obscene blog. Looks like the Information Commissioner must be the next port of call.

Double yellow lines
Today’s announcement that Eric Pickles’ has said that councils should allow 15 minutes grace time for parking on double yellow lines has provoked comment from readers. My view on the matter may not be mainstream.

Firstly, Bexley council does not follow government guidance, it follows its own agenda and their first motivation will always be secrecy closely followed by money. What Pickles says will have no effect; only legislation works.

If Bexley council had any intention of sanctioning 15 minutes grace time it would have happened two years ago when the perpetually dishonest Teresa O’Neill said she would look into the matter. Needless to say she didn’t.

But in my view the whole thing is a nonsense. Surely double yellow lines are only placed where parked vehicles would be hazardous or cause a traffic flow problem and to allow parking even for 15 minutes would result in danger or chaos? On the other hand Eric and I may have unwittingly exposed more dishonesty and shown that double yellow lines are there solely for revenue raising purposes.

Not everyone wants Waitrose

Reliable sources have reported that Bexley council is planning an exclusion zone around the new Waitrose coming to Sidcup. It will take the form of a Controlled Parking Zone and operate until eight o’clock at night.

Thus a new supermarket on their doorstep will be costing a lot of Sidcup residents another £120 a year they may possibly be unable to afford - and almost certainly resent.

Recognition
Bexley is Bonkers was not only mentioned at a council meeting this month but I have been assured by a reader that I was personally mentioned in a conversation between the deputy council leader and a resident. The councillor is alleged to have called me a plonker; well nearly. The word he used was similar but began with a W. Good to know that, anything less might be regarded as a failure.

Rhys Lawrie
I thought the case of the three year old boy who died after Bexley council failed to respond to any of the warning signals from health visitors and school teachers would be capable of providing blogs for weeks to come but unravelling the papers is far from easy. The next stage of reporting might involve the court case itself but I suspect that will be several days away.

One thing that is puzzling me at the moment is that the first people on the scene were the paramedics who were thus in the best position to tell who may have collected the elder boy from school and who may have been at home with Rhys. The police turned up later when the situation was far less clear, both possible suspects were home by then. So why were the paramedics not called as witnesses while the police were able to make statements in court which suited their case? Unlike the paramedics, they had no first hand knowledge of who was at home when.

Nice for Bexley council, maybe not so nice for justice.