Councillor Joe Ferreira (Labour, Erith) was the first to speak against selling parks. He was aware of the dire financial straits that Bexley Council has got itself into and “we have seen them cut away the flesh and now they are chipping into the bone. Selling off the family silver is unsustainable and creates a dangerous precedent”.

“If we face future budget pressures, do we sell off another park to pay for it?” He reminded Council of the many shortcomings in their processes such as referring to the statutory consultation on the Council’s website only three weeks after the event with no instructions on how to respond.

The parks “belong to residents, we are custodians of the parks. Do the members opposite want the legacy of this Council to be one of abdication from its role of protector of this borough or to sell it piece by piece to the highest bidder to the detriment of residents? I hope the members opposite will join me in voting against this recommendation”. 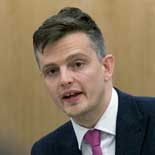 Councillor Rob Leitch whose ward includes Old Farm Park was next to his feet. It being his sixth speech on the subject in the chamber there could not be a lot new to say.

The sale “could set a dangerous precedent for the years ahead. With service reductions the possibility of reintroduction in the future remains an option but with Old Farm Park there is no second chance, no opportunity for regret, no means for future generations of Councillors to reverse or restore the position. Like Councillor Ferreira I believe we are custodians of this wonderful borough and not its owners able to dispose of it as we see fit”.

“I engaged in local politics to represent local people and we are here to leave a positive legacy to future generations. It would be wrong to say that it is only those who live locally to Old Farm Park who are opposed to the sale. It would be wrong to suggest that it is merely a nimbyism argument. There are many across the borough who also care enormously about the diversity of our wildlife, the accessibility of our open space and the quality of our air all of which are valid reasons for objecting to the sale of Old Farm Park.”

He paid tribute to the many residents who had organised the campaign in support of retaining the park and concluded with “there are times when it is important to put people before politics and principal before party. I will sleep better tonight knowing that I have done so”. 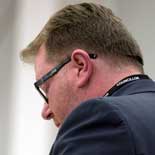 Councillor Chris Beazley proposed an amendment and returned to his contention that it would be better to dispose of the Council’s interest in the Broadway Shopping Centre rather than sell an irreplaceable park.

He explained his case at some length…

I believe that it would be wrong to proceed with the sale of Old Farm Park while there are viable alternatives.

As you may be aware, this week the proportion of the Broadway Shopping Centre and Broadway Square that is not owned by Bexley Council sold for £120·3 million which would indicate that the Council’s proportion is worth £43·3 million.

The previous argument for not selling the Broadway was because we receive an annual rental income of £1·4 million, an approximate yield of three percent which is well below current property yields. So our suggestion is that if we were to sell the Council’s proportion of the Broadway Shopping Centre and reinvest it in accordance with the Council’s Treasury Management Strategy for Medium to Long Term investments we would expect to see annual returns of 5·5%.

This would produce an annual income of approximately £2·4 million. That £2·4 million could then be used to reimburse the £1·4 million loss of rental income from the Broadway and with the surplus £1 million use £710,000 of it to pay for the up keep to green spaces and save Old Farm Park.

There would still be a surplus of £300,000 for any variation in returns or further income for the Council. So I would ask you to forget about your party colour and put the residents of Bexley first by supporting this fully costed UKIP amendment.

The public applauded and the Mayor suggested they shouldn’t because it took up time. More time was taken up by the mocking laughter that followed. 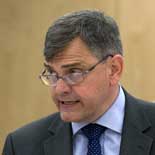 The amendment was circulated and it provoked a rant from Cabinet Member Don Massey. The habitually impolite Massey said that it was “unfortunately the usual lazy UKIP way, let’s have a matchbox, let’s write things on that one. Your figures are woefully inadequate in terms of the actual hole you would create in the budget”.

Investments “are not like going down Ladbrooks and placing it on the favourite in the 3:30, there is a risk. With regret Councillor Beazley, this is yet another lazy UKIP proposal put forward that is not actually worth it. I disagree with the figures entirely, you should have done a bit more homework. Why did you not take the opportunity of talking to us on this one?”

Councillor Borella (Labour, North End) asked if the amendment had been “verified by the Section 151 Officer”, the Finance Director. UKIP Councillors Smith and Bezley could be heard interjecting that it had been. “Because if it hasn’t I’m afraid we can’t go forward with it” continued Stefano. 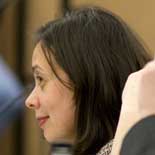 Alison Griffin, the Section 151 Officer, was asked to comment. She diplomatically said “the amendment has no figures in it so in theory I do not have a view on the specific amendment in front of you. If it had, of course I would come to a view and give you that advice. If Members came to me with this proposal I would also give advice and would need to confer about when would the revenue be achieved because we need the money for 2015/17 and 2017/18 - so immediately - and as the proposer mentioned it would have to go into the medium and long term investment category which would not deliver immediately”.

The UKIP amendment and with it the last chance for Bexley’s parks was thrown out.

The following day I emailed Councillor Beazley to ask who had “fully costed” the UKIP amendment and he confirmed that the Director of Finance had run through the figures with him and given him the OK. Probably she didn’t like the idea as it was not hers and might not provide the immediate remedy that the Council’s mismanagement of the budget demanded, but she confirmed the calculations which Cabinet Member Massey was so keen to rudely discredit.

Presumably Massey’s short tirade was the product of his own matchbox scribbling and failure to do his homework because whilst he might “disagree with UKIP’s figures entirely”, the Finance Director had misgivings only on the timescale.

If only Bexley Council had a little more foresight it might not be in quite so deep a hole.

The Mayor said she would accept three more speakers before putting the sale of parks on her chopping block. Mrs. Slaughter, as the Mayor addressed her, was invited to be first in the queue.