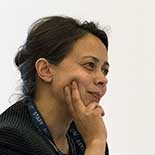 I suspect that half of Bexley Council is on holiday because letters that one might expect to come from Human Resources or the Table Snatching Buffoon (TSB) are currently coming from Alison Griffin the Finance Director.

A Freedom of Information request from Mick Barnbrook which attempted to prise the truth out of Bexley Council about their Head of Legal not, according to the Law Society and the Bar Council, being either a Solicitor or a Barrister as demanded by his job description was rejected on the grounds that his ‘A’ Level Law, or whatever his qualification is, is personal information. If he had the qualification demanded it would be on the Law Society’s website.

Mick asked a different question and an answer to that was also refused.

He appealed the decision together with his reasons which is his legal right under the Freedom of Information Act. The appeal was not accepted. It has been immediately rejected on the grounds that Mick is vexatious.

I can understand that a crooked Council like Bexley might want to ban Mick from making more FOIs but he has one which is only half way through the process dictated by law. It wasn’t classed as vexatious when he submitted the original FOI and he was given a a response which was acceptable in law, albeit one which was as secretive as ever.

The Act provides for an Appeal and Alison Griffin has denied it.

Mick believes that curtailing the legally prescribed procedure will only add to his case when he submits it to the Information Commissioner as he undoubtedly will.

Not only has Mick been denied his appeal he has been threatened with the same sanction to which John Watson is already subject. An effective ban on contacting Bexley Council for six months. Don’t ever believe that Bexley’s Conservative Council believes in open and transparent governance or even democracy itself.

For the record, Mick has asked three different questions about Mr. Akin Alabiְ’s lack of qualifications.