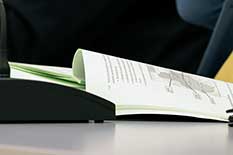 Bexley Council has been plotting over several months to follow in the footsteps of more adventurous boroughs to set up a company wholly owned by the Council that will be able to do business in a way that the Council itself legally cannot. Principally “operating a property company on a commercial basis” was Finance Director Alison Griffin’s description and “operating both within and outside the borough”.

The law demands that a business case be approved by Cabinet before any such scheme can go ahead and the subject was debated last Tuesday evening.

The detail is not available to members of the public, it being secreted away in one of Bexley Council’s notorious Green Papers. Ms. Griffin said that it demonstrated how the company would be financially viable and will “shape the Growth Strategy”.

She recommended a Committee be established to act as shareholder. 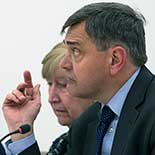 Councillor Don Massey said that getting to the present stage had “taken an enormous amount of hard work”. He valued the “professionalism of the team” that produced it and congratulated Ms. Griffin on her appointment as Chief Executive in Southend.

He said that one of the first things to be done was “to go out and get a Managing Director, which would not be a full time job to start with”.

Councillor Philip Read said that he “had previously voiced his concerns” about the proposal “for a Council owned development company”.

“History showed that governments national and local have decided they know better how to run a commercial operation than private enterprise. From the disasters of postwar nationalisation through to Tony Benn’s determination to subsidise Leyland Motors and beyond we can see the consequences of that misplaced optimism.” 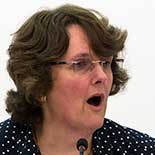 “Government intervention in markets leads to inefficiencies, a bloated bureaucracy and unjustly highly paid leadership and often notwithstanding any original philanthropic intent ends up with businesses being run by the staff for its staff and customers just an unfortunate irritant.”

“Unlike private enterprise, government owned businesses seldom have either the expertise necessary to achieve genuine commercial success or the crucial financial discipline that markets inevitably impose on privately funded businesses. No matter what the initial good intentions government run businesses often cease to be competitive and then instead of addressing their cost base they emulate Oliver Twist by going cap in hand to their owners, the tax payers of this country, demanding more money.”

“Unless you are a banker that is not an option generally open to private enterprise and thus places any Government owned business in a potentially dominant market position and that is certainly not good for the taxpayer. So I have those concerns about both the principle of any government national or local running any business.” 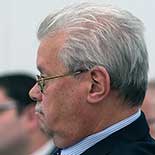 You might conclude that Councillor Read is well and truly against the idea but he performed an incredible somersault. The possibility of dissent leading to the loss of a £13,197 a year Cabinet allowance must weigh heavily and a device that allows a vote contrary to his natural inclinations becomes essential. £13k. is a lot of money.

The reason put forward by the inventive Councillor Read was that one day the company “could be sold, generating a profit for the taxpayer”.

He was also influenced by the fact “a Cabinet Committee comprised of the majority party [his] rather than the opposition [Labour] would be shareholder, gives me some degree of certainty that Bexley Council would not go down the road of continuous taxpayer subsidies”.

So the mandatory jibe at the Labour group was ingeniously worked in to what was a beautifully executed flip-flop. Philip Read is against the idea of government run companies in principle but if Labour can be kept away from the levers of power he is prepared to go along with it - and preserve his allowance.

It is perhaps notable that both Cabinet Members who pontificated on this subject have run their own private business in the past. Into the ground.

Councillor Daniel Francis (Belvedere) made a brief comment on behalf of Labour members. He said that they supported the idea, not least because it was in their 2014 election manifesto.

The Cabinet decision to approve BexleyCo was unanimous as it always is.