Some of my regular correspondents took a pretty dim view about Mr. Akin Alabi, Bexley Council’s Head of Legal being unknown to any of the UK’s legal bodies. The Bar Council said he wasn’t a barrister and the Law Society said he wasn’t a solicitor. 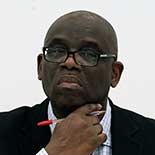 When Mr. Alabi was recruited the terms of employment insisted that he must be one or the other.

Questions were asked of Bexley Council and as is their way they dodged and dived to avoid answering any of them. Eventually their evasions, sometimes less than honest evasions, created deep suspicions among those asking the questions. Foremost among those suspicions was that the question dodgers must be a bunch of crooks with something to hide.

That may be true but my take on the matter was different. I thought it more than likely that Bexley Council had abandoned its criterion that the appointee must be a qualified lawman.

The cynic in me thought that it would suit Bexley Council to take legal advice from someone who had no need to adhere to the strict stipulations of the UK’s professional bodies.

Bexley Council could have pulled the rug from beneath their critics by admitting they'd recruited a man unrecognised by the UK legal profession and there would be nothing anyone could have done about it. ignoring their own recruitment procedure is not a crime. Masquerading as a solicitor when unqualified is.

But transparency is not part of Bexley Council’s vocabulary. There have been innumerable examples of them lying rather than admit they might have deviated from the law or their own rules in some minor way which few would care about. Being crooked comes naturally to them as was amply illustrated by the Cheryl Bacon case.

One of Mr. Alabi’s principal roles is to be Monitoring Officer, a sort of judge within the Council and that job is being taken away from him. About time too some will say; but is his replacement likely to be any better? 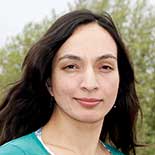 Well Terry Osborne does appear to be a qualified solicitor but will she adopt the high standards expected of a solicitor? Things don’t look good in that regard.

In a complex argument between solicitors a black African lady alleged discrimination by Brent Council regarding her job application. An Employment Tribunal agreed that she had been less favourably treated than the white applicants but only one of the three judges said it was on racial grounds.

It was ruled that Brent’s solicitor Ms. Terry Osborne gave preferences to her friends and that her behaviour had been ׅ“reprehensible”.

There was an appeal by the black applicant but it was ruled out of time over which the Tribunal expressed “some regret”. It said that Brent Council “emerges with no credit whatsoever”.

A reprehensible individual who does favours for her mates will be exactly what Bexley Council would be searching for. Top marks to the recruitment agency which found her.