The Erith & Thamesmead hustings were not well advertised and I believe there may have been a football match on somewhere at the same time. When I arrived at The Link I was surprised to see the meeting described as a youth meeting. Oh well, I went in anyway.

I looked around just before the start and thought the audience numbers might be close to 20. Later on I concluded that a generous estimate might be nearer 30 with no more than half a dozen showing any sign of youthfulness. People were drifting away during the meeting; was it really that boring?

I’ve no idea of any normal format for a hustings but this one consisted of four set questions with only a minute allowed for each candidate’s response followed by a few more questions from the audience.

Temi Oludu didn’t show up. Presumably if you have God on your side, you have no need for any more support. Simon Waddington (Lib Dem) was a no-show too but fielded a substitute, Drew Heffernan.

This is not going to be a verbatim report of what was said, I think there is going to be an edited video for that, and where do you think I would get the time to do it? Instead I shall tidy up my constant scribbling.

Apart from the wide policy differences between Edward Baxter and Teresa Pearce, there was also a marked difference in style. I doubt anyone will vote for Edward Baxter so not unnaturally he name dropped Theresa May as the person to vote for at every opportunity but to his credit he only mentioned “coalition of chaos” once.

By contrast Teresa Pearce didn’t mention her party leader’s name presumably because she thinks we are more likely to vote for her than Jeremy Corbyn.

Among the also rans Doro Oddiri was by far the strongest contender. His views might appeal to old school Conservatives such as me who still finds voting for Teresa, excellent MP that she has been, a step too far. I am seriously thinking of voting for Doro as a way of ensuring that Teresa is returned without having to actually vote red.

No one who knows local Conservatism as well as I do could possibly vote for anyone connected with such a bunch. On the other hand maybe Edward is not too closely connected, none of the local shysters felt able to be his agent. You would have to have a very cold heart not to feel sorry for him.

But down to business, what did they say? 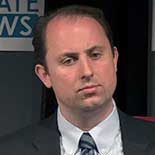 Edward Baxter: Conservative
• An experienced business man and representative of the party able to deliver the best Brexit deal possible, a strong Britain and a strong economy.
• Has met the Minister of Transport to plead for more peak hour Southeastern services.
• The area is massively under-resourced for transport. Thames crossings must be part of the solution.
• Crime has fallen by more than one third since 2010 and the Conservatives have protected police budgets.
• (On crime.) We need an economy which can provide jobs and aspiration.
• Only Theresa May has clear objectives for the best Brexit and can deliver it. The alternative is a coalition of chaos.
• Brexit will be positive with Theresa May in charge.
• There is no Dementia Tax. Young people should not have to fund care of the elderly.
• There is a huge difference between the parties. The choice is between Theresa May and Jeremy Corbyn. Three quarters of his MPs do not support him. Vote for me standing with Theresa May.
• Carers are an invaluable resource. Unsure if the low pay for carers was in breach of minimum wage regulations.
• I’m standing with Theresa May. 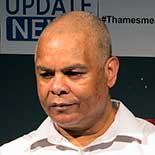 Ronie Johnson: UKIP
• 15 years in the constituency working at a Young Offenders Institute. Wants a better Thamesmead and better job prospects.
• £450,000 is far too much for a house in the area giving young people no chance of getting on to the housing ladder.
• Southeastern has failed passengers with high prices, delays and cancellations. The DfT has dramatically under-estimated population growth.
• A nationalised railway will not work but the companies are not accountable for poor service.
• There is no magic bullet for gang crime.
• The £1 billion raised by the Liberal Democrats’ drugs tax would all be spent on mental health issues.
• Contrary to the Conservative’s claim, police numbers have been reduced by thousands.
• Leaving the EU might be tough but companies like Weetabix which source all their materials in the UK have put up prices because of greed, nothing else.
• Lib Dems break promises. UKIP is what you see is what you get. 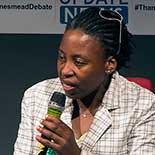 Claudine Letsae: Green Party
• Stands for reducing poverty and not scapegoating immigration.
• Improve cycling routes.
• Doesn’t want a return to British Railways but it is wrong to have placed rail operations in foreign hands.
• There has been a huge reduction in community policing in Thamesmead which must be reversed.
• (On Brexit.) The will of the people should be respected but we need a second referendum.
• A second EU referendum will not undermine the democratic vote to leave but the people must be allowed to exercise their choice again. We ought to think again.
• I would prefer proportional representation. 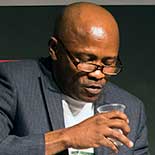 Doro Oddiri - Independent
• Bachelor of Science experienced in both law and IT.
• Very much in favour of regeneration which should be on brown field sites.
• The government was wrong to have extended Southeastern’s franchise.
• The train companies have got away with far too much. “Sack them.”
• Would negotiate with gang leaders through meetings.
• More youth centres are required.
• We must get the best Brexit deal and raising Corporation Tax and nationalisation are both madness.
• It would be treachery to go back on the EU referendum decision.
• (Referring to the Lib Dem’s wish to retain a single market and freedom of movement.) We cannot pick and choose which bits of EU legislation could be retained.
• The Lib Dems have lost the plot.
• Main stream politicians lie and waffle. Tired and fed up with them. Nick Clegg should resign.
• Crime free immigrants resident for ten years should be allowed to stay. 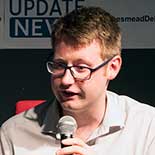 Drew Heffernan standing in for Simon Waddington: Liberal Democrats
•Member of Amnesty International and worker in Special Educational Needs schools.
• Rents are too high, more social housing required.
• Affordable housing is not affordable.
• Bexley Council’s planning department is inadequate. Peabody had to fund the extra planning officers required to ensure its own plans could be considered in good time.
• Take Southeastern’s franchise away.
• More transport options are required.
• The war on drugs has failed. Decriminalise cannabis and other drugs. Taxing drugs would raise £1 billion per year.
• (On Brexit.) The Lib Dems are the pro-remain party. Opportunities will be lost by the lack of EU funding.
• Against Brexit. Must have a referendum to change our minds.
• The Dementia Tax is an absolute shambles.
• We must take a strong stance on Europe and must have a second referendum to change Britain’s future. 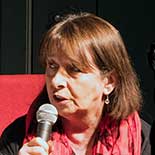 Teresa Pearce: Labour
• Proud to be Erith and Thamesmead’s voice in Westminster for past seven years.
• There is a housing crisis in every street and families need proper houses with gardens, not flats. Fuel poverty is a serious problem.
• The area needs more doctors and shops.
• Affordable housing is not affordable.
• Southeastern is disrespectful to passengers, it promised extra seats but they were only provided off-peak. In favour of nationalisation.
• The rail consultation read like a proposal to renew Southeastern’s franchise.
• More transport choices required. DLR to Abbey Wood and cross Thames bridges required. Better buses; eight minutes by Crossrail to Canary Wharf but 40 minutes on a bus from Thamesmead.
• Gang, knife and drug crime is rising and the police cannot cope with the budget cuts.
• The elderly are scared of kids and the kids are scared of other kids.
• (In response to Edward Baxter’s question about Labour’s John McDonnell wishing to disarm the police.) “I’m not here to speak for John McDonnell but you seem to be here to speak for Theresa May and neither name is on the ballot paper.” (Mr. Baxter had made it clear he was there to represent Theresa May, not himself.)
• Brexit is a disappointment but the issue is settled. There were lies on both sides but we have to make Brexit work.
• There is no point in bringing powers back from Brussels and give them to Westminster. They must be devolved back to regions.
• The suggestion that all parties are the same is false. She would not stand on Edward Baxter’s manifesto nor he on hers.
• (About a suggestion that paying carers £63 a week is illegal.) Carer’s allowance is less than job seeker’s allowance. A first step would be to correct that.
• Always tell the truth even when it is unpopular. My voting record is on line.
• Vote for the party that sounds most like you.

Thanks Teresa, that sounds like a recommendation that I should vote for Doro or Ronie. Looks like a good tactical vote to me.

Note: The above is written from copious notes, not an audio recording. I am not aware of anything significant being omitted. If some comments sound repetitive, that is because they were.