A return visit to the L&Q house at first suggested things were better. The disabled lady occupier tries to keep it clean and tidy and is not afraid to go around with a paint brush. She is no longer able to look after the garden but apart from that first impressions are not at all bad but the detail tells a different story. 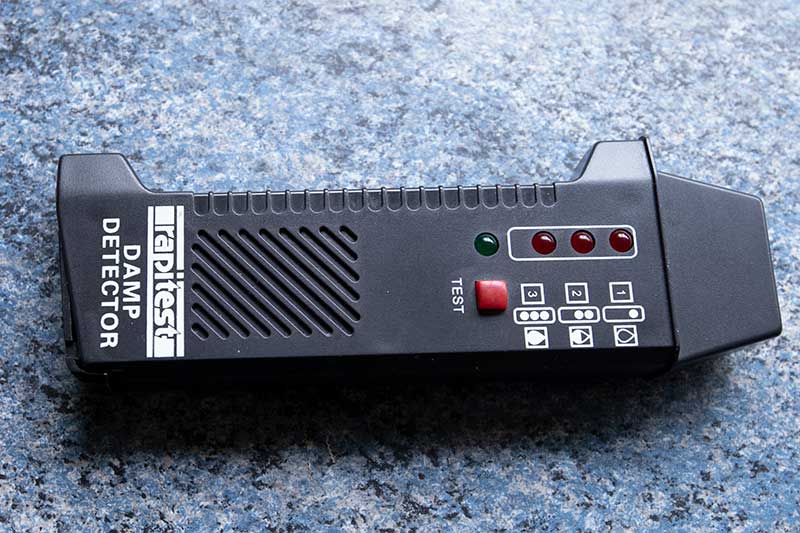 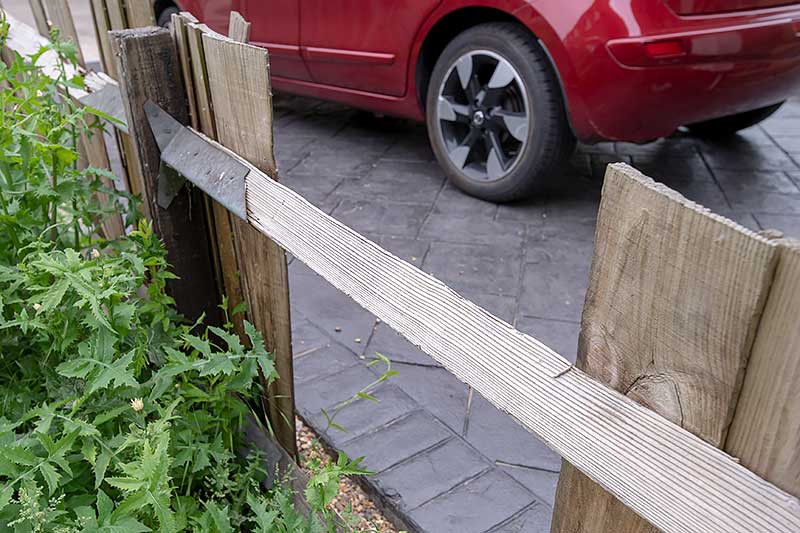 As noted following the first visit too much of the house looks as though it has been subjected to the attention of a mad and incompetent DIYer anxious to get away and back to the pub.

Thanks to fresh paint the signs of damp are much diminished but closer inspection shows it bubbling through. Damp in the external walls has caused frost damage and the occasional brick has burst open and surface efflorescence can be seen here and there.

Nothing is done right. A new mortice lock has been put in crooked and the wooden frame has been splintered. Probably vulnerable to anyone with a malevolent shoulder.

Five unearthed power sockets have been taken out of use and replaced with surface fed units. Plastic trunking, some of it already falling off the wall, is a major feature of the decor. Would you willing accept one bodge job on top of another? 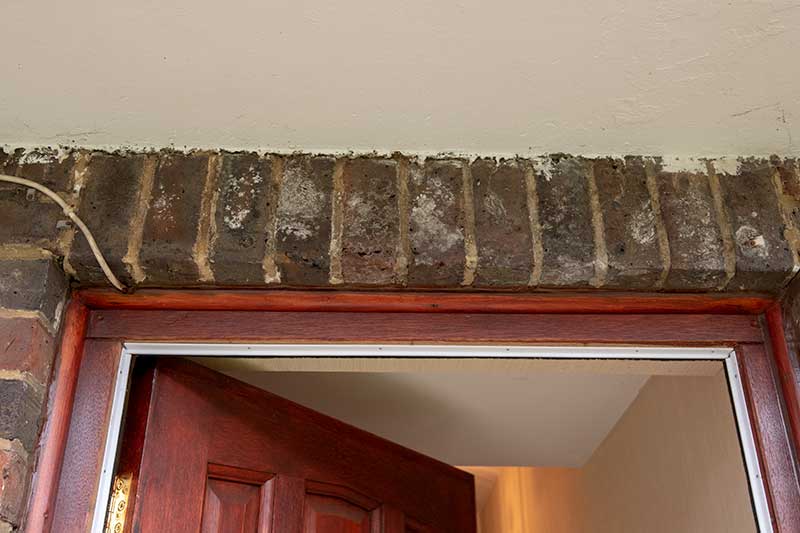 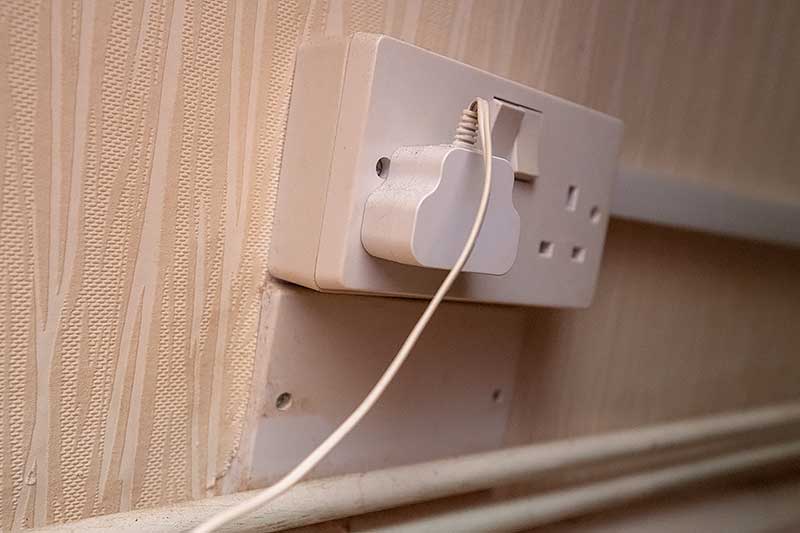 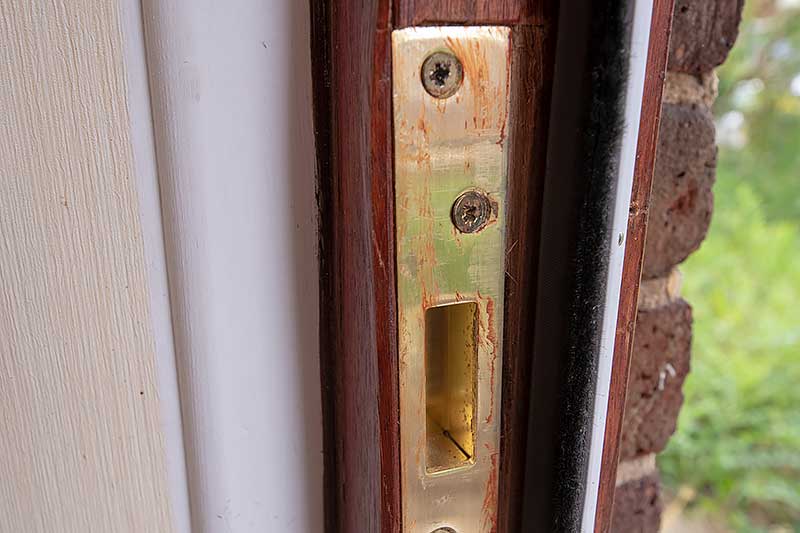 The lady’s main concern is damp. She puts down salt to deter the slugs and snails and employed a surveyor; his test meter detected 51 places where damp was a problem. The tenant bought her own. (Photo 1.)

She says that when it rains the gutter overflows. It is an ordinary plastic gutter which serves four adjacent houses. At the end of last year L&Q were persuaded to replace it with one of larger capacity. They erected scaffolding - that is how the fence came to be broken - but on the appointed day the maintenance team failed to show up. Then someone else got involved and said the existing gutter was perfectly adequate.

The scaffold was taken away unused.

This video suggests there is something very wrong with the gutter. A possible cause of damp walls may not need a surveyor with a fancy meter, someone from L&Q with some sense and a ladder might be enough.