In the gutter of public service
Remember this? It is the overflowing gutter at an L&Q managed house which causes all sorts of problems with damp. It was first published here in June last year although the video is actually several months older.

Nothing has changed apart from two things. The lady occupant says her doctor has written a supportive letter blaming damp for exacerbating her lung condition and L&Q has responded by limiting her ability to make complaints. Their equivalent of Bexley Council’s vexatious procedures. She also says her continued tenancy is under threat if she continues to complain.

Why is it that so many people who gravitate into public service jobs are totally unreasonable? My own theory is that they are bossy people who lack the intelligence to work their way into influential positions by dint of their own merit. They can only do so by hiding behind petty rules and regulations.

Spreading his tentacles wide
Kulviner Singh’s company has made another planning application. Not for the first time he favours old pubs and has the land behind The White Hart in Erith High Street in his sights. God help the neighbours.
18/03247/FULM

238 Woolwich Road
The notorious ‘nuclear bunker’ that encroaches on the Lesnes Abbey Wood and destroyed the immediate neighbours’ gardens is subject to yet another planning application. It’s to retain the walls that have been built in the back garden. Presumably someone thinks it stands some hope of overturning the enforcement notice issued a month ago.

Freedom of Information
I occasionally take a look at the FOI responses that Bexley publishes on its website and it’s not difficult to feel sorry for the people who have to answer some of the questions. So much of what may be found there could easily be labelled trivia.

My last look made me wonder if Bexley Council is carefully censoring the things it would rather not make too public. I couldn’t find what I was looking for.

Last week someone sent me their FOI response, it listed every road and car park in Bexley that had been the subject of a PCN.

I found the figure relating to Yellow Box Junctions a little surprising. Seventeen months ago the departing Finance Director Alison Griffin let slip, maybe deliberately, that Bexley was looking to raise an extra £500,000 from merciless enforcement of Yellow Box Junctions in 2018/19. The FOI reveals that the number of PCNs issued last year was…

So about 2,400 a year some of which will be successfully appealed and many will be discounted to half price. At the very most it adds up to no more than £300,000.

In the whole of last year only two penalties were issued in my road and in the local shopping street, Wilton Road, there were only 13. Probably because continuing Crossrail related road works have destroyed the yellow lines. 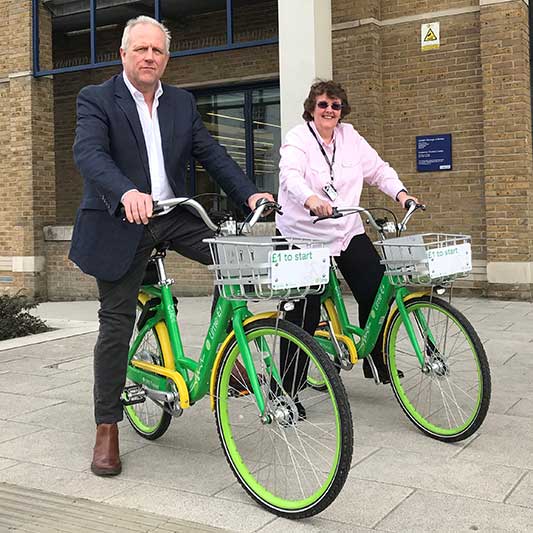 Bexley Council is considering throwing in its lot with bike sharing company Lime. They will cost 15 pence a minute. If you manage to go flat out and do 20 miles per hour that’s 45 pence a mile.

I think I will stick to my car. Costs nothing to run.