There seems to be a lot going on at the moment which is not really ready for any sort of formal report. One little thing first; the gradual reopening of Harrow Manorway seems to have produced its first serious road accident. 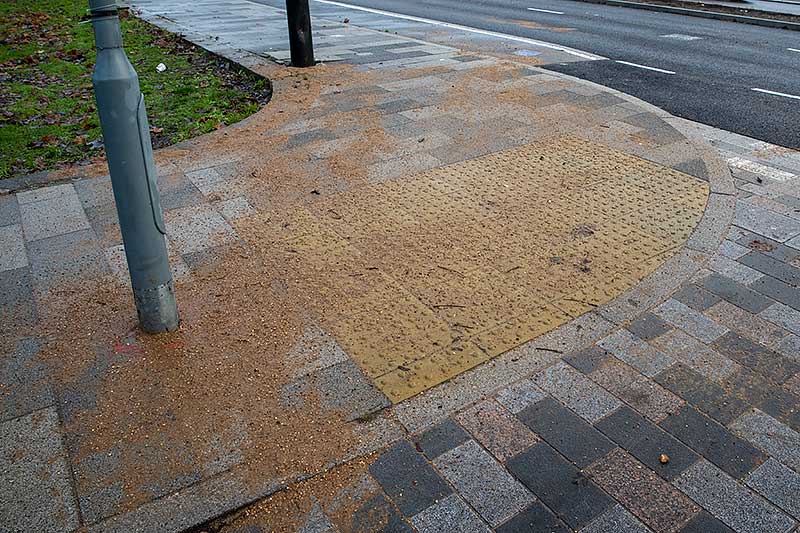 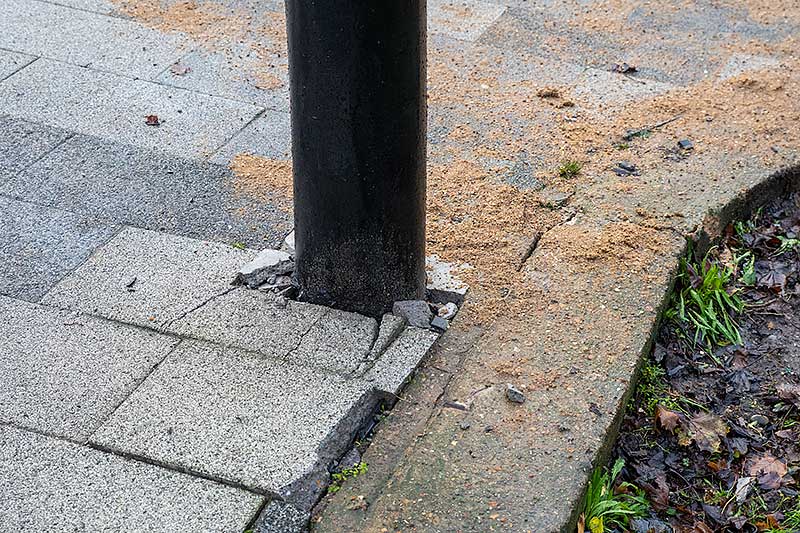 The lamp posts appear to be effective road bollards because a car drove into one at speed - pursued by police according to reports - and it has barely shifted. However the consequences are said to be severe with the driver cut from the wreckage and someone - a passer by? - being given CPR. If you can believe Facebook of course.

The sand spread over the footpath suggests it was a nasty one. (It was confirmed later that a pedestrian was hit by the speeding car and critically injured.)

Of wider interest may be the protests against Bexley Council’s plans to build over yet another park. This time it is the turn of West Street Park in Erith to be exploited by the less than successful Council subsidiary BexleyCo. 19/02645/FULM.

21 mature trees to be felled for 30 more homes and as is to be expected in Bexley, not a single one ‘affordable’.

Council Leader Teresa O’Neill has said she expects Bexley residents to be given priority in any queue for purchase. How she plans to do that with houses sold on the open market is not clear.

The pressure group looking after Erith’s interests is Erith Think Tank and it is planning an exhibition in the park next Saturday 30th November. A Press Release is due soon and the closing date for objections is December 2nd.

if building goes ahead 30 or more people will be taking the short walk to Erith station (along with 8,000 more in the planning pipeline) and quite how the trains will cope is uncertain.

Fortunately there is another pressure group to tackle that. It is the Lewisham and Bexleyheath Community Rail Partnership and their first report on how they think the railways should be re-organised in South East London. It is very comprehensive and is full of ideas which have not been floated elsewhere, such as not extending Crossrail to Ebbsfleet but instead sending it down to the Medway Towns in a similar fashion to what is happening out to the West. All the local wannabee MPs have been offered paper copies.

David Evennett (Conservative, Bexleyheath and Crayford) is unique in getting an altogether different document; one about the racism alleged to be widespread in Bexley Council.

When I read it I found it so extreme that I doubted it could be true. The allegation is that a mixed race school girl was so badly bullied over her ethnicity that she attempted suicide. Bexley Council in their wisdom decided, if you can excuse the expression, to kill two birds with one stone by settling that girl with a troubled white family in the expectation each would help the other - or something like that. The case is extraordinarily complicated and at face value at least appears to be far fetched. Would Bexley Council really take a half-Asian girl away from her parents without their consent or the daughter’s agreement in order to improve the lot of an allegedly unstable white family?

Most people would think not but I have come across far too many extraordinary child abductions by Bexley Council in the past, so I tracked down one of the parents and made a phone call.

I still don’t understand it all but I do now have a few more documents which appear to support the case. Because Bexley Council is being unresponsive the father did what anyone might do, contact his MP. That has gone nowhere too.

Here’s an extract of a letter sent to Mr. Evennett more than a week ago. He has not seen fit to respond, neither he nor Bexley Council has asked for any of the allegations to be taken off line. If even a fraction of it is true the Council will be in big trouble. Possibly Director of Children’s Services Jacky Tiotto knew exactly when to jump ship.