Their communications have been somewhat chaotic but Bexley’s refuse services masterminded by Cabinet Member Peter Craske have done a sterling job in the face of much ill tempered criticism. My brown bin was emptied this morning which means that only one collection was missed and my usually almost empty green bin, now full of neighbours’ stuff, awaits a collection. It’s been waiting a month but these are exceptional times. 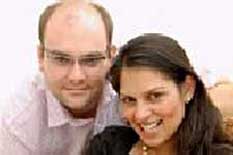 I can imagine that Cabinet Member Brad Smith (Care Homes etc.) is quietly working his backside off and maybe Philip Read (Children in Care etc.) has a major job on his hands too. But someone is badly letting the side down.

My care responsibilities in East Ham took me there last Wednesday morning. Recently I have been driving over late in the evening so that I am in contact with absolutely no one. Even by day cocooned in a car the risks are minimal, less than usual maybe because Newham Council has done the decent thing and stopped enforcing residents’ parking bay regulations.

As far as I can tell so have most London boroughs but not of course Bexley.

No one is asking - well some are! - for all the Traffic Wardens to be taken off the road, only that Bexley Council shows some compassion but instead it prefers to live up to its old Bonkers’ tag line, ‘Dishonest, Vindictive, Criminal’.

The problem is residents’ bays; there are not only people forced to work at home who have had no need to buy a permit but there is also the question of those like myself who are having to make additional visits by car who are unable to get their hands on a Visitors’ Permit.

I have many times heard the responsible Cabinet Member say in Council that he believes that motorists are too often given a hard time but while yet more revenue raising traffic enforcement cameras are installed I have wondered about just how sincere he is with those comments.

The past week or two have given us the definitive answer. It was total BS and all that matters is money.

Inevitably Bexley Council has had to lie about it and claim that every Council in London is doing the same.