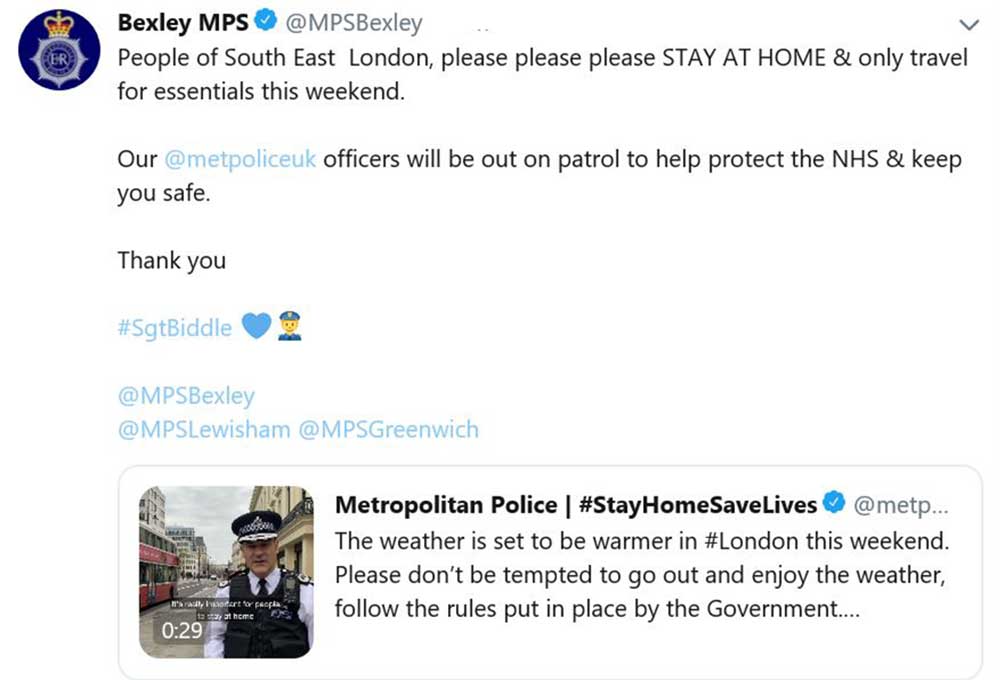 So far at least the revellers who mobbed Lesnes Abbey a couple of weeks ago appear to have caught a dose of common sense. From my bedroom window this morning I have sometimes seen no one there at all and never more than one or two. However it may not have been like that last night.

There were numerous reports on the local Facebook Group and a few on Twitter that a gang of Asian youths and young men, a dozen or more of them, had arrived in four cars and moved in further up the hill with crates of beer and a barbecue.

Some people living nearby claimed to have called the police but despite the youths making a lot of noise making tracking them down easy, no police showed up.

Darwinism may be welcome but not when they pass their infections back to their elders and go shopping for more beer.

Meanwhile Abbey Road remains quiet today while loads of Facebook posts report that nearby Brampton Road is very busy. Can that be because people are fed up with the supermarket queues and are using the smaller shops?

Now it’s back to shed painting for me. Stay home, stay safe.