I’ve been thinking, dangerous I know, but I have come to the conclusion that the arrangements made over recent weeks by supermarkets only make sense for those shopping for themselves or for a single household. Anything out of the ordinary and they have the potential to starve people to death.

I was reading yesterday how the blind can be in serious trouble but I shall bring things closer to home on the assumption there must be thousands like me who have to shop for themselves and for someone else. Maybe a housebound 100 year old lady with no teeth. 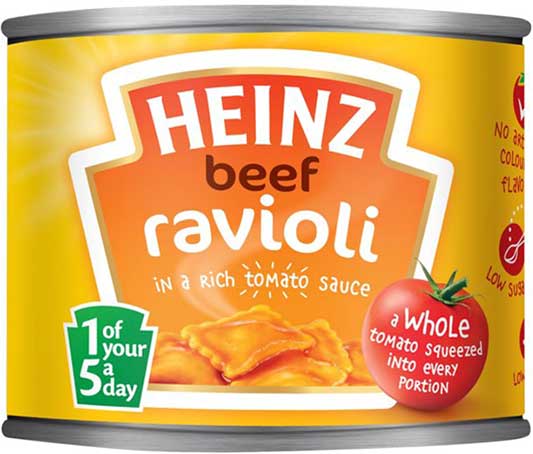 Her diet has deteriorated to the extent it consists of 200 gramme tins (sometimes smaller) of ravioli, bolognaise, macaroni cheese and spaghetti supplemented by the occasional frozen ready meal. Cottage pie, bolognaise, lasagna, that sort of thing that requires little chewing.

For a dessert there might be a trifle or prunes and custard. Apart from that she is partial to salt & vinegar crisps, sweet jellies and swiss roll. And that is the way to live to be 100 apparently.

Before the Chinese Flu gained a foothold I would deliver four or half a dozen tins and two to four ready meals every time I went to East Ham. Some days two tins are used, one at lunch time and another in the evening. A couple of weeks ago I counted 47 tins in her cupboard but they, like toilet rolls, are vanishing at an alarming rate and I have yet to find a single replacement on a supermarket shelf, only a couple of tins of baked beans which are not her favourite.

The supermarket rules would have me queue for half an hour to get in and buy two tins, except that as yet there has never been any there.

Assuming there was I would then have to drive 28 miles to deliver provisions for one day. And do it the next day too! It’s nonsense putting me and anyone I might encounter at far greater risk than is necessary.

There must be others facing similar problems, please let me know if you are.

It’s no good suggesting on-line shopping, firstly you’d still be up against the no more than two rule and secondly the door would not be opened quickly enough or maybe not at all.

Same with the Council emergency deliveries, they are designed for people with teeth. They do not cater for those with dietary diseases either. White bread and digestive biscuits (†) have been known to put me into hospital, the last thing I would want now.

Anyone know where one can buy these tins in bulk? Maybe I should call in a favour from the Abbey Wood Traders’ Association.

† Actually it was two big Cumberland sausages served up by a friend. I stupidly forgot they would be stuffed full of wheat filler.