Yesterday afternoon I drove to Newham to deliver the old lady supplies of food and Dettol and whatnot. Her previous delivery was on 1st April and I had not seen her since the middle of March. I debated with the sole carer whether I should go into the house and as my isolation has been somewhat extreme we agreed I should carefully go inside.

Newham has six days a week Controlled Parking Zones so naturally I checked their website to see what they were doing about Parking Permits. The reassuring summary is shown alongside.

The detail is shown below and the information provided by Newham Council is both enlightened and helpful. It shows total understanding for the predicament that some of their residents will find themselves in.

Contrast that with the almost hateful attitude of Bexley’s money grabbing Council, not to mention their lying Tweets. 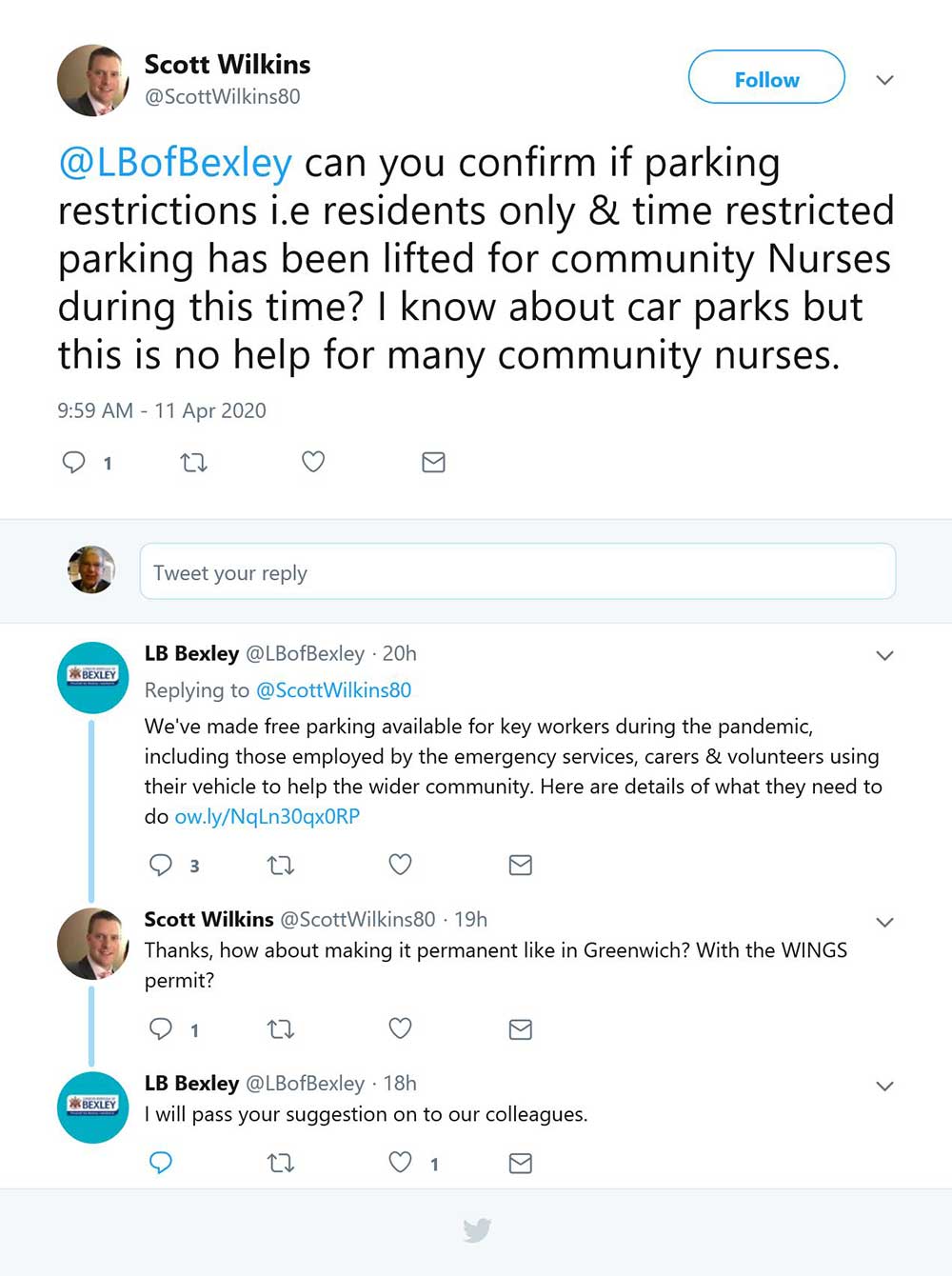 The day time visit to East Ham wasn’t a total success and I will not be keen to do it again. The house is typical 1890s terrace. Front door and straight through the hall to a narrow kitchen and back door to the garden. Living accommodation on the right.

I dumped a whole load of food into the kitchen, the fridge and the freezer. Exchanged a few words through the open sitting room door and went into the garden to mow the lawn.

After bagging up the cuttings to go into my brown bin - Newham has no garden waste service as we in Bexley would recognise it - I found my way back into the house blocked by a centenarian standing at the back door absolutely refusing to go back inside so that I could pass by at a decent distance.

Gentle persuasion having failed there were some loud and probably harsh words involving hospitals and an agonising death. Eventually they prevailed and I took the black sack out to the car.

Unfortunately I decided to return to the back garden to water some flowers in pots and the back door blockage and stern conversation recurred. I was saved only when my aunt decided she needed to visit the toilet.

Later I tried to explain what was going on outside and switched the TV to Sky News where she read out loud the subtitles of a documentary about the Italian crisis. It must have made a small impression. She quite sensibly, in a way, said she would be best to not be in this care home any longer and would I take her back home to East Ham.