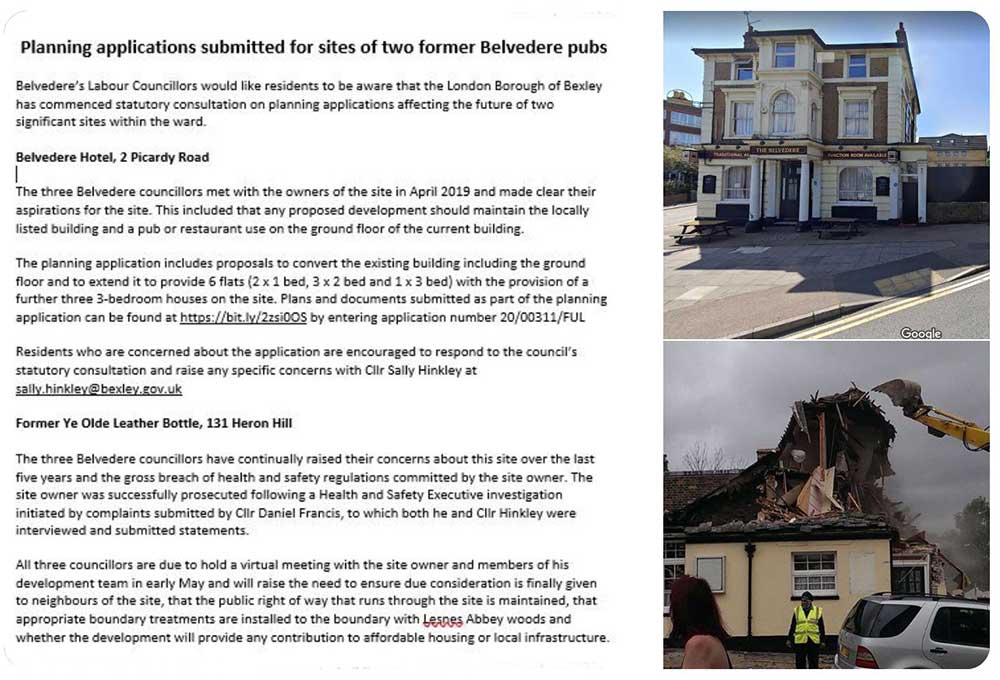 131 Heron Hill is never long out of the news, once the address of Bexley’s oldest pub, Ye Olde Leather Bottle but for the past five years a dangerous blot on the local landscape.

Yesterday news broke that the site was the subject of a third planning application. 20/00857/FULM. The developer has switched from houses to a three or four storey 70 bed care home.

The local Labour Councillors put out the Tweet shown here which also refers to the Belvedere Hotel although it might be easier to read on Facebook.

The site has an unenviable history, the pub knocked down without prior warning, Bexley Council looking the other way and ignoring the protestations of local residents and Councillors alike and eventually the site owner being prosecuted by the Health and Safety Executive and found guilty last year.

The following blogs provide the history…

﻿
Note: The list within this blog should appear in two or three columns dependent on screen width but not all browsers support multi-column mode.