10 February (Part 2) - Bonkers has been to Weight Watchers

A little bug showed up this afternoon which for a short while put Bonkers off line and is still not fixed (†), but basically the site is ready for further development as and when any Bexley news comes along.

Why did I bother? Well those 40,000 files and 100,000 hyperlinks were getting to be beyond practical management and the limited software tools I have were not up to fixing it, in fact occasionally they screwed things up further.

The home made code was getting into a right old muddle and there was lots that was simply a hangover from the distant past and was ripe for the chop. The routines that at one time put up little advert panels (no longer required) also grabbed the current date and used it for page titles. (Definitely required.)

The code that allowed users to change font size which was incompatible with use on Mobile devices was still there but disabled. So was the code that would wipe the banner image clear of text and icons for a clearer view. More recently the Facebook links were still there but not in use. It was a big haystack and there was no knowing what might be lurking there.

Not long ago I found a page that referred to a Cabinet Member who had reported me to the police for allegedly harassing his daughter. At the time I wasn’t even sure he had a daughter, I certainly didn’t know her name and she didn’t get a mention here but I had somehow harassed her. A report from a neighbour had pointed a finger in her direction, again without names so how could I know? The police climbed down after six months with me on tenterhooks but he left the Council last May so I removed references to that incident from the site.

Recently I discovered one page remained. I know how, I removed all the pages that were linked from an Index page. One had been missed off that Index page.

Manually hunting around I found a few other errors. The Menu is produced by a free utility. The code is not complicated but there is a lot of it. Sometimes I use the utility, at other times I merely tweak what it generated last time.

I found that because of that, a Menu item was coming and going. Or rather going and coming. It went when I tweaked the code and came back when I auto-ran the utility. Maybe not the biggest of problems, it would have given a Page not Found error.

A few folders which I felt might be useful one day were password protected and the links removed. A utility I used rarely and which is supposed to clean up the site managed to put some of it back. A page devoted to the worst of Cabinet Member Craske’s excesses came back while I was convinced his reputation had been protected.

How could one trace any more among 40,000 pages? Reading them all would take a month of Sundays. I hit on a quicker way. Take them all off line. For a while I considered leaving things that way but enough messages came in to encourage otherwise. “I see you as a sort of Public Service Broadcaster”. And from a Councillor, “I use it for checking back on old things, better sometimes than the Council’s website.”

Hence the decision to continue but with very much slimmed down code and a whole load of pages disappeared completely instead of just being hidden and the danger that someone would remember where they were. 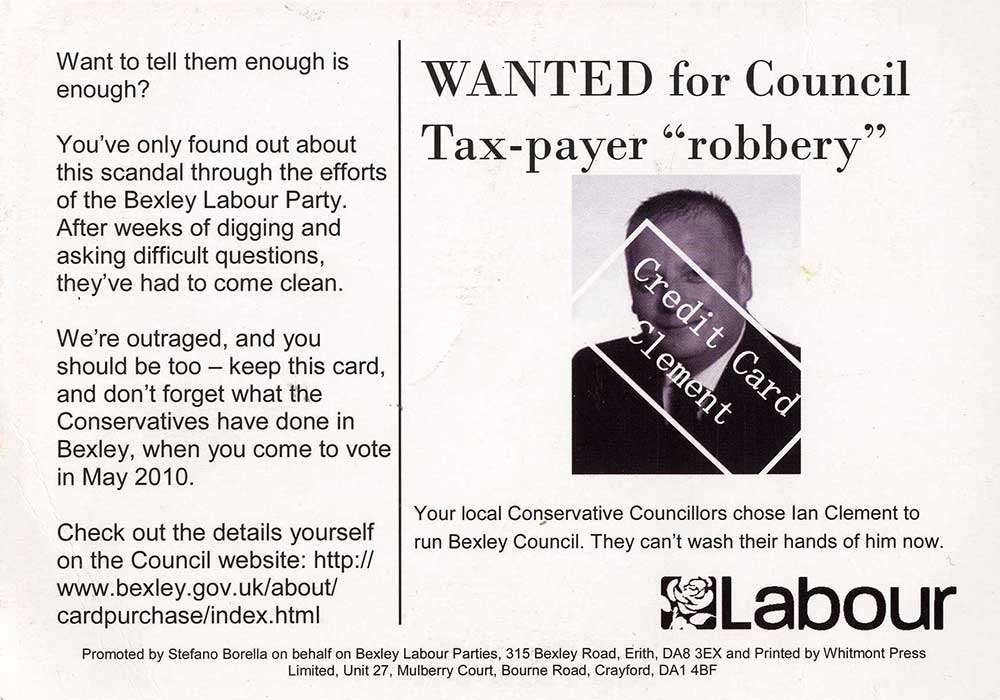 Do we really want to know about the Chief Executive who engineered a £300,000 sickness pay off, a £50,000 pension which we are still paying and who promptly got himself a similar job elsewhere? Similarly the Council Leader who enjoyed his Council provided credit card rather too much.

Is anyone other than me interested in an archive of old Home pages going back ten years? What about the page that displayed all the various banner images as a list and with the press of a button allowed the overlaid text to change colour? I bet no one but me knew it was there.

Does anyone care any more which Mayor wrote to a member of the public to reprimand him for not clapping her loudly enough?

The old Blogs, now renamed Comment which may allow more off-topic material, will gradually return. The very oldest already have. There is nothing controversial in them because I didn’t go to a Council meetings until the end of 2010. Then they accused me of Harassment for “criticising Councillors”. Probably that one will come back as will all the meeting reports.

Old blogs are now going into a new folder named comms - just to be both different, short and alphabetically more or less unchanged.

I had thought I would leave it that way to break old Google links but a switch has been introduced just in case. Currently links to folder /comms/ reroute to /comms/ but that is easily switched off. Auto update of pages is also turned off at the moment which is a bit of a pain but it was that sort of thing that led to the muddle in the first place

Normal service or something near it has resumed on Bonkers.

† Fixed a few hours after writing the above. A simple typo in the code.