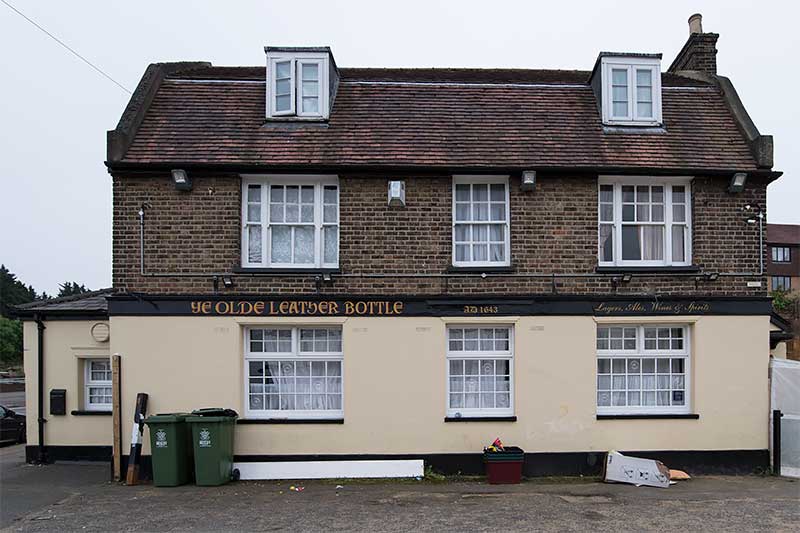 A reader suggested I take a look at the News Shopper and its report on the redevelopment plans for the car park at the Foresters Arms in East Wickham. An application to build four three bedroom houses on the site has been submitted by the Wellington Pub Company.

The reader also suggested I search Bexley Council’s planning portal for similar applications from the same developer. After going through several documents both The Drayman (planning permission granted in 2013) and Fanny on the Hill (2016) were linked with the Wellington Pub Company. There may be more.

Well in both cases Balmonza Ltd took over the sites and Balmonza is the company famed for its association with Ye Olde Leather Bottle and Lesnes Abbey Woods.

Is history about to repeat itself?

Note: Following the above publication another reader referred me to the White Hart in Erith which became the Potion Bar and notorious for the wrecking of a historic facade. Bexley Council’s planning portal again leads to the Wellington Pub Company and Balmonza’s associate company Dhadda, a link also noted by From The Murky Depths in October last year. One of my political sources doesn’t understand why “Bexley Council seems to embrace Mr. Singh”. Many of us share that same puzzlement.