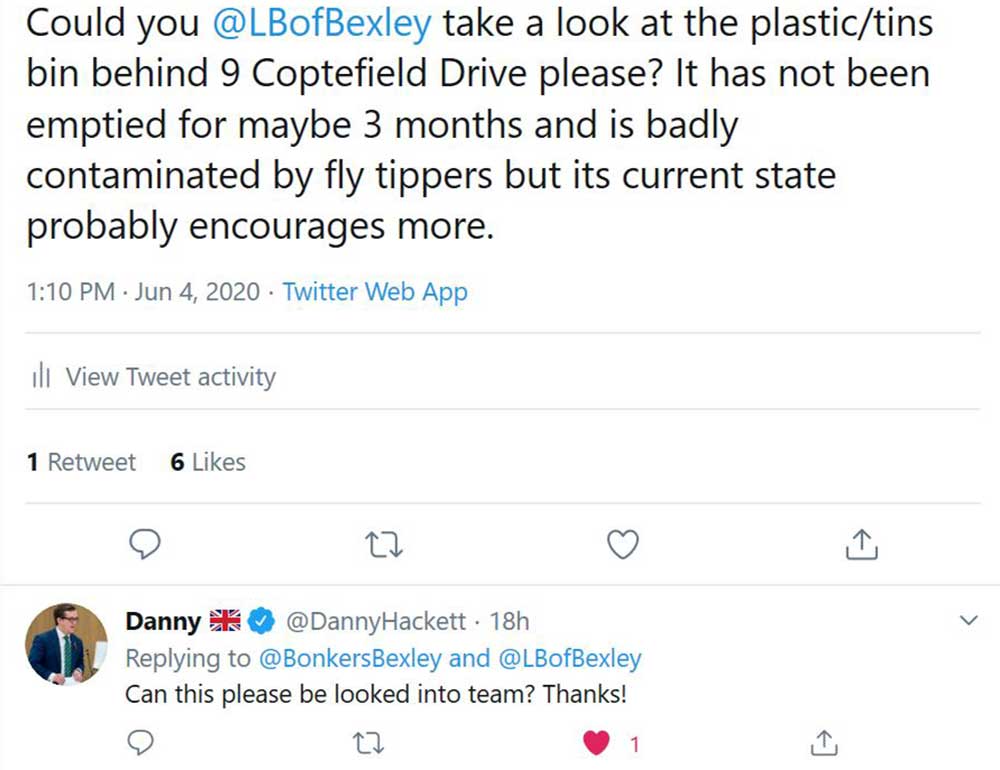 The big street style bins nearest to where I live are abused horribly, by whom I am not sure but rogue builders have been seen unloading stuff in the past.

Since the mismanaged lockdown was imposed by the incompetents who rule over us the glass and the paper bin has been emptied once or twice but the plastics not at all. I would guess it has been neglected for a full three months.

I should have reported it ages ago but Bexley Council has a long history of ignoring me so I didn’t actually get around to doing so via Twitter until almost two weeks ago. That was ignored too.

Yesterday I did so again but I was lucky to have Councillor Hackett (Independent, Thamesmead East) take up the case.

I thought I might reinforce his message with a photograph so I took the one below at a couple of minutes past eight this morning.

At ten past eight the bin was emptied although the side rubbish remains.

Unfortunately the glass and plastic bins have been swapped around. I know what is going to happen. People will blindly poke their bottles and tins into the wrong hole from force of habit. 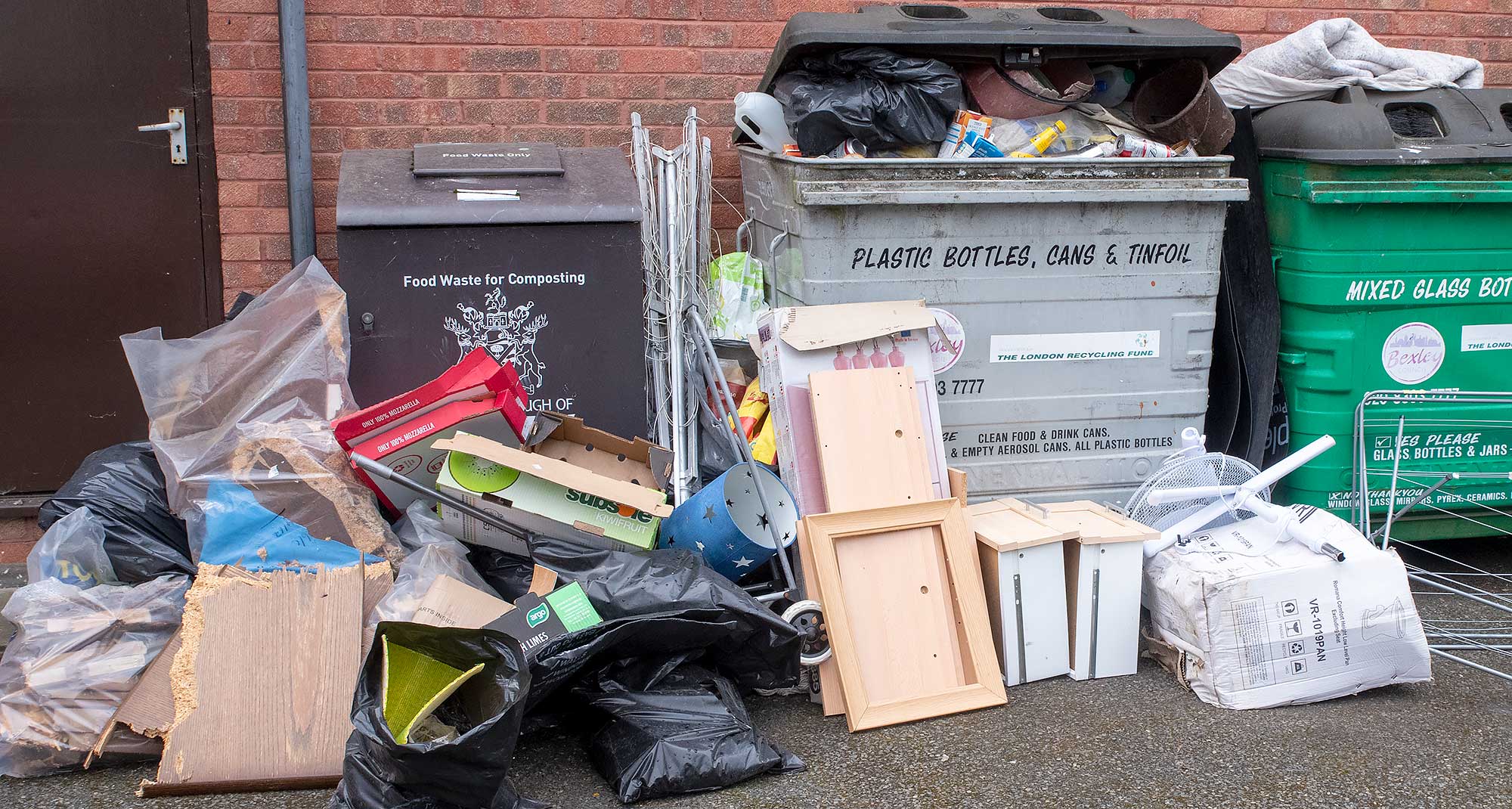