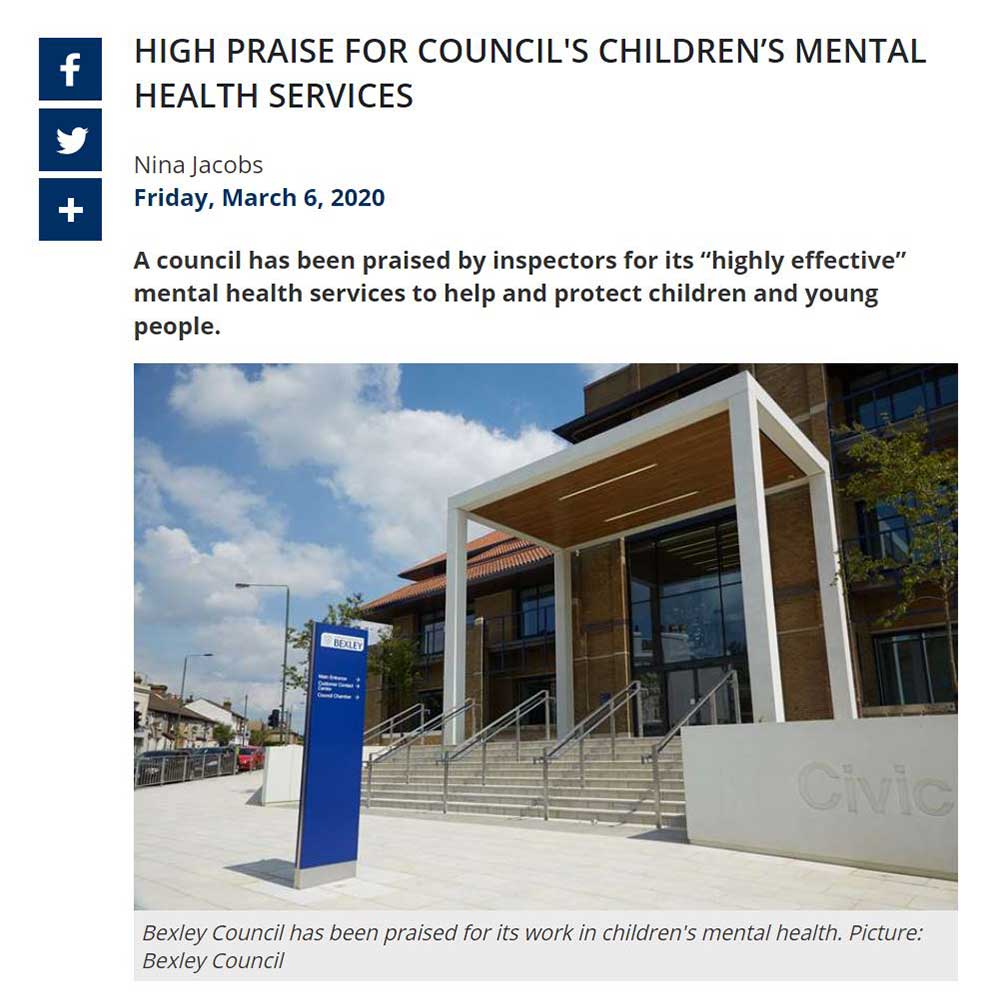 The changes in the quality of Bexley’s Children’s Care Services are being noticed far and wide. A click on the associated image will take you to the latest report of their success.

The borough has come an awful long way since it failed to take any action in the Rhys Lawrie case, a young lad from Erith who was beaten to death in his own home despite health workers, school teachers and even his own mother shouting out that he was in grave danger.

But Bexley Council was not in listening mode and neither were the police until all the evidence had been wiped away.

The Serious Case Review was written by a former Bexley Director of Children’s Services. One of many disgraceful Council episodes alluded to in recent days.

Every last one of the staff involved at the time went off to work for other boroughs or in other countries as far away as possible.

Someone has done a very good job of closing the door on that ignominious chapter in Bexley’s history and that someone may well be Cabinet Member John Fuller to which the article refers but Cabinet Member Philip Read looks to have been heavily involved too.

Philip Read to the disappointment of many appears to have given up his addiction to Twitter insults.