If you look at the scope of BiB in recent months and compare it with the borough wide news delivered five and more years ago you could be forgiven for thinking it went into Self Isolation mode a long time ago. 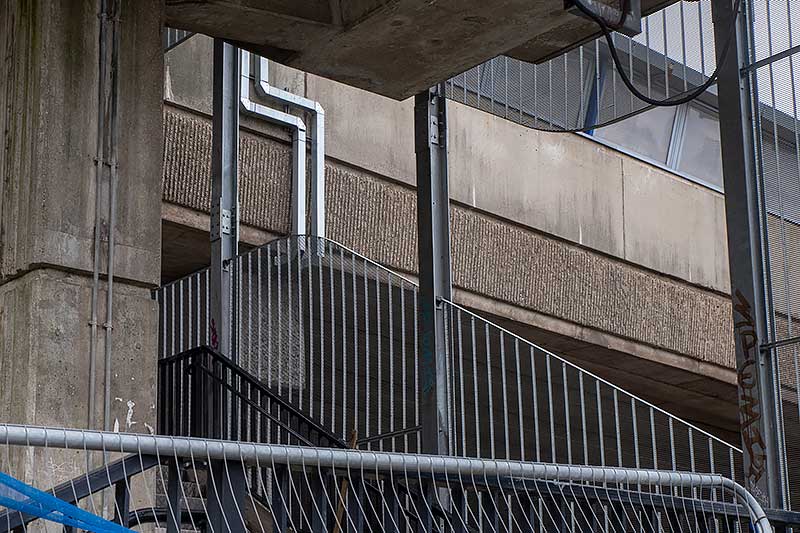 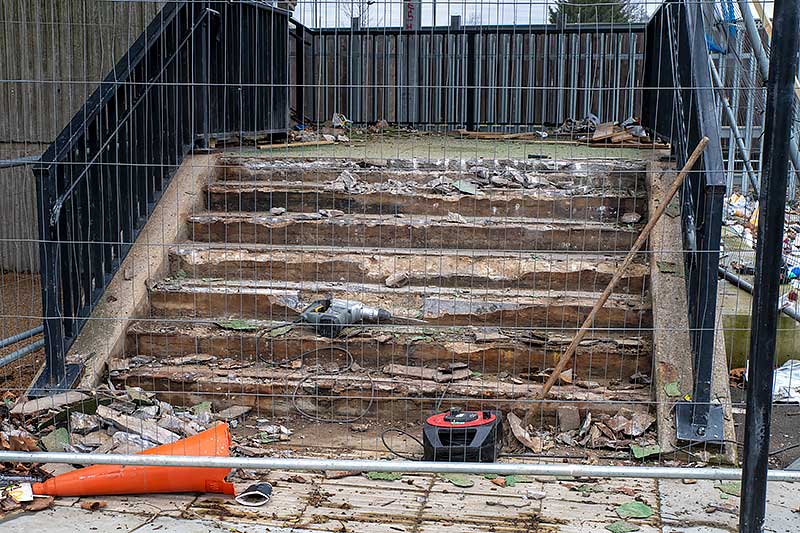 Last October some men got busy on the Gayton Road stairs and hopes were raised they might reopen soon. (Photos No. 10.)

However it didn’t happen; for five months the stairs have been neglected, not unlike the supposed finishing touches to Harrow Manorway itself.

Today two men working on the staircase said the reason is that the steps themselves were found to be in a shocking state and required much more money to be spent on them.

Another few weeks might see the steps fixed they said. I imagine Network Rail will not be too pleased to see the inadequate track protection fences. Fine for most places but in Abbey Wood bricks will be aimed at train windows. (Photo 1.) 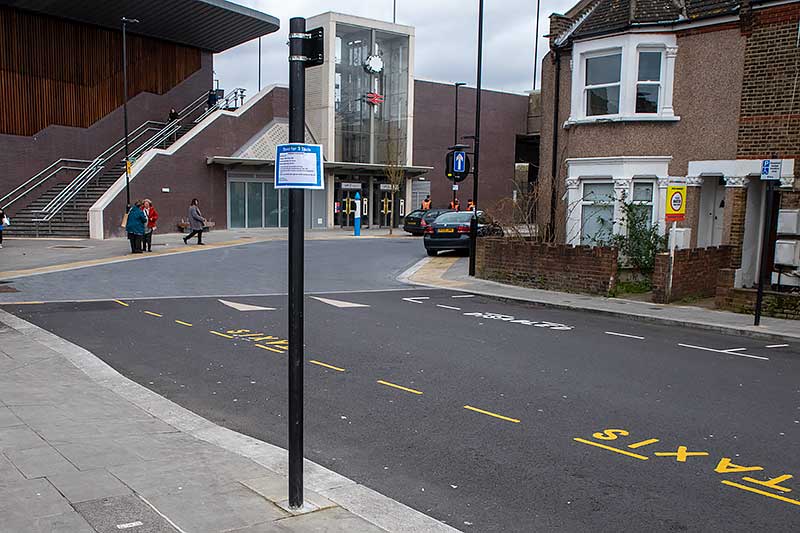 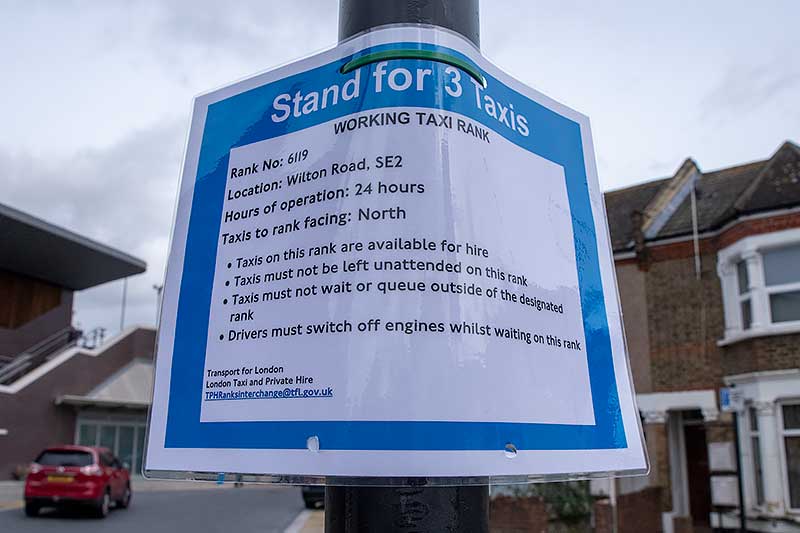 Over the years Bexley Council has taken a drip drip drip approach to attacking motorists and small businesses with parking restrictions. That way they hope no one notices.

When Crossrail first reared its head in Abbey Wood I counted the number of parking bays taken from surrounding roads. From memory it was 16 driving away more business from Wilton Road.

Three spaces in Wilton Road have now been given over to Taxis only. There are similar restrictions on the other side of the railway.

The local mini-cab man has said the restrictions mean Black Cabs only. When did you last see a Black Cab plying for hire in Wilton Road?

Bexley Council has been responsible for the Abbey Wood station ‘improvements’ irrespective of borough boundary lines. 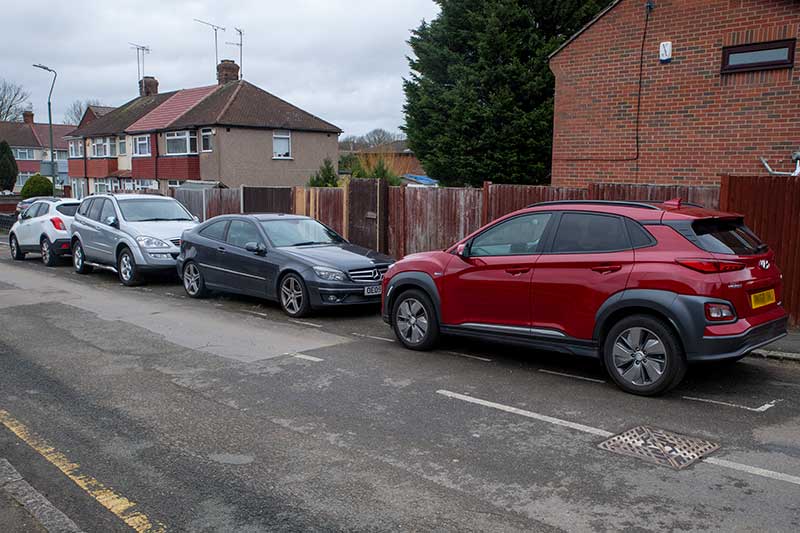 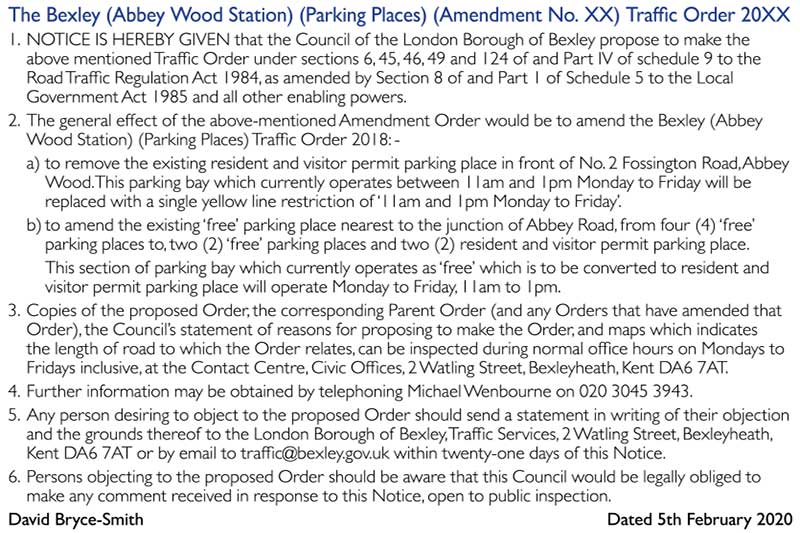 With a long journey scheduled for tomorrow it was time to pump some electricity into my car battery.

I took some free juice at Sainsbury’s but I couldn't spend any more time there and needed to get to B&Q. I thought it might be a good excuse to use the Picardy Street charger. If I left the car there for an hour or so it would be no more expensive than charging at home.

However the plan was thwarted by a long wheelbase van neatly parked over both bays.

Bexley Council claimed that it would only equip little used parking bays with charging points. I am afraid that is a lie. There is rarely a free space in Picardy Street.

Last week I tried three charging points on the same day. Sainsbury’s, Bexley’s and my own. One didn’t work. You can guess which and it didn’t lock my cable into the car. If I hadn’t noticed that the green light hadn’t come on someone could have stolen my cable.

The picture is of the charging hub under construction in Braintree. Bexley could do with one like that on the A2. It would be a very useful staging post on the way to the channel ports. 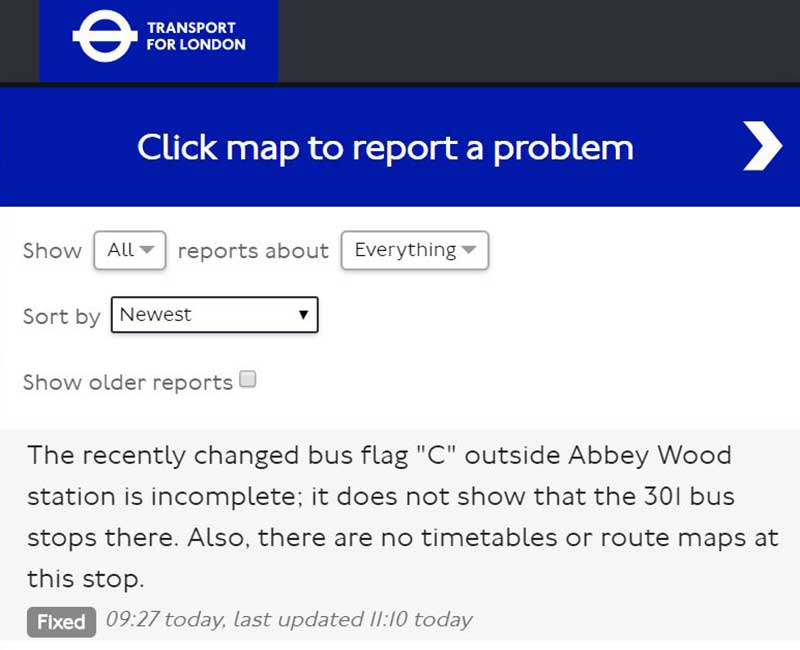 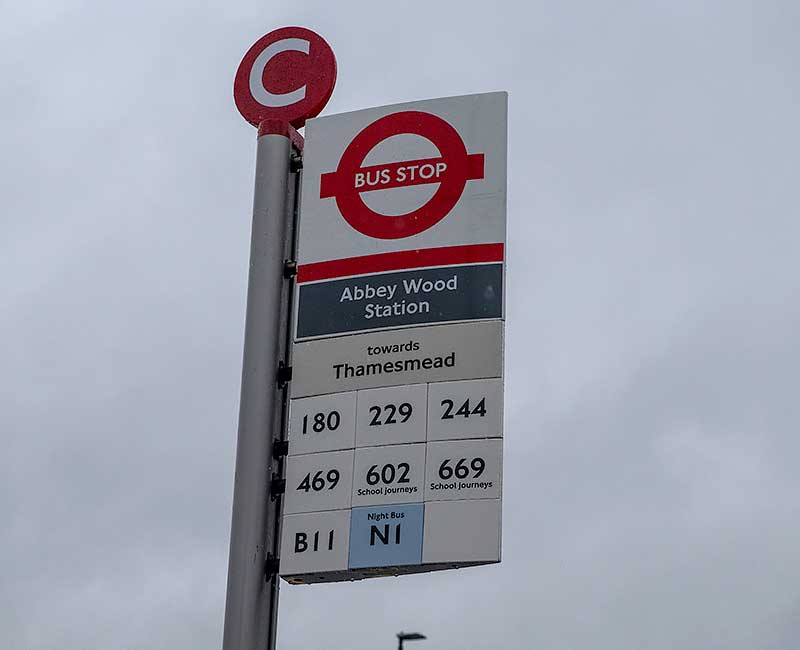 The Abbey Wood station bus stop which was misidentified for more than a year was replaced last week and managed to miss the 301 from its route list.

A BiB reader reported it on 6th March and was told about a new TfL fault reporting system known as streetcare.tfl.gov.uk. Looks to be intertesting

The website records that the Abbey Wood station mistake has been fixed already.

I will check it out later today, I have to go to Queen Elizabeth Hospital for a blood test. Good timing eh? They have Corona Virus there. (News Shopper report.)

Note: The bus stop error has not been corrected and the phlebotomist said that if there is CV in QEH no one has told the staff about it.