While NHS staff, shop workers, carers, Council staff and a whole host of unsung heroes are working to keep the rest of us safe I have been splitting my time between getting frozen in the garden and answering emails and phone calls.

Four of those contacts were from local political friends which I thought was a pretty good score given that Bexley Council bans access to BiB from its network and allegedly tells Councillors that they must on no account read what is reported here. I’m not sure that I believe that, the information comes from a source not renowned for its truthfulness.

At one end of the political spectrum came a lovely phone call from a Councillor who is observing all the rules meticulously and who was concerned for my welfare and from the other end came news of two local Corona related deaths. In between Danny was listening and dumped a bag of vegetables, bin bags and biscuits on my doorstep. Except for the old lady across the river there would be no need for me to go out for quite some time although I am beginning to understand what that might mean for people who suffer from anxiety or similar problems. What will one do when the tidying and DIY is all done?

One must always bear in mind that there is always someone worse off than oneself as an old school friend brought home to me earlier in the day.

I drove to East Ham last night with documentation to prove that I was looking after a vulnerable person and was slightly disappointed not to meet up with a police road block. I saw only one police car which appeared to have pulled over a car just to the west of the Woolwich Ferry. Six or more people had been herded into a huddle for reasons unknown. Some of them may have been police, it was too dark to see, but the two metre rule was definitely not on their minds.

North of the river in two different places I saw ambulances with blue lights pulled up outside terraced houses. All very eerie and ominous.

I also heard directly of a key worker on his way to work in Bexley being pulled over by a police car on blue lights and given the window down, engine off, inquisition through the window routine. He was in uniform and quite clearly not on his way home from a night club. Police officers too often display stupidity and worse as the one in North London did outside a bakery. With such little common sense on display he should not be employed - anywhere quite possibly.

On the local Facebook pages my heart sinks at the number of residents who think it is entirely reasonable to pester Bexley Council with trivia while they struggle to contain the crisis. Stories of how their green bin has not been emptied for three weeks abound and what are they going to do about it, coupled with threats to not pay their Council Tax. As if there is nothing else to worry about. When is my blue bin going to be emptied etc.? If there is room, put them all outside and let the bin men take what they can when they can. After that keep the rubbish in a shed or something. Improvise!

From what I have seen bin crews are less than half the size they used to be as they try to maintain the two metre rule and some go sick, so collections will inevitably run late. Give them a rest, literally and metaphorically perhaps. 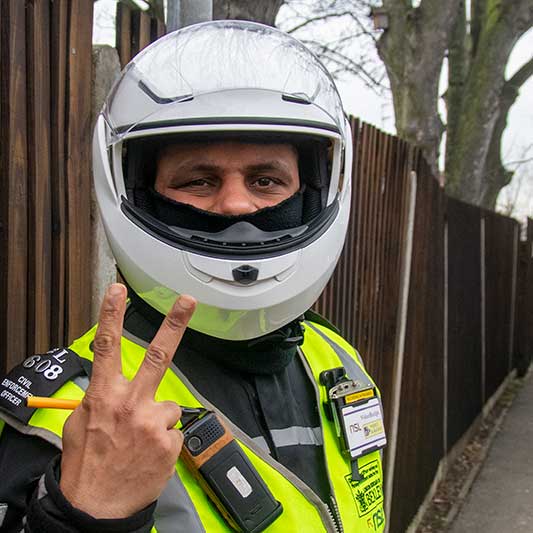 I have a little more sympathy with those complaining about Traffic Wardens running amok and some in Bexley have been video’d taking delight in their vindictiveness. Plus ça change.

However all the experience is that some drivers are extremely stupid when it comes to parking and never think of anyone but themselves. Without some enforcement there might be chaos. On the other hand sticking a PCN on a windscreen does not solve a case of obstruction as Bexley Council likes to think.

Where one must have sympathy is for those living in Controlled Parking Zones who do not have a Permit because they are always at work between 11 a.m. and 1 p.m. or whatever and now they have to leave their car on the road all day.

Some London Councils have tried to address that problem by not enforcing Residents’ Parking Bays. Bexley Council as you might expect has done nothing to help.