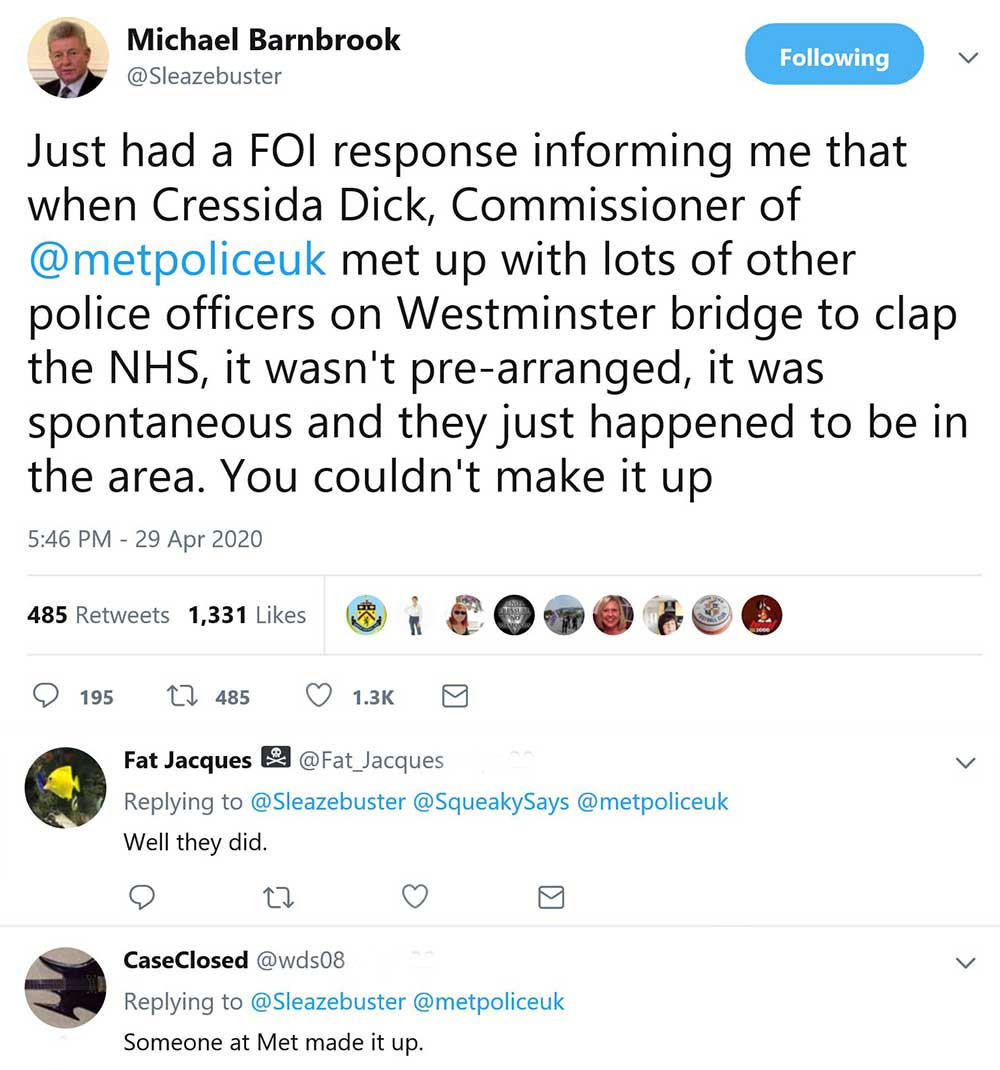 My old friend Mick Barnbrook has got the bit between his teeth again hunting down the probable lies and inevitable cover ups that he is so good at spotting all around him. How many MPs did he get sent down for expenses fiddles? Five wasn't it?

Currently in his sights is his old employer the Metropolitan Police who even I have evidence, an admission even, are capable of deep levels of corruption among the higher ranks.

The latest target is the law breaking assembly on Westminster Bridge two Thursdays ago. Mick asked the police how it was that the clapping Commissioner and enough police vehicles to fill the bridge could have possibly been permitted.

His reply says that it all happened by coincidence; Cressida Dick just happened to be there by chance, as were all the other officers and the blue lights flashing in unison were not coordinated.

Mick is still quite well connected in police circles and enough information has flowed in his direction for him to be pretty sure that coincidence was nowhere near being involved.

I doubt this is the last we will hear of this one, although the depths to which the police will stoop to protect themselves know no bounds. I speak from experience over the years.

They are quite simply crooked to the core.