On my drive back from East Ham today the radio kept me entertained with war time memories from those who just about remembered for themselves or were retelling their parents’ tales; so here’s another one.

At the end of 1940 my father was living at No. 12 Ripley Road in Custom House, not far from Victoria Dock Road, with his widowed mother Gladys and his sister. He had followed in his father’s footsteps by working at Woolwich Arsenal. His sister was a telephonist in the so called Citadel underneath Faraday Building by St. Paul’s Cathedral and his mother had a job at the biggest gas works in the world in Beckton.

One Friday night they were down the air raid shelter when a bomb fell nearby and damaged their house although not as badly as as their next door neighbour’s.

Late at night they all set out to walk to Gladys’s brother’s house in Plaistow but they met Walter half way. Walter and his wife and daughter had suffered the same fate and had the same idea. They were given shelter in a church hall for a few days. On the Monday my father went to look at what remained of Ripley Road and reported back that the house wasn’t that badly damaged and he reckoned that he could patch it up with some tarpaulin or something. So he bought some and next day went back with it to Ripley Road, however the house had been completely flattened by another bomb. Good job he didn’t fix the house a day earlier.

For no particular reason, here is a contemporary postcard of the local railway station, Silvertown. As a kid I was always fascinated by the railway that served Silvertown, trains went down the road like a tram. 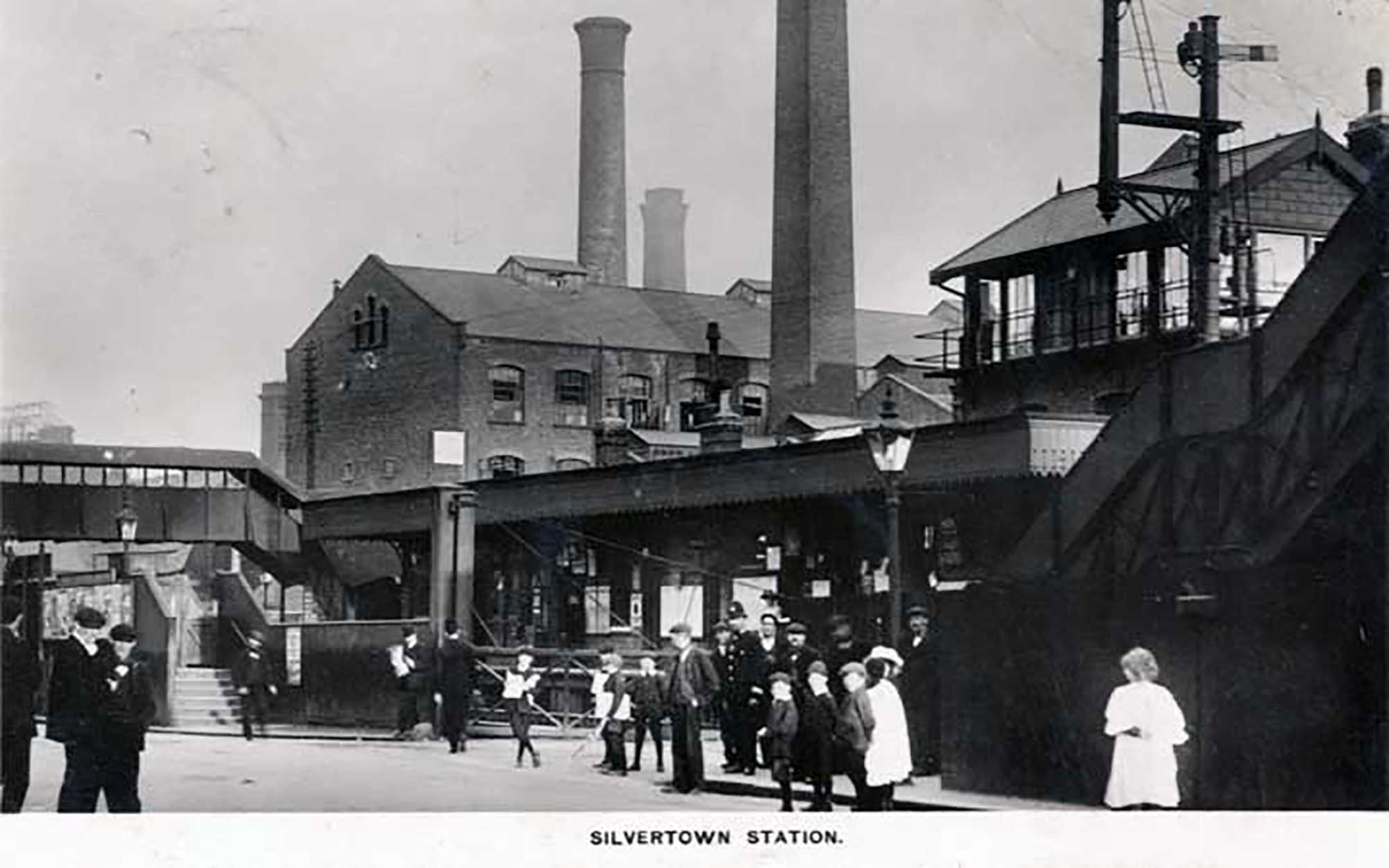 A higher resolution image will be provided when the original postcard is located. (I had it yesterday!)