If this Corona Virus was put on earth for a reason it would surely be to expose the inadequacies of politicians. I have no problem with the Stay Alert (to the dangers of this virus) message and to interpret the guidelines with common sense; only the mischief makers claim to find it confusing and I can think of a very good reason for that. (They are not very bright.)

Over the past 24 hours the silliest of the political shenanigans has to be that relating to Transport for London. It’s in effect gone broke.

It was forecast four years ago when Khan said he would freeze the fares and George Osborne, Conservative Chancellor slashed the grant by £700 million. Sadiq stood there like a rabbit caught in the headlights and just let it happen. Maybe not quite, he announced that fares would have to go up more than six months ago. Now of course the lying incompetent is blaming fare rises on Covid-19.

The income lost due to Covid-19 makes the failure to raise fares over the past four years look like pretty small beer so now Khan has two priorities, raising more money and trying to blame the Conservative government for it. Blaming anyone but himself has become the norm for our inadequate Mayor.

The decision to raise the Congestion Charge from £11·50 to £15 and ban the use of the Freedom Pass during busy periods is entirely his.

Raising the Congestion Charge by 30% at the very moment the Government is asking workers to use their cars and is trying to find free town centre parking spaces is the sort of joined up thinking one has come to expect from Khan and maybe most politicians. 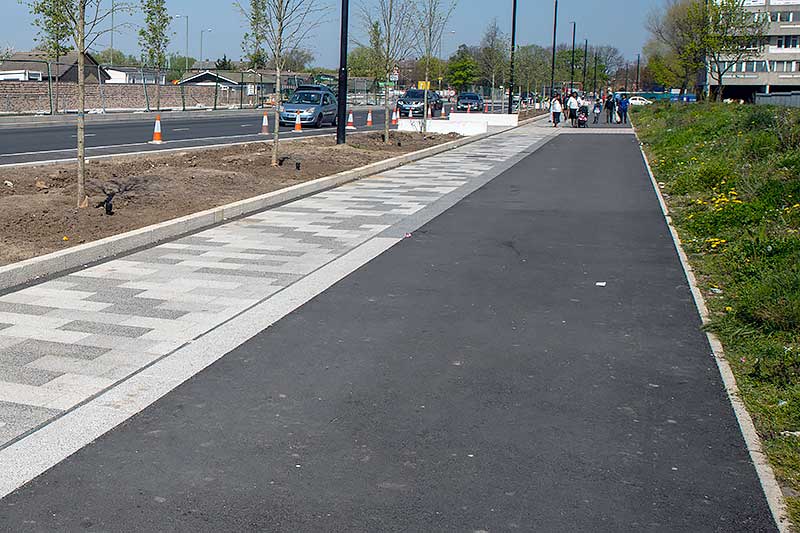 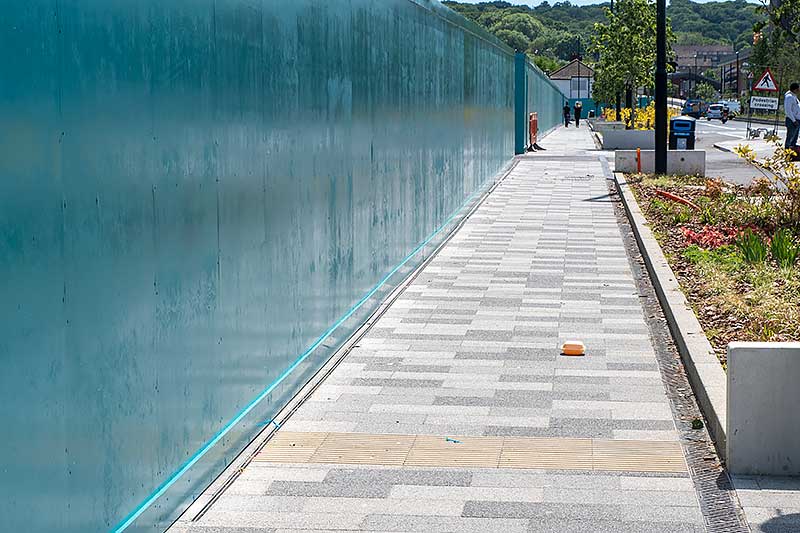 Joined up thinking is lacking in Bexley too. While Councils are busy making footpaths wider Bexley Council has allowed the footpath along Harrow Manorway to be made much narrower. If you look behind the barrier, as you can near the site of the old Barge Pole pub, you can see that there was no need to put the fence where it is.

Another thing that Bexley Council has narrowed is Harrow Manorway itself. At the beginning of this week another section was given over to buses. Three years of work, eight or more million pounds and ever more road congestion.

Sadiq Khan is not the only source of political spite, we have the public service unions led by the teachers intent on sabotaging government plans too.

I once said here that I came to the conclusion the Labour Party was not for me when by the age of about 13 I noticed that every political slogan painted on a wall was anti-Tory and the 13 year old me knew that painting on walls was bad.

It took another ten years to form a similar impression of teachers. I was working on the second floor of a building at the southern end of Lambeth Bridge which formed a marching route to Parliament Square. The rowdy bunch of long haired scruffs in sports jackets with leather patches on their elbows who marched by more than once were teachers. Granted long hair was fashionable at the time but nothing shouted out rabble louder than those marches.

A few years later in the early seventies there were six school teachers among my close family which was 50% of the working adults, there never were many of us. Of the six, three were fully paid up members of the Communist Party who took regular trips to Moscow, paid for by Leonid Brezhnev probably.

Among the current teachers’ union leadership nothing has changed although reports are that Russia has been replaced by Cuba.

Readers who keep in close contact know why there has been little on Bonkers recently. I’m not sure it will ever get back to normal. If the responsibilities north of the river ever come to an end, and inevitably they will one day, and if Sadiq Khan is still Mayor of London then you won’t see me for dust. I will contribute to falling house prices by packing up and finding somewhere that has not yet been turned into a cesspit by inadequate politicians.