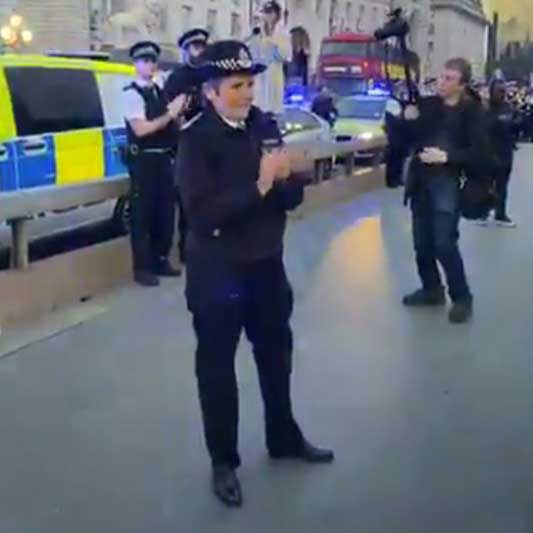 It is an almost unbelievable six weeks since Met. Police Commissioner Cressida Dick, the woman who was behind the shooting of an innocent electrician at Stockwell tube station and who has done so much to thwart the Daniel Morgan murder enquiry broke the law by being part of an unlawful gathering on Westminster Bridge. Doesn’t time fly when politicians are stealing such a large chunk of one’s remaining life expectancy?

A fortnight later a Met. Freedom of Information response said that it was all coincidence that so many police and police vehicles were in one place at the same time; or to quote them more directly it was a spontaneous gathering.

My retired police inspector friend, Mick Barnbrook, knows better than most that nothing significant the police do is spontaneous and unrecorded and certainly not at Commissioner level. He made a Freedom of Information request for a copy of Cressida Dick’s diary.

He didn’t actually get the diary but he has received a written extract from it. It confirms that the Commissioner had a diary entry for 20:00 on 16th April. It says “Clap for carers”.

So there it is in black and white. The earlier “spontaneous” FOI response was a lie. Being on that bridge and having the event in her diary speaks volumes for the judgment of our most senior police officer.