I have never been a fan of Boris Johnson; he was first mentioned here when the blog was only five months old and described as ‘blasted’ Johnson and crass. Later I came to the conclusion that he was a bit of a crook, not that I always disliked him especially when the Loony Left decided to have a go at him. I think I may have been the only person who read his ‘letterbox’ article in the Daily Telegraph and it was more accommodating of Moslem culture than I was at the time.

Then last December I voted for him but given the alternative I still believe that was the right decision. How does that explain the fact that I now have a soft spot for the Corbyn brothers and loath Boris Johnson? He has no idea of the pressures he is putting on the population while he does his Mussolini act from within a cosy pampered bubble.

A good friend was told a month ago that his tiredness was due to heart failure. A blood test and some other symptoms showed all the warning signs but he cannot have an appointment with a cardiologist, they are not doing any because some medics are scared witless by a variant of flu - or maybe bone idle.

After a GP brought pressure to bear the cardiologist has offered a telephone appointment at the end of this month. Johnson and Hancock are knowingly killing people and rejoicing in the power they have over us. 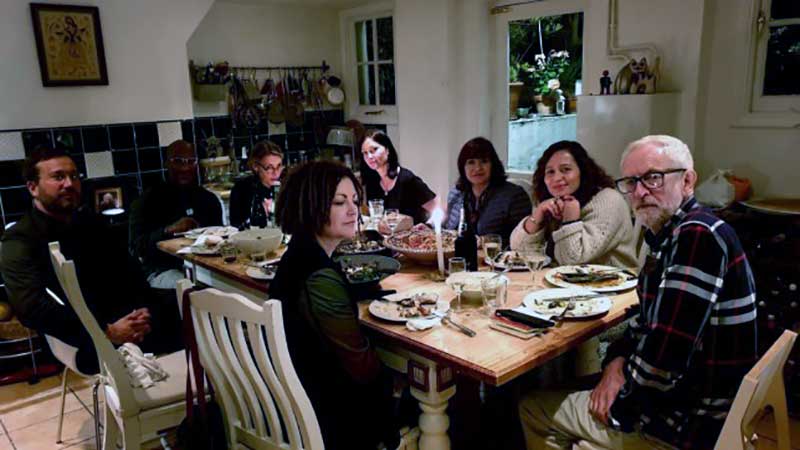 Another indication of Johnson’s power obsession is his £200 fine, rising to £6,400, for having a dinner party for nine - by decree of someone who clearly has no understanding of the medical statistics and relies on people who lie about them. That makes Johnson a dictator doesn’t it? And almost every MP backs him.

When he has totally wrecked the economy maybe he will have to take a leaf out of the book of one of his predecessors, David Lloyd George, while the population struggles with food shortages. One hundred years ago my grandmother went to the Home & Colonial Stores in Woolwich Road, Charlton armed with a Ration Book and under threat of a £100 fine for buying more butter than she should. Allowing for inflation that is £5,700, not so very far from Johnson’s £6,400. Lloyd George called himself a Liberal and was thrown out of office at the following election.

Will history repeat itself? 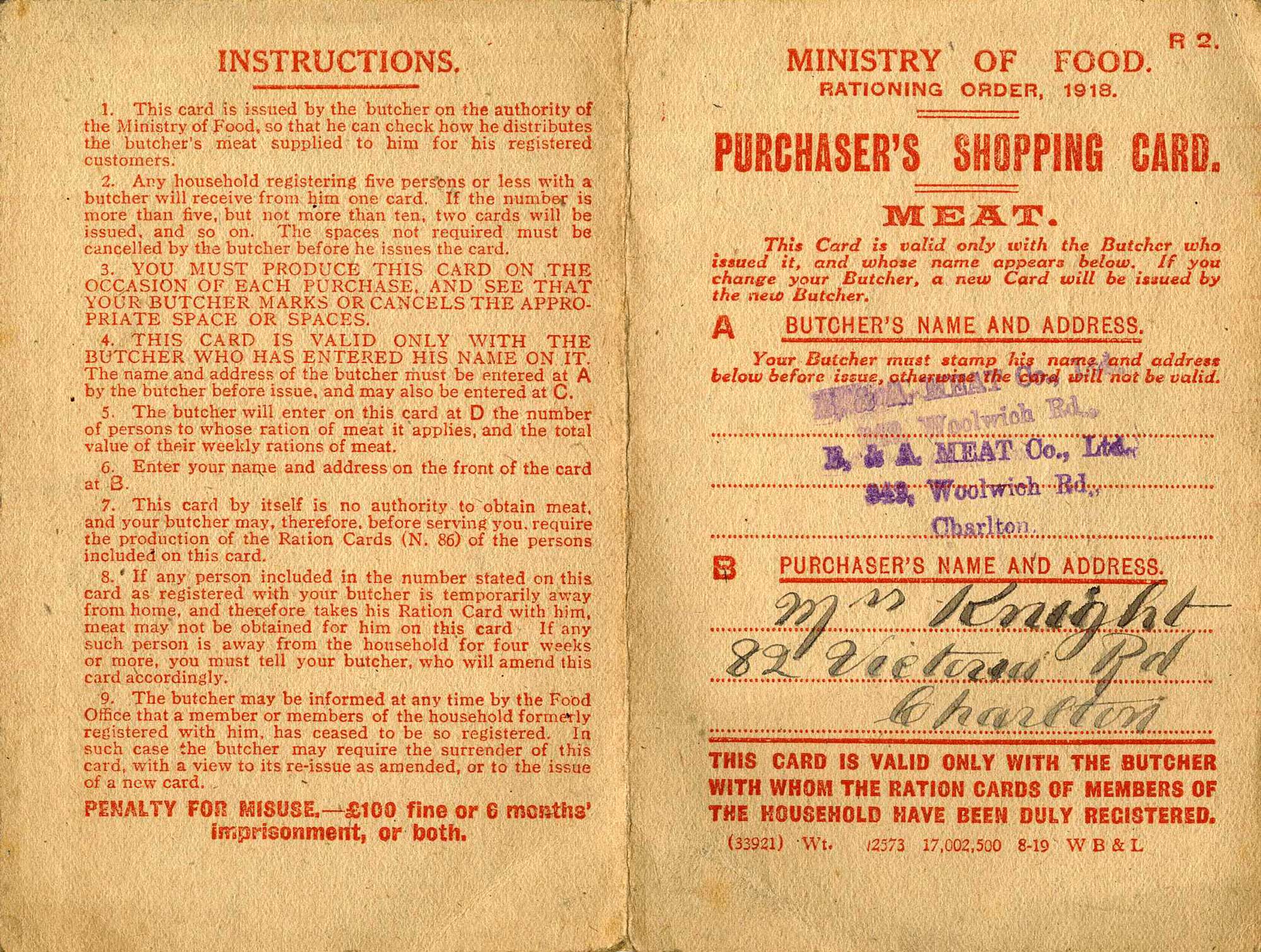 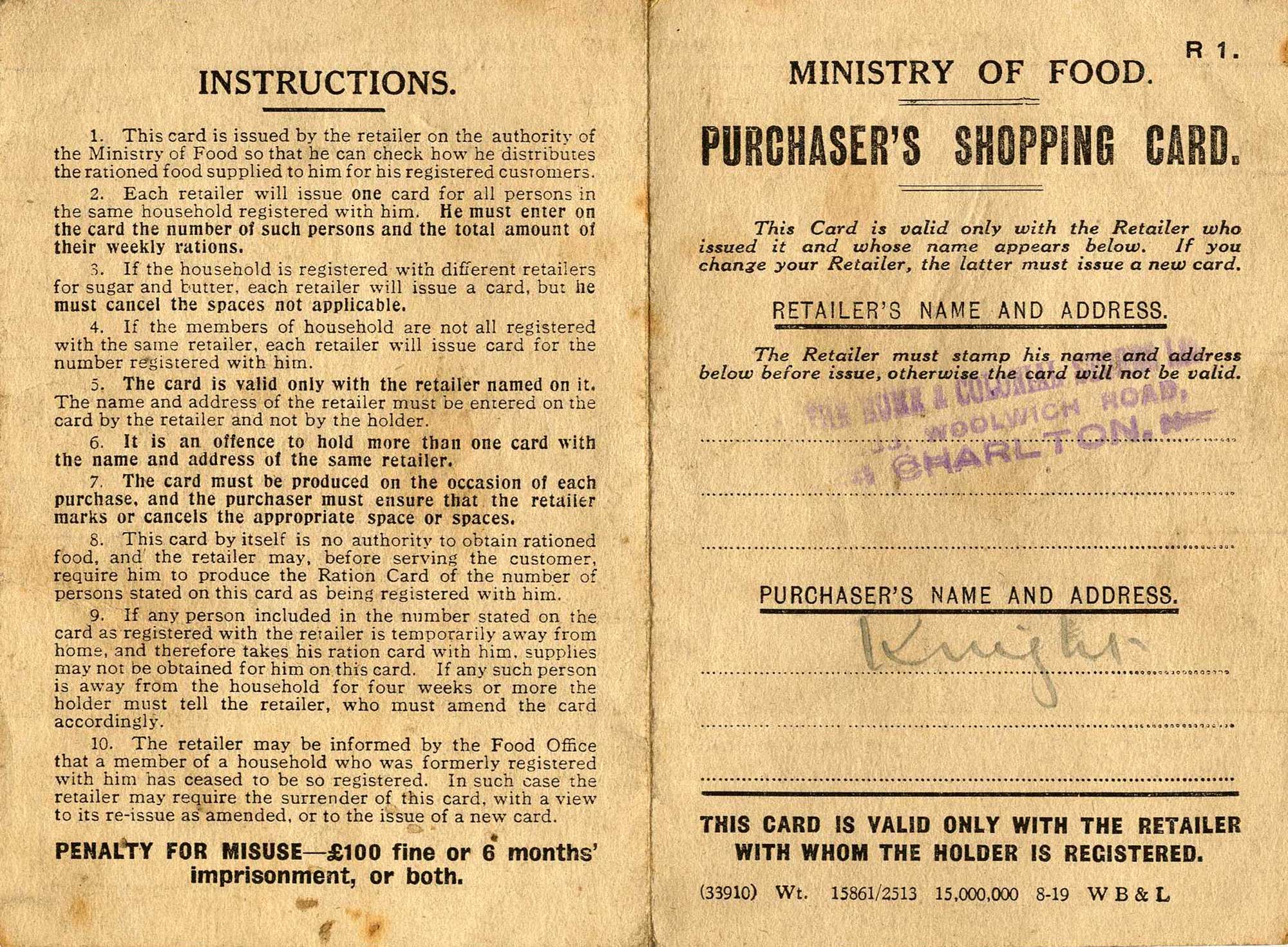 Some may question my grandmother’s address of 82 Victoria Road, Charlton. It was renamed Victoria Way before 1931.

There are no purchases after 15th December 1919 because on the 20th she was on the S.S. Burma sailing from Liverpool.