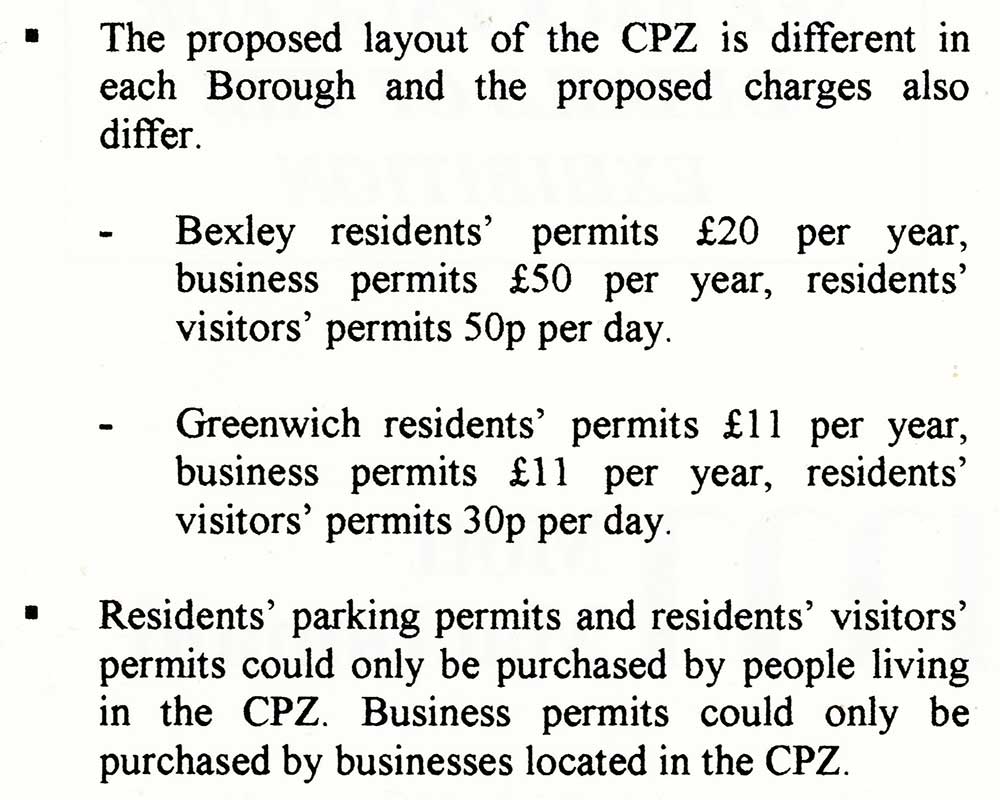 As mentioned a couple of times I have been working on a technical update of ancient blogs, starting in 2009 and now almost through 2011.

A lot of old photos and documents have had to be extracted from dusty files for rescanning. A big Windows update this morning wiped my scanning software, bloody Microsoft, but it is reinstalled now.

A document that predates Bonkers by ten years that has never been posted here came to light. It is the consultation document for a Controlled Parking Zone around Abbey Wood station.

The map shows my road included in the CPZ but a majority didn’t want it so it stops just short of my address. In retrospect a shame. Everyone in my road has at least one off-road parking space.

However the interesting thing is the cost of the permit. £20 a year in Bexley at the Millennium which inflation would have pushed to £33.92 according to the Bank of England’s inflation calculator. In Greenwich their £11 would be  £18.65.

Return to the top of this page
The contact email address is changed regularly. Currently it is enquiry (at) bexley-is-bonkers.co.uk
Bonkers is a totally Cookie free zone