29 October - “Probably better you don’t start tweeting so much”

The title is the advice given to me by a Labour activist who hides behind the name of Sidcup4Remain.

It’s a month since I ventured back on to Twitter and I am already thinking her advice may be good. Good for her that is.

For drawing attention to a blog that was critical of a Trafalgar Square anti-lockdown demonstration and the ensuing police violence I was told, not by Sidcup4Remain, that I was disrespectful to the police and advised to seek professional help for reminding readers that the Met were prepared to involve themselves in the murder of someone about to expose their wrong doings. Not speculation but an established fact. Twitter ignoramuses are a fact of life.

S4R went further and likened my lack of respect for the police and condemnation of their brutality to the views of Oswald Mosley. “Mosley couldn’t have done a better Tweet”.

Of more concern - but maybe not a lot - is that same person - a leading light in the local Labour Party - now accuses me of libel.

For what? She says that I accused her of “inciting murder”. A rather large stretch of imagination based on me highlighting the fact that in mid-August she associated herself with throwing Nigel Farage over a cliff. (See below left.)

Lefties you will remember are absolutely against hate crimes but in reality they are hypocrites.

They are not only hypocrites they are too often willing to distort the truth. Sidcup4Remain’s comment following her official complaint about Councillor Philip Read changed the word ‘Iranian’ to ‘Iranian citizens’ to make his Retweet look a little racist, which it obviously wasn’t.

She excused her Nigel Farage Retweet by saying it did not endorse throwing him off a cliff, but indisputably she was all in favour of spreading the evil thought to her 640 followers. At the same time she complained to Bexley Council that Philip Read’s use of the Retweet button endorsed racism. One rule for the Left and another for the Right.

The difference is that the sentiment expressed in one Tweet was clearly murderous while the Philip Read Retweet only endorsed the statement that the Iranian regime is a terrorist one; which few would dispute. It’s hard to keep up with S4R’s torturous logic twists.

I couldn’t find the mid-August Tweet about Nigel Farage on my Mobile yesterday but you may see it in all its glory below. (†) Not a one-off endorsement of bad taste either as the one about the Prime Minister confirms.

It is a great pity that such views are associated with the local Labour Party. 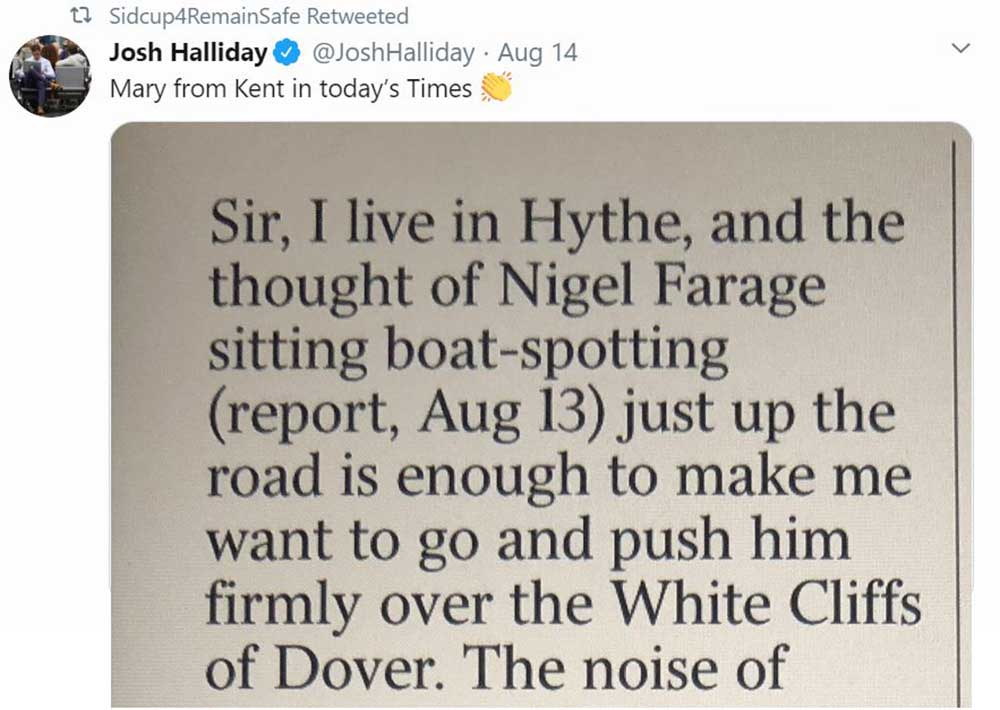 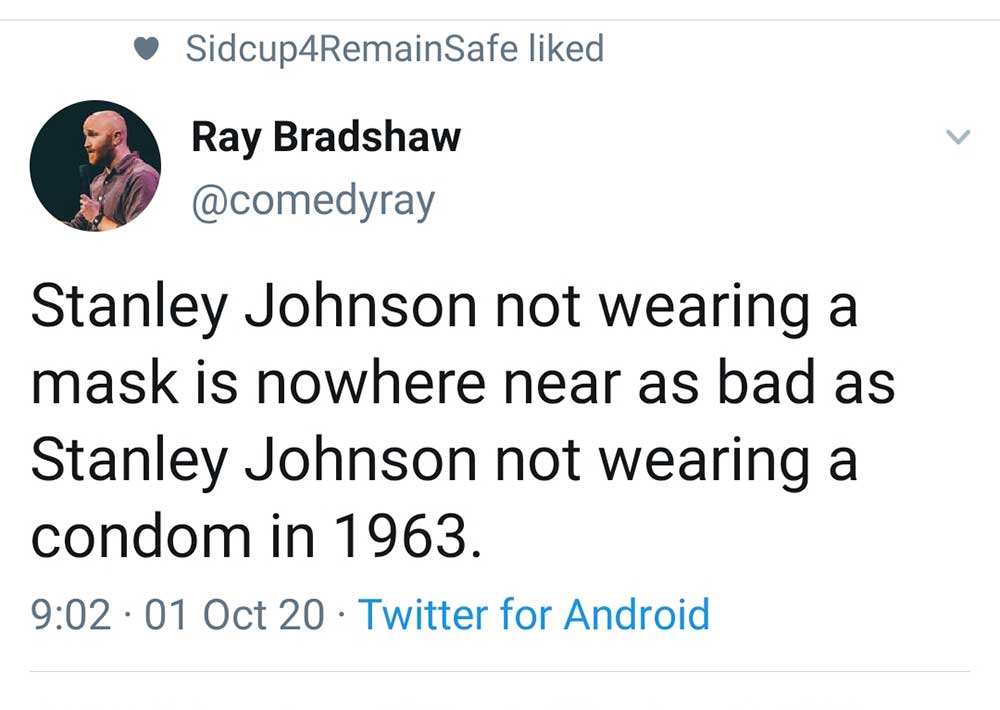 In all my years of keeping an eye on Bexley Council I have seen the Conservatives lie countless times but never have I caught out the Labour opposition getting up to the same tricks. At least not the present lot, my memory may not be totally reliable pre-2014.

You would think they would tackle their weakest link.

The sign of defeat by someone who doesn’t know how easy it is to circumvent a Twitter block.

† I found it this morning using Chrome on my PC. Very odd.