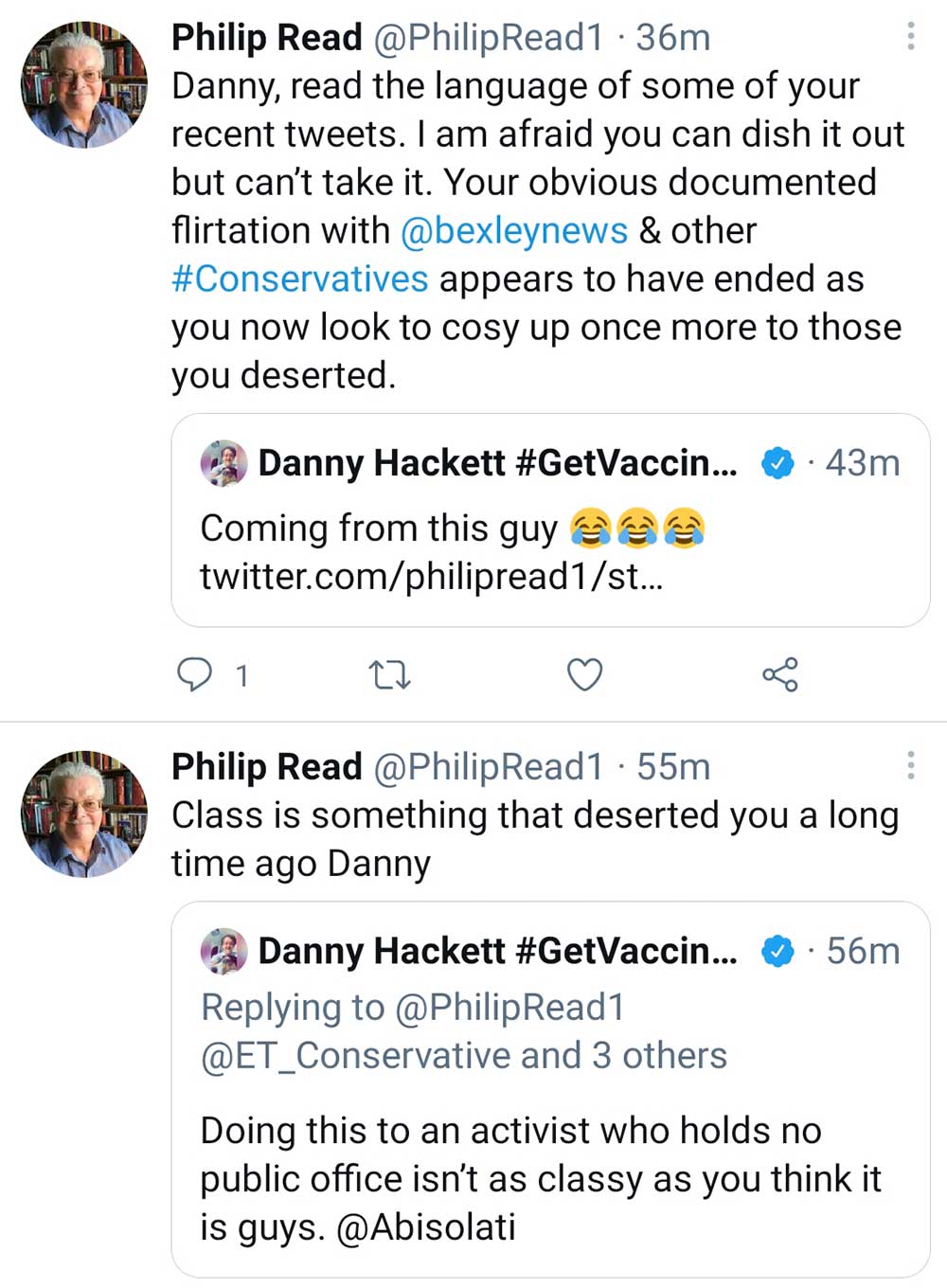 It’s a bad habit I know but at the end of each day I flick my Twitter App from @BonkersBexley to the one that follows @PhilipRead1. You never know, he might be calling me the sad old cretin from Abbey Wood again after, I assume, a spot of self indulgent lubrication.

Most of the time the effort is wasted but last night it paid off.

A bit of background information may be required.

In recent days an enthusiastic Labour activist asked her Councillor friends if they could help with the delivery of election leaflets. Maybe due to inexperience or even ignorance the request went out to Conservative Councillors too and those with the most pathetic small minds made the most of it.

Various references were made to accepting the leaflets and depositing them in Thames Road or Footscray before Gentleman Hackett stepped in to protect his young ward constituent from an attack by the sad old man from West Heath in the shape of a plea to keep things “classy”.

I guessed that Councillor Hackett had in mind the way Read attacked the young, inexperienced and black Councillor Mabel Ogundayo on her first outing in the Council chamber back in 2014. I don’t know if it left its mark on Mabel but it certainly did on me.

“You can dish it out but can’t take it” says the man who dished out abuse to Councillor Ogundayo and to me but blocks me in case I might be tempted to respond. There is a word for such people isn’t there?

The least classy Councillor on Bexley Council threw the advice back into Danny Hackett’s face.

Read who only sees things in rigid party political terms cannot comprehend how a Councillor might wish to look after all the residents of his ward irrespective of political leanings. He thinks that Danny’s motive can only be to “cosy up” to Labour.

Two Councillors phoned me this week, one in the friendliest possible fashion persuaded me that one of my meeting reports came across as less balanced than it might have been - so I amended it. The other one was from Danny. Not unduly political but I think I can be pretty damn sure that there is no prospect of him cosying up to his old party. And would they want him?