Bexley Council has made it into Private Eye’s Rotten Boroughs column again and this time it is Councillor Gareth Bacon MP who does them the honour.

Whenever I mention his name favourably I get a modicum of kick back from those who disagree but I am still inclined to think that this Private Eye column was written on a slow news day.

If it was not for the Covid scare and the cancelled 2020 elections Gareth Bacon would have been out of his Bexley and GLA jobs a year ago after becoming MP for Orpington. Byelections are expensive to organise and run and because of that Gareth chose to cling on to his job until the next convenient date showed up which in theory saves money. This will the GLA election on May 6th.

The supposedly honourable intentions were marred somewhat when Bexley Council appeared to reschedule a meeting to prevent the MP losing his Councillor job because of a poor attendance record. (A Councillor must not be absent from meetings for more than six months.)

The decision to keep his jobs until 6th May 2021 doesn’t seem to be exceptionally unreasonable and far worse things about Bexley Council have been noted here in the past but one might wonder how much more expensive a one off byelection is than one combined with the GLA election. How does the extra cost compare with a year’s worth of Councillor allowance?

I have not noted any contribution by Councillor Bacon to life in Bexley over the past 18 months but on the other hand at the GLA and in Parliament he has impressively demolished Mayor Sadiq Khan a few times.

Presumably, unlike some of his colleagues Gareth Bacon didn’t think about not drawing his Bexley allowance. 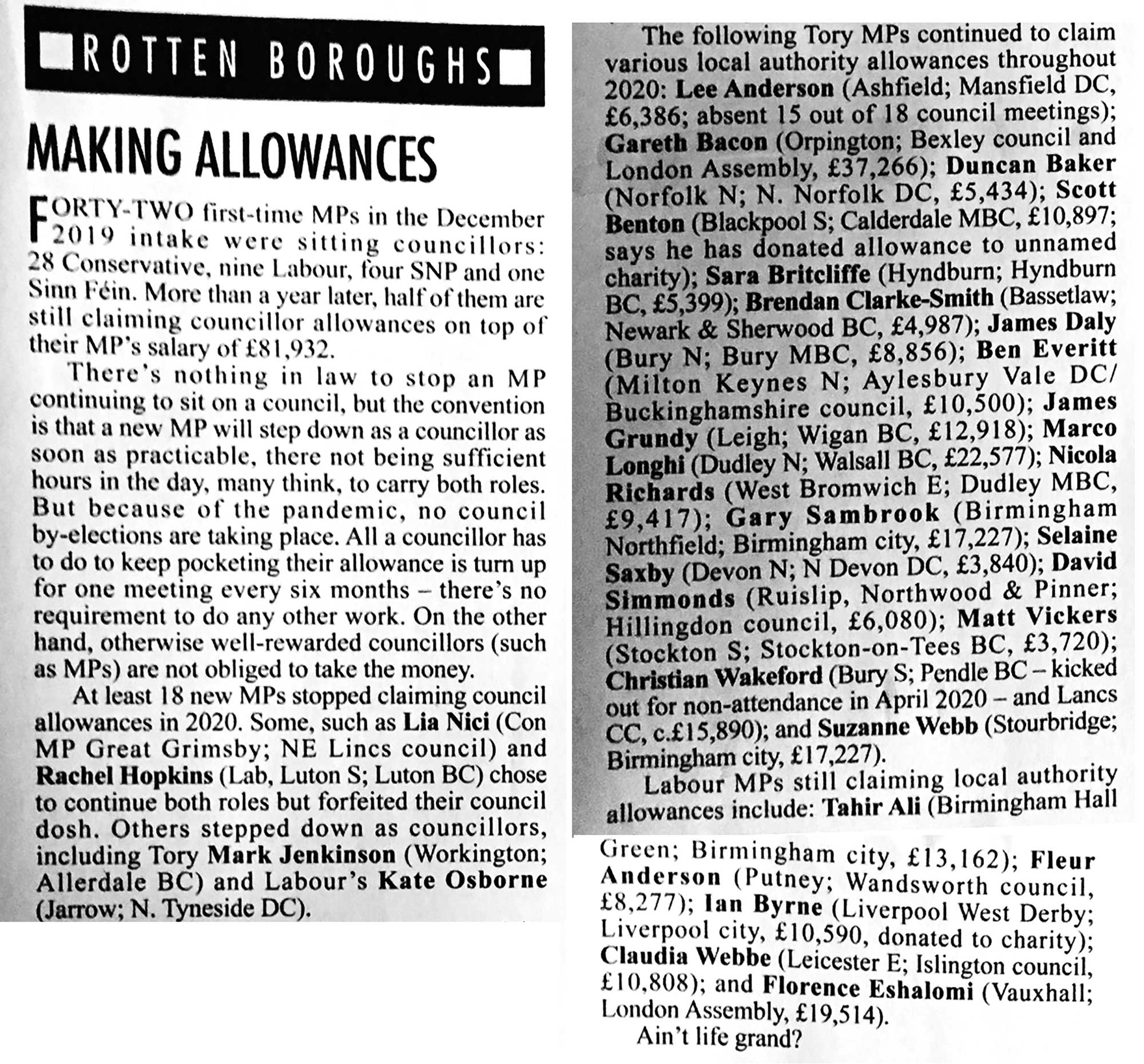 Private Eye. (From a photograph submitted by a reader.)