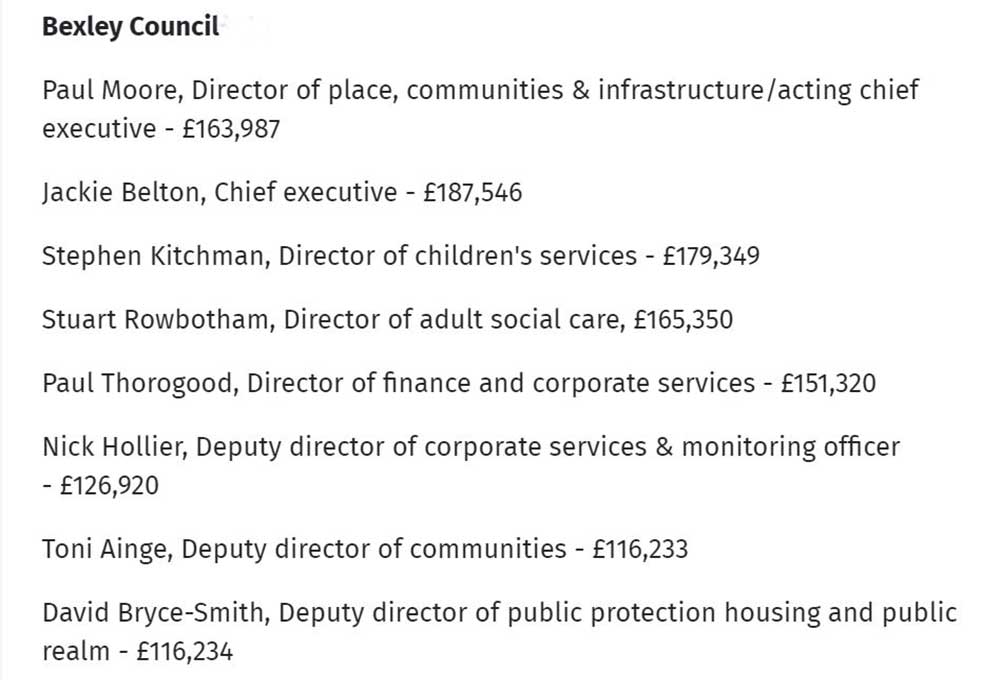 I still get a daily news summary from the News Shopper and it usually goes into the bin pretty quickly but yesterday their top item caught my eye. A Hermes text scam, and I thought I would take a look.

I never did get to see it because the adverts and questionnaires got in the way but somehow a three day old item on excessive Council salaries came up.

The Bexley section is shown here and it looks to me to be wrong in several respects, not that you can entirely blame the News Shopper because Bexley Council’s website is wrong too.

Just from listening to webcasts I know that the Monitoring Officer is no longer Nick Hollier and Toni Ainge and David Bryce-Smith have both departed.

Paul Moore is a confusing area. The long serving Deputy Chief Executive left in 2019 and another Paul Moore appeared on the scene last year. Another import from Newham.

The inability to attend Council meetings and the failure to show faces on webcasts makes all these people close to anonymous, especially when the Council’s website is in such a state of neglect.