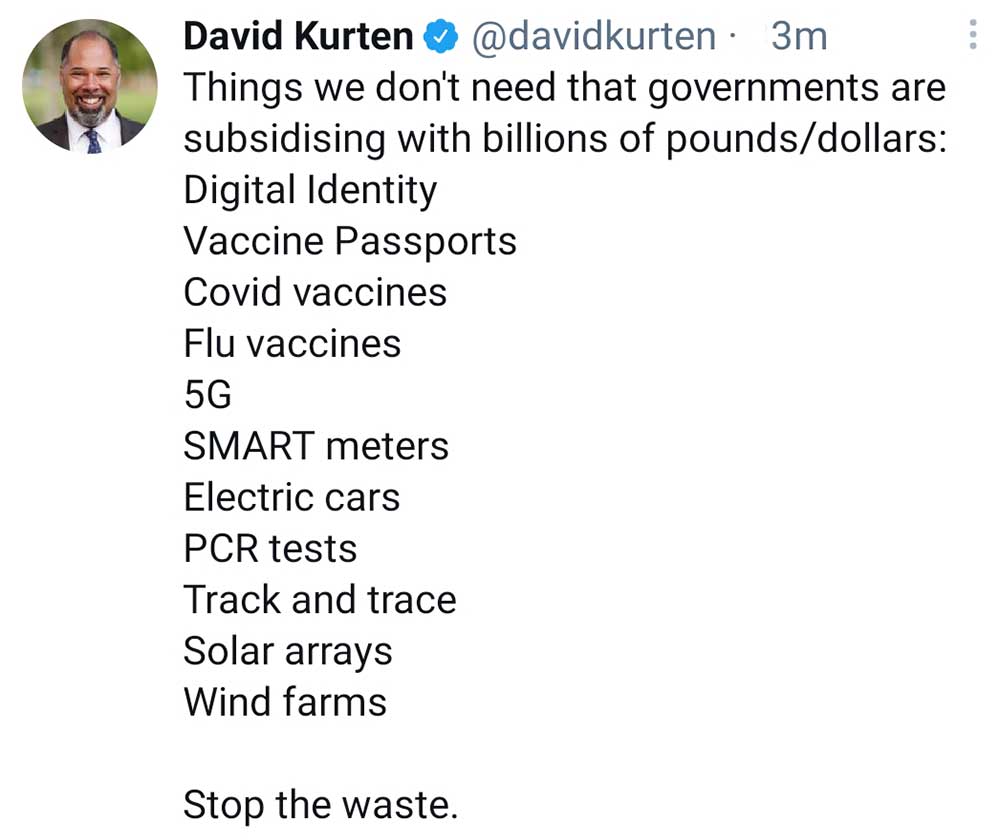 When I next see my bubble friend I am going to have to tell her that she should think again about her London Mayor choice.

Whilst government subsidies may usually be a bad thing, David Kurten’s list of “things we don’t need” extends beyond what is sensible. I am entirely with him on Vaccine Passports. I don’t care if I never enter a pub again or have to give up membership of sports clubs but I could be banned from attending Council meetings too. What sort of democracy is Bonkers Boris aiming for?

What has David got against the influenza vaccine? Taking a vaccine should be an informed personal choice. There are risks with all medical procedures but my No.2 is due later today.

Track and Trace has been a total failure and PCR test results have been abused and became a tool of oppression. I am not too far away from David there.

SMART meters have had a bad press but the latest generation provide useful information that may allow some people to adjust their consumption habits. Not so good perhaps if in future they are used to regulate demand. (A Faraday Cage may be the answer.)

Electric cars may not be needed but the subsidy that kick started adoption is disappearing almost as fast as a boy racer in their rear view mirrors.

Kurten’s list may not be entirely wrong but there is enough in it to make me think he might be slightly nuts.