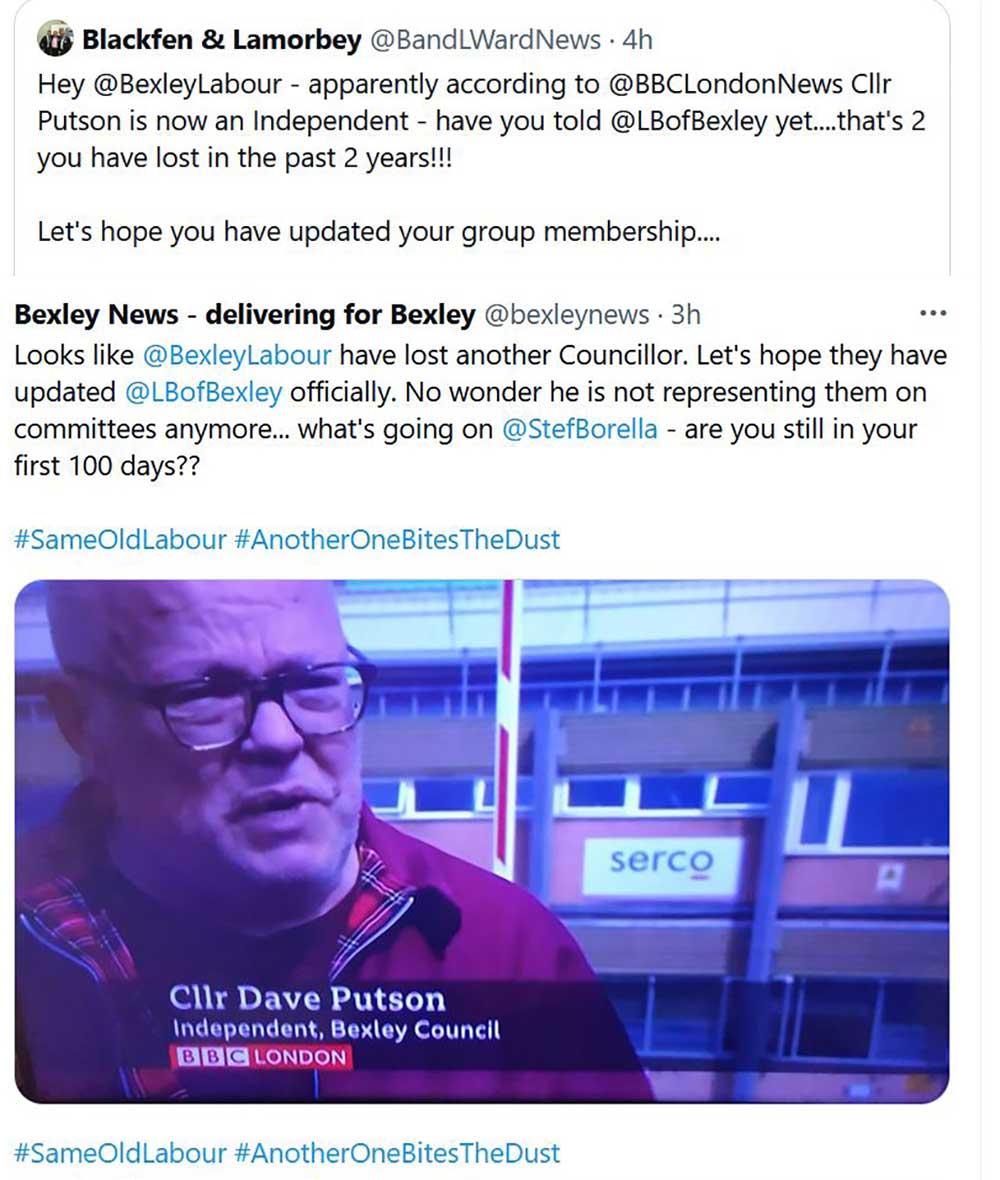 While I was at the Oval this evening, Bexley Tories were making mischief with the news that Councillor Dave Putson was no longer a Labour Councillor and attempting to pin the blame on Leader Stefano Borella. I am not sure where the evidence for that comes from. Stefano announced his Leadership on the 27th May and the following message reached me earlier than that.

It was followed up with hints that Councillor Putson had left the Labour Party but without confirmation it couldn’t be published here. It should perhaps be said Councillor Putson was a very long way to the Left of me but in a surprisingly large number of emails he was always very polite and respectful of different views. There is absolutely nothing that could be portrayed as negative.

As @bexleynews asserts, almost correctly, Bexley Labour has lost two Councillors in two years, one a long way to my Left and the other who is inclined to be a little to my Right. I doubt we are going to see an alliance any time soon.