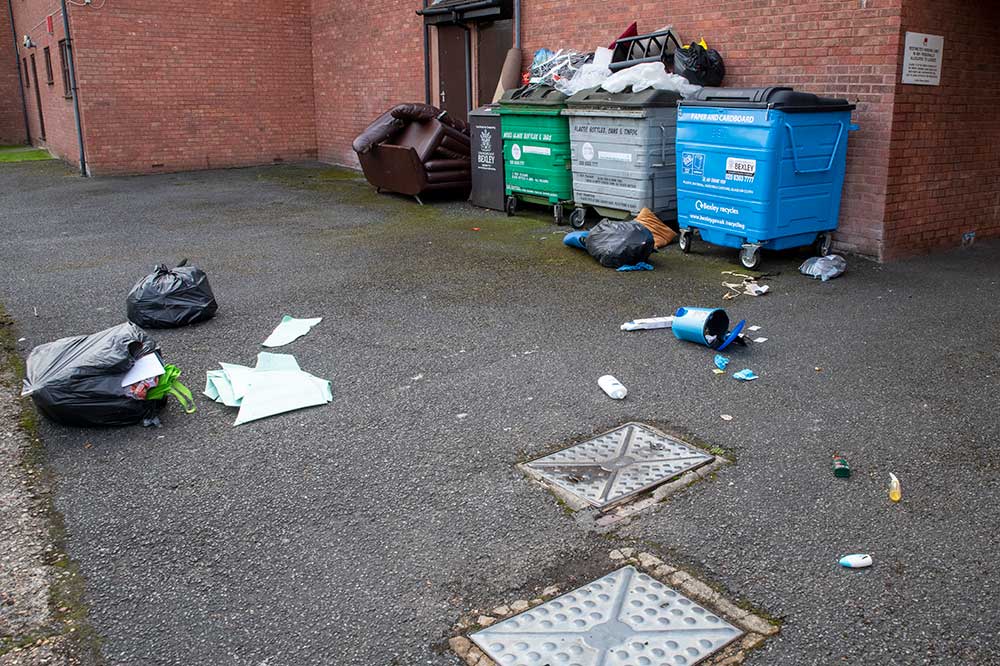 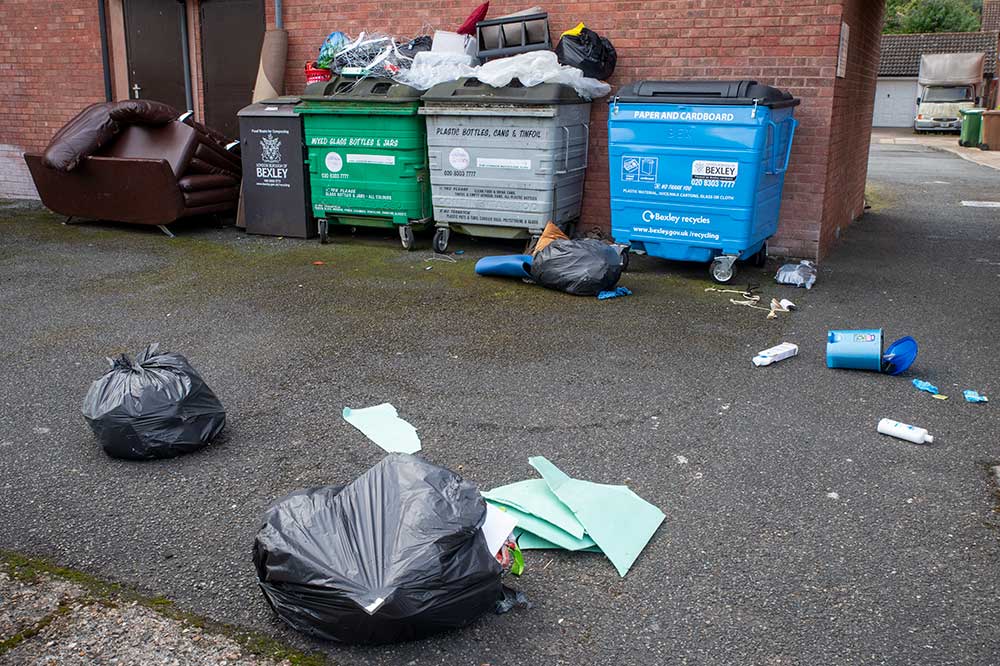 I heard the peep peep peep of a reversing refuse lorry so stuck my head out of the upstairs window to see if we had struck lucky.

One man and his van had showed up to empty the communal paper bin behind the flats opposite. My admiration for one man doing his job alone sunk a little when I saw what he had done.

One tenant moved out this week and been more than a little careless with what he decided to leave behind. All the bin tops were piled high with rubbish. Now the paper bin is clear, but not the surrounding area.

He left the derelict van (Photo 2) behind too. It has not moved since 2014. Free scrap metal anyone?

Photos taken less than a minute after the binman had departed.