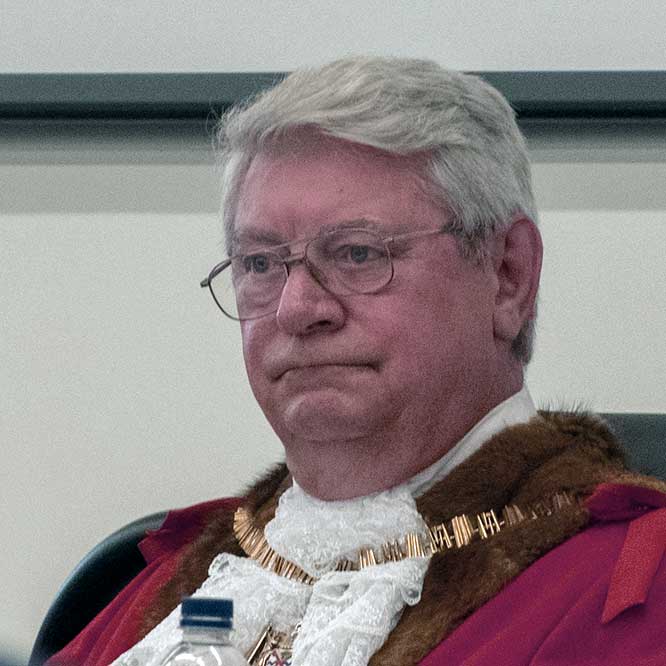 I was a little bit shocked yesterday to hear that former Councillor and Mayor Howard Marriner had died. Several former Councillors have died in recent years but the only death that made an impact on me was Mike Slaughter’s and that may have been because he had promised to dig some dirt on the Leadership and never got around to it. Worse was that I always had a soft spot for Councillor June Slaughter, his wife, whose decency usually manages to rise to the top despite the pressures the whip might place on her.

Howard Marriner was another Councillor who was a fundamentally decent human being - sorry, but some simply aren’t. He would speak to me, I learned his age, he spoke of his wife and said he read Bonkers daily. When I reminded him that Conservatives claimed not to read it he in effect said they were liars.

I searched Bonkers for references to ‘Marriner’ and there were more than I would have guessed. His name crops up in 63 pages but many are no more than a listing of his presence. One reference is slightly negative, most weren’t.

• “Howard Marriner will engage in civil conversation when the opportunity arises.”
• “Howard Marriner sat next to me. This is probably no way to gain admittance to Teresa O’Neill’s select inner circle.”
• “Councillor Howard Marriner who always seems to be far too decent a chap to be a Bexley councillor agreed with him. That’s his promotion prospects screwed then.”
• “Howard Marriner admitted that the Scrutiny and Overview provisions at Bexley Council are just a rubber stamping exercise. When members vote they do so knowing the decision has already been made and little or no time is provided for discussion and meaningful amendments.”
• “Councillor Slaughter asked for the microphones to be switched on and in a glowing example of how this sort of thing should be handled the offending councillor – Howard Marriner - could not switch his on fast enough and apologised profusely.”
• “A thoughtful Councillor Marriner had similar concerns and by the look of his marked copy of the Agenda must have actually read it beforehand.”
• “Councillor Howard Marriner was not impressed by the downgrading of the road width and expected objections.”
• “I almost felt sorry for Mayor Howard Marriner. He tries so hard to be fair to all but faced with the baying mob which is his own party members, his task is a hopeless one.”
• “A few words exchanged with former Mayor Howard Marriner suggested, and not for the first time, that he might be a nice bloke when taken out of a political environment.”

So what was the negative point? He barricaded a door when Councillor Cheryl Bacon was ill-advised to exclude the public entirely from a public meeting.