I am in a minority of one among my friends because I find it impossible to believe that Bexley Councillors will not be doing everything legally possible to reduce the impact of the Serco/Unite strike. They may well have struck an idiotic deal with Serco twelve years ago and the fact that Councillors are not allowed sight of it probably confirms it but the signatories will have long since taken their fat pensions leaving our Conservative Councillors almost impotent and staring at the impending electoral disaster.

However Councillor Craske appears to be pulling out all the stops to save his seat as his notice posted at 10:52 this morning must surely confirm. Quite how residents are expected to get their white bins to Westwood Lane or Nuxley Road is not clear but if you can manage it then it represents a chance of emptying a bin. For the record my green bin was emptied on time this morning and the white one is not yet full. 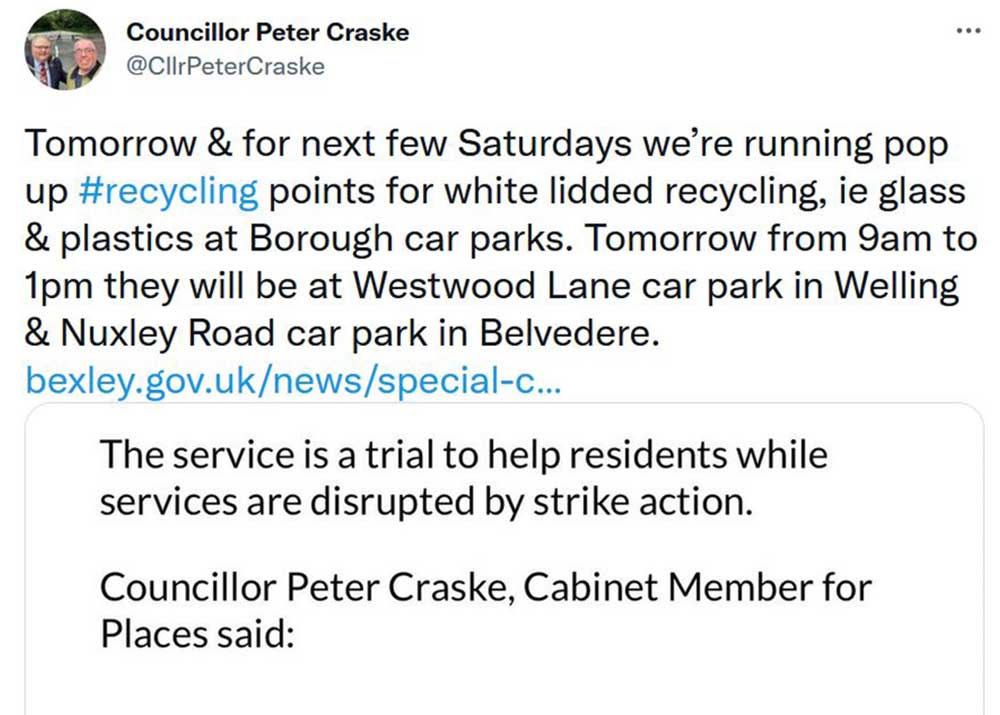 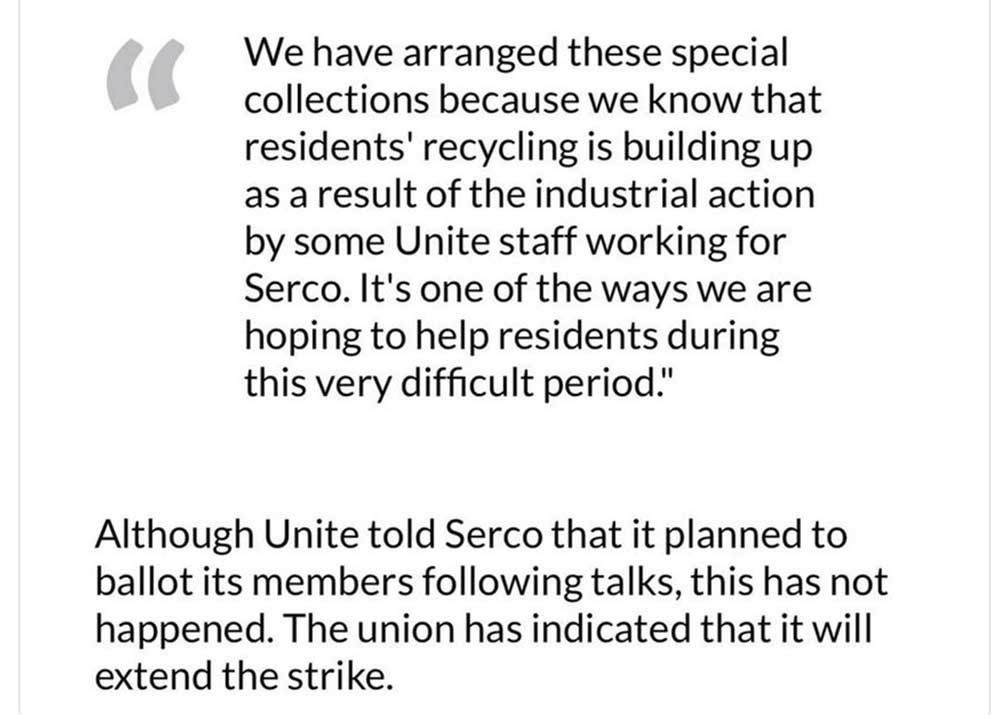 At long last comes evidence that Labour Councillors, some of them anyway, actually do support a maggot infested Bexley. 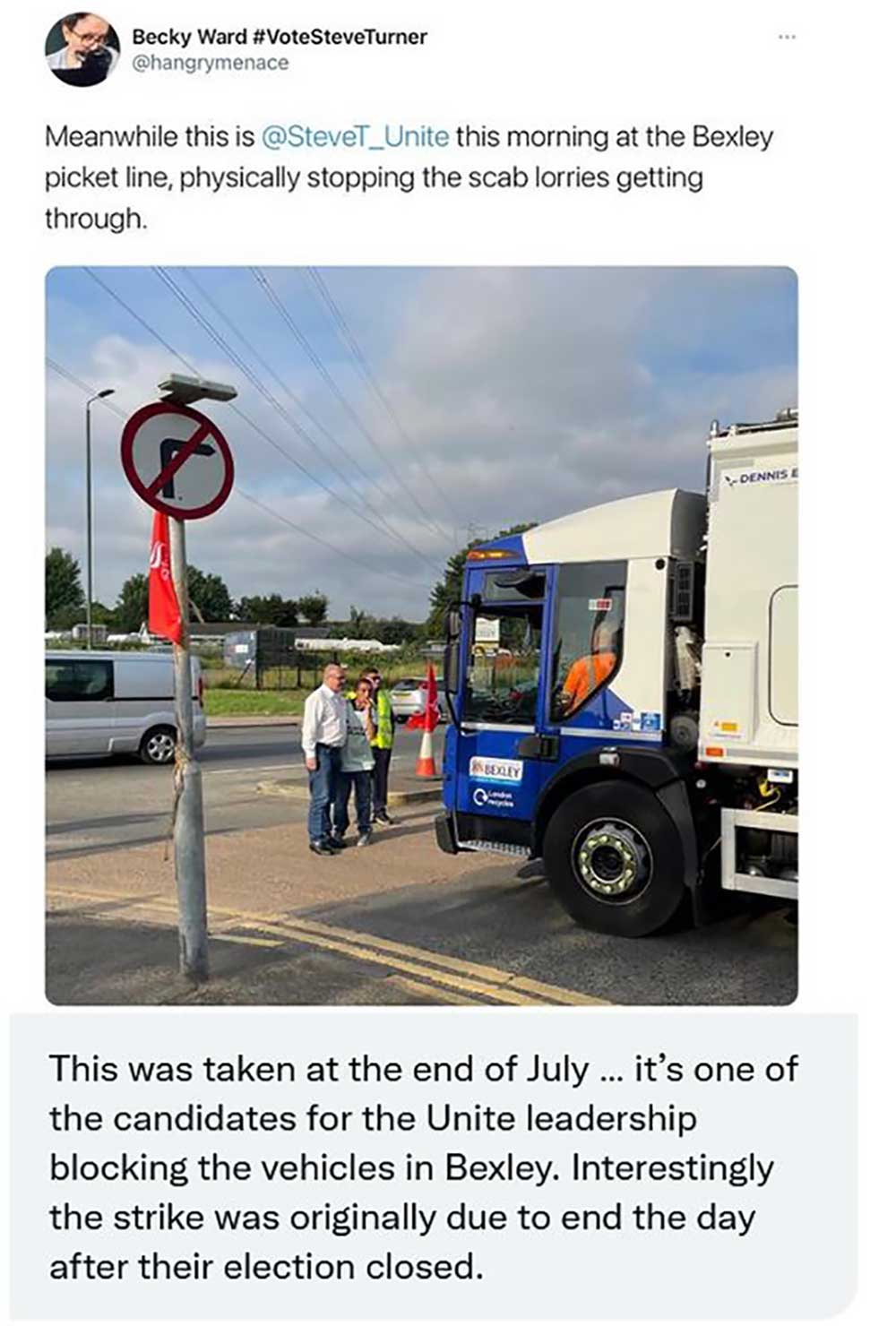 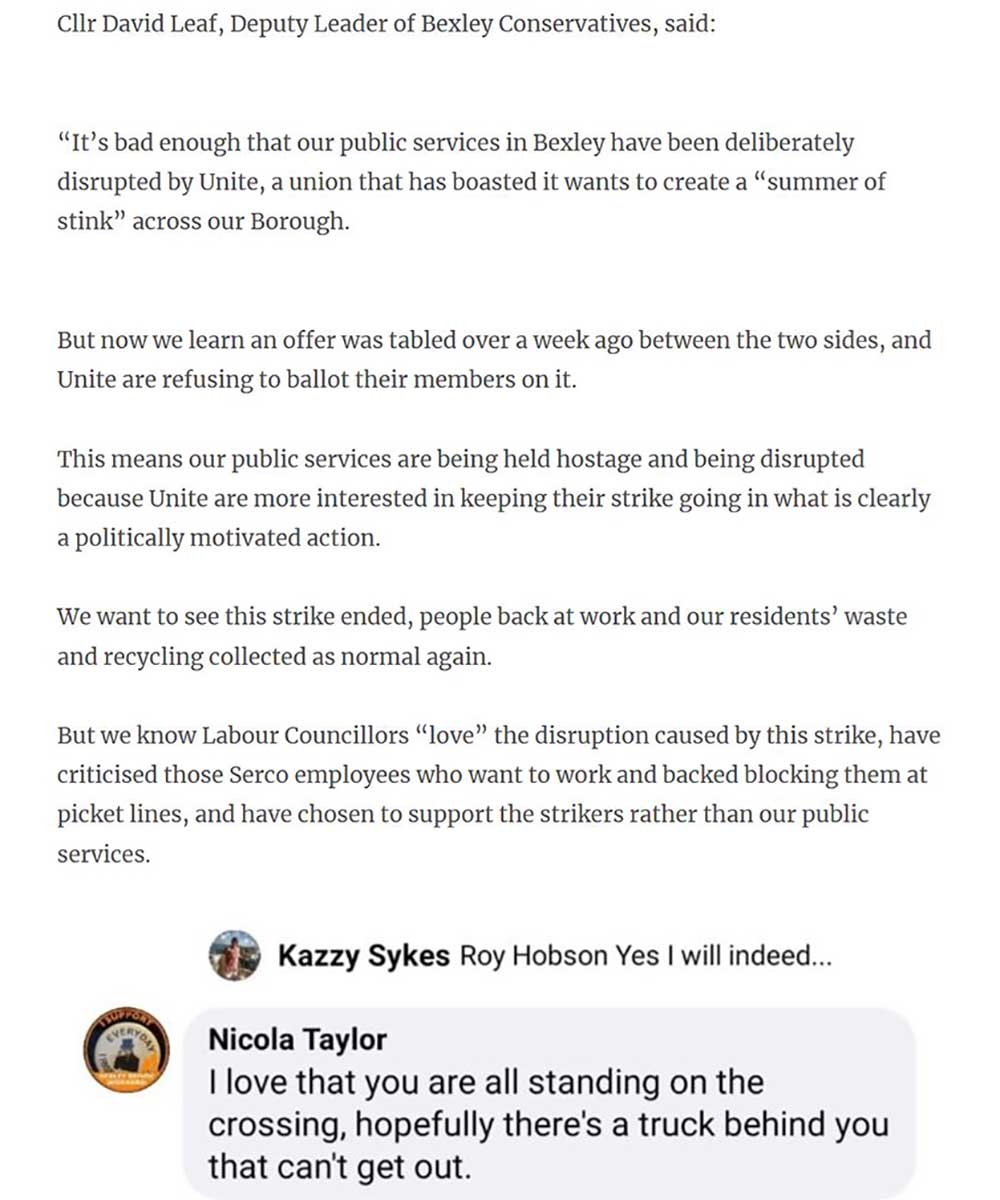 … but not putting possible resolutions to the membership more or less proves the political nature of this strike.

Incomprehensible is the support offered by Erith Labour Councillor Nicola Taylor. Being far left Labour and a likely strike supporter is something that informed voters presumably know about when casting a vote but publicly posting such a comment as that here shows total idiocy.

If a Councillor shows more loyalty to her Union paymasters than residents, kick him or her out! There can be no alternative. That foolish statement will be used by the Tories over and over again and who can blame them?