The current recycling arrangements were debated in October 2018 as can be seen from the two images extracted from the the official slide presentation. The options were Serco, another contractor, in-house or a BexleyCo on wheels and with smells.

The decision was to look for a new contract and extend Serco’s by 18 months while the job was being undertaken. My recollection is that a Council Officer said that the cheapest option was in-house but sadly if it was said it has gone unrecorded. Labour has long preferred such an option but Bexley Council for reasons best known to themselves is set against it.

It is not an absolute party divide, Conservative Hillingdon Council (far left of map) has an in-house operation whilst Labour Southwark and Lambeth outsource. 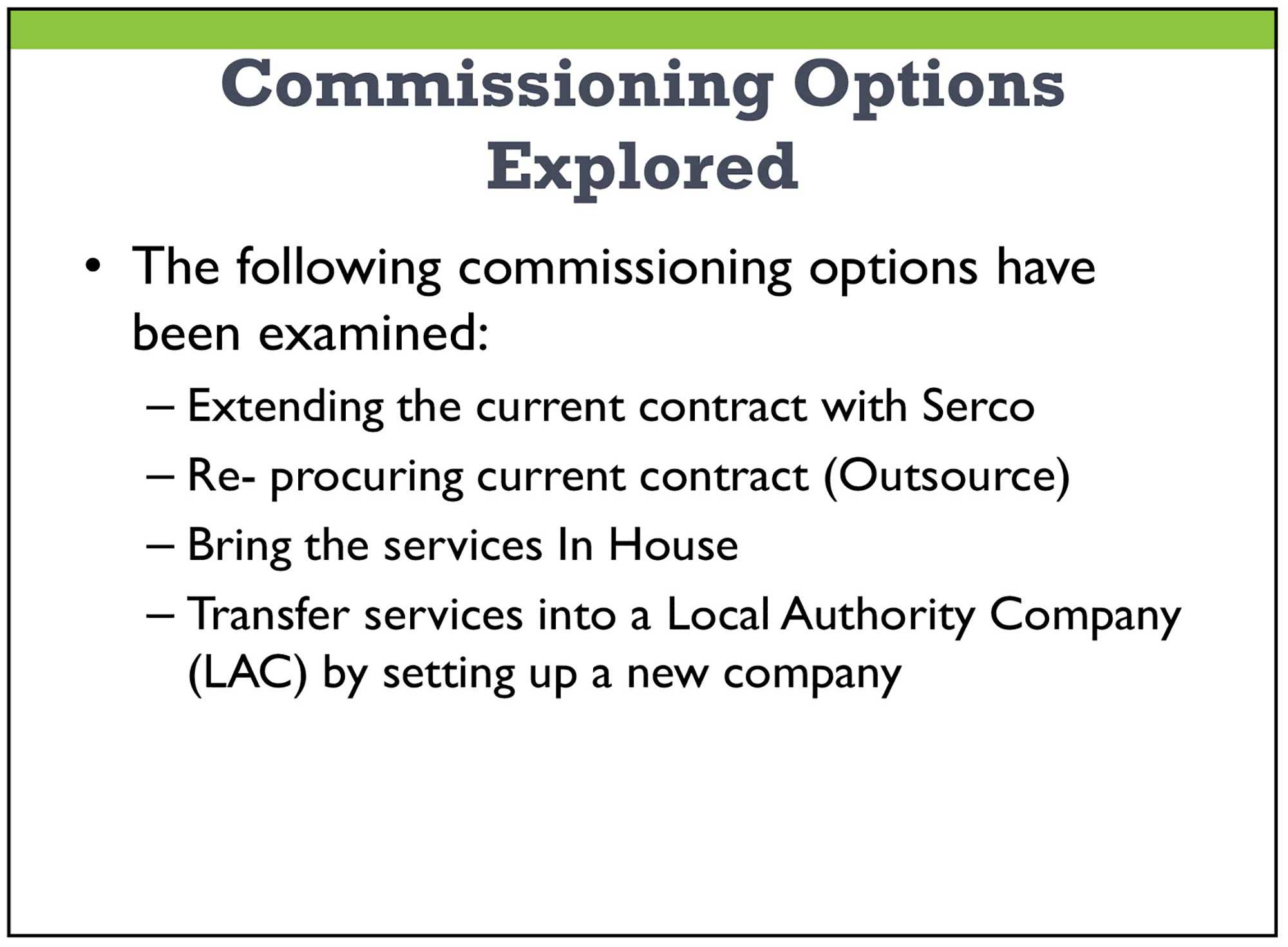 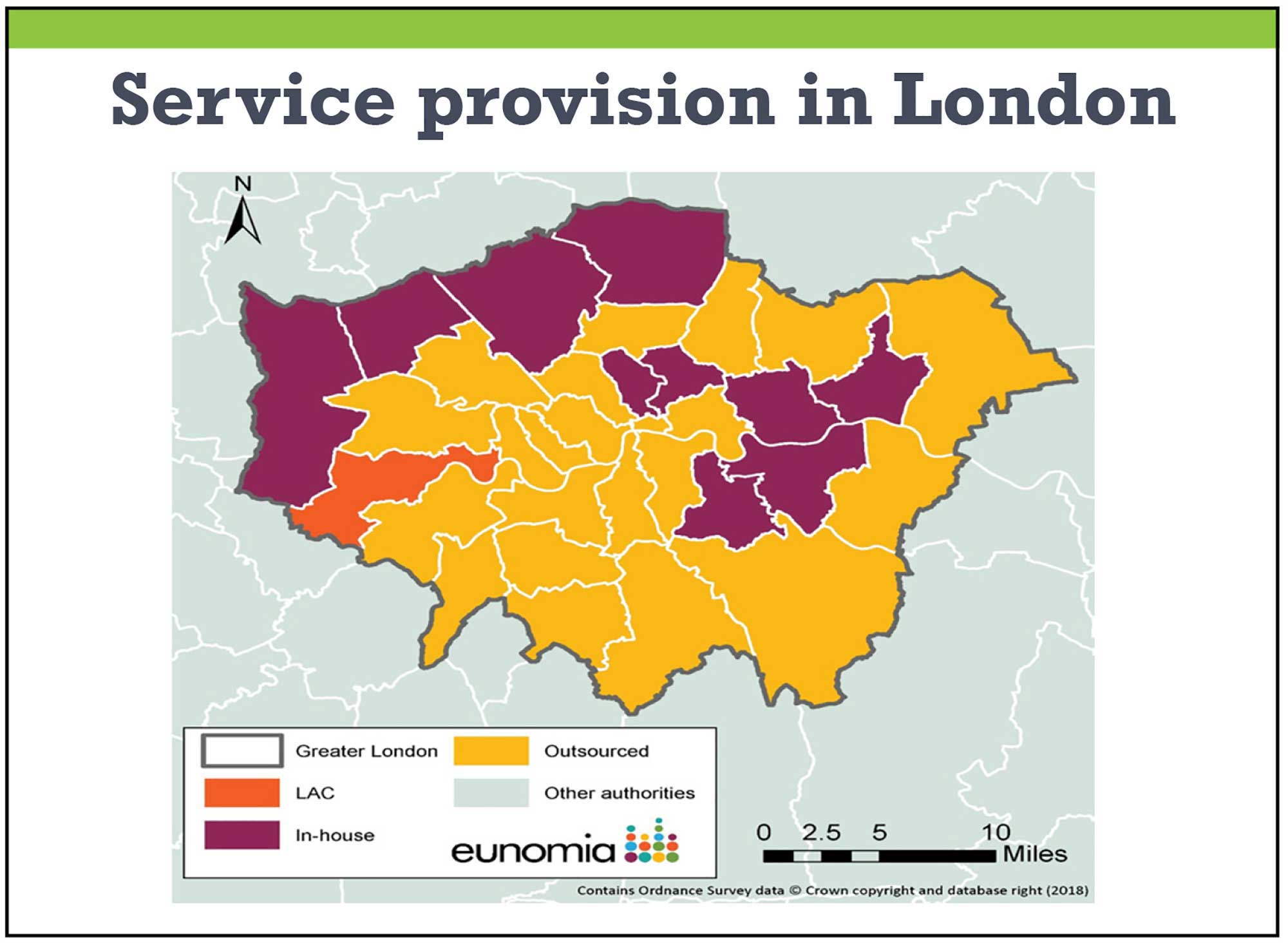 Even Bexley is not entirely against in-house, it took Hall Place away from its custodians and as a reader reminds me they did the same with Amey which had the contract for such mundane Council tasks as cleaning toilets, providing doormen and watering the pot plants.

Why is it that so many messages from unhappy Council staff refer to Graham Ward?

What this contributor says is of course true. At the time of the initial decision Leader O’Neill thought it was a wonderful idea that would save money while Labour Councillors were not so sure. Bexley Council hired Amey anyway and quickly found it was a big mistake.

I used to speak to the doormen when going to Council meetings and they couldn’t wait for Amey to be shown the door or retire themselves.

The usual warning applies to old linked blogs. They may not be fully mobile compatible and links within them may fail. Updating the pre-May 2019 site is not progressing quickly.