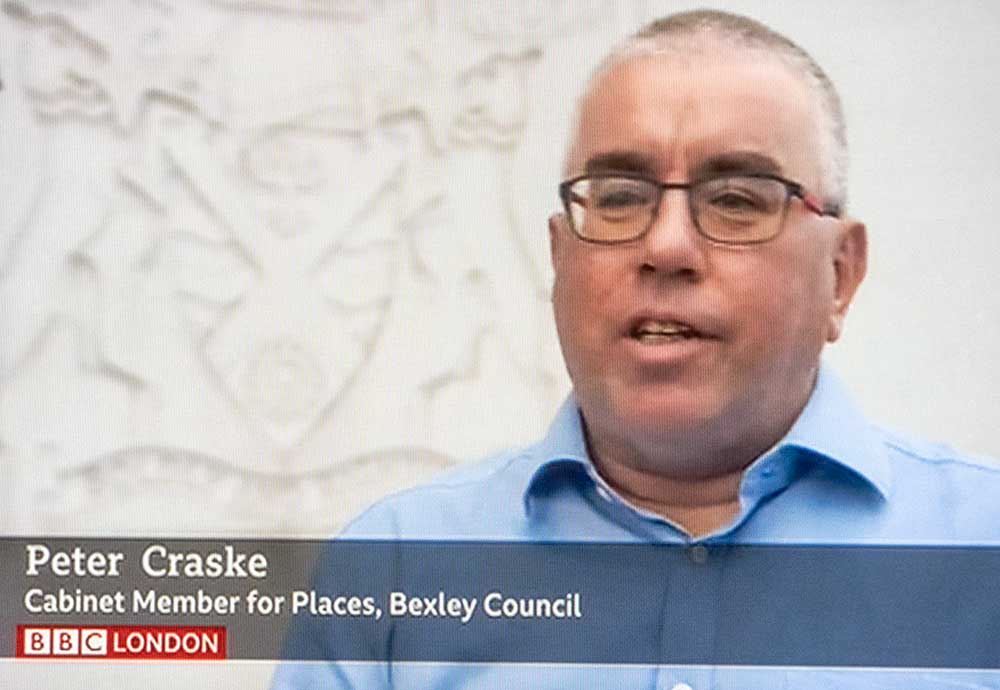 Cabinet Member Peter Craske was on BBC TV last night attempting to defend Bexley Council’s bin predicament, a fairly hopeless task and he didn’t do too well. I suspect he regrets saying “I don’t really care” as it will be taken out of context as it is in the headline above.

I am still inclined to think that the Council is doing all it can to mediate in the strike but given the outsourcing and the allegedly awful twelve year old contract that isn’t a lot. They cannot insist that Serco pays more or whatever the Union demand might be today. The thought of the Conservatives losing seats next May will be providing every incentive to get the strike over and done with quickly.

It is puzzling that apart from a couple of hotheads, Labour Members are keeping a low profile. I began by thinking that was wise; why comment while ‘the enemy’ is so spectacularly failing to get its message across to a disbelieving public?

Maybe there is another reason. Given their Leader’s reluctance to follow in Craske’s footsteps and lie his socks off when the need arises maybe he is unable to overtly repeat the Union’s message. What if Serco is being truthful and Stefano Borella knows it? If so he would have to bite his tongue.

Maybe Serco is prolonging the strike to electorally punish the Conservatives for taking their contract away. The way things are now there is not much of an incentive for Serco to settle early. Conspiracy theories now…