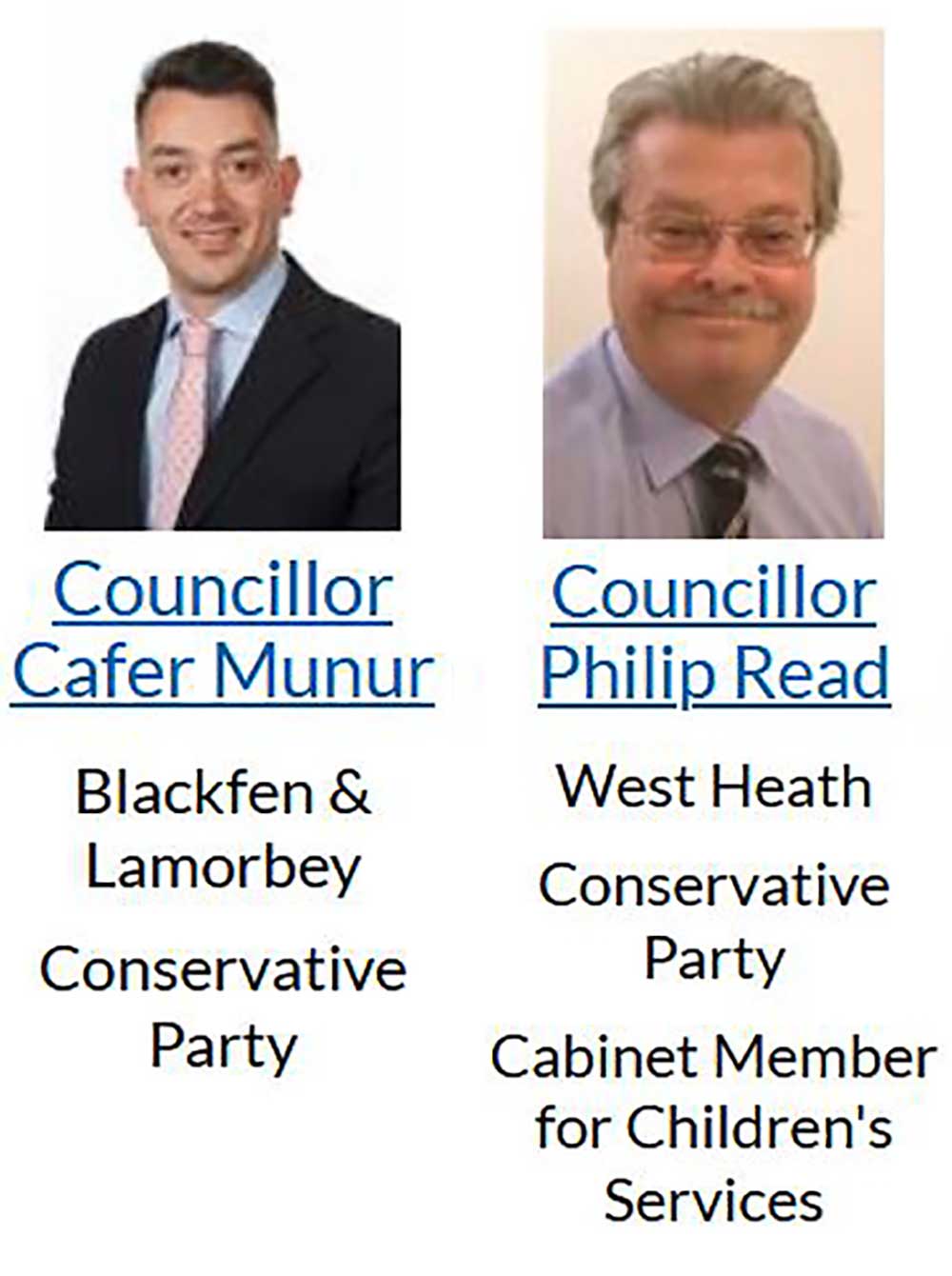 I imagine there are very few Bexley residents who wouldn’t be as happy as pigs in their kitchen waste bin to see the back of Bexley’s Cabinet. Not strictly accurate, I don’t have to imagine anything, just spend 20 minutes on Facebook.

I suspect there is not a lot of support among Councillors either for putting their reelection prospects in jeopardy. Peter Craske has made a mess of the PR while doing what he can for a sceptical public.

After years of deceptions - “we do not have a £4 million contract with Parsons Brinkerhoff”, no he had two £2 million contracts - people eventually get tired of that sort of nonsense from the Cabinet Member for Places, Profanity and Prestidigitation.

The Leader has been ruling the roost since 2009 and was Deputy to Credit Card Clement before that. Where has that got us? A worse quality of life and an address in Carey Street!

She has to go.

John Fuller has mainly avoided a disaster in the Education Department but maybe with so many Academies that is not too difficult to do even as a part timer. The day job keeps him away from meetings too often. Thanks John, your time is up.

Is the office manager David Leaf suited to running a £400 million business? Probably not, maybe if he was as good at it as he is with opposition baiting…

Philip Read has dragged Children’s Services up from its nadir of OFSTED’s Inadequate rating. He did it quickly but how much money has he flung at it?

Brad Smith preached the opposite, that spending less gets you more. E…v…e…r…y   S…i…n…g…l…e   T…i…m…e he rises from his seat to make the same old speech. Rumour has it that it is written by a Council Officer bored with his job.

Sue Gower is new to the Cabinet. I get the impression she may be a rare good ’un who has wormed her way into the Leader’s confidence and one day intellect will meet dullness head on. And bang! But I may be wrong.

Who have we left? One Cafer Munur who the Leader regards as a temporary appointment. What else can it be when no one even notices the omission of his title (Regeneration and Growth) from the Council’s website? (See above.) There is nothing particularly negative to be said about Cafer Munur but he has been chosen by Teresa O’Neill so one has to make the obvious assumptions. Is that harsh? Possibly, but I have noted nothing particularly positive either so it is bye bye Cafer, it has been nice to know you.

Who can we have in their place? That is when it is forcibly brought home that there is so little talent among Bexley’s Tories.

I’ll go with Alex Sawyer for Leader. He made a mess of housing and he can be two faced over the attacks on motorists “They are hard done by” followed by “let’s have some more yellow money boxes”.

As Leader he will not be directly responsible for anything apart from setting the direction the borough takes. Hopefully no more lies, some transparency (his record there is better than most) and old Conservative values. Alex may be the only Thatcherite left on the Council. At least we will know where we are going if we vote Conservative in future. There will be none of the LibDem Greenery tinged with Communism we see from Boris.

Who have we got who can run a £400 million business? There is only one possible answer; Andy Dourmoush set up his chicken processing factory in Erith and made it into a success sending his delivery vans far and wide. Surely Andy must know a thing or two about managing money; more than an office manager anyway.

Now things become more difficult. There has to be a place for Richard Diment who quite obviously studies his subject matter, speaks eloquently on it and asks awkward questions (and the occasional creepy one. No one is perfect). Shall we give him Communities? He already chairs the Scrutiny Committee.

Sue Gower can switch over to Education. Someone with MBE JP MA PGCE QTLS GDPRP FCIM behind her name must know a thing or two about learning. 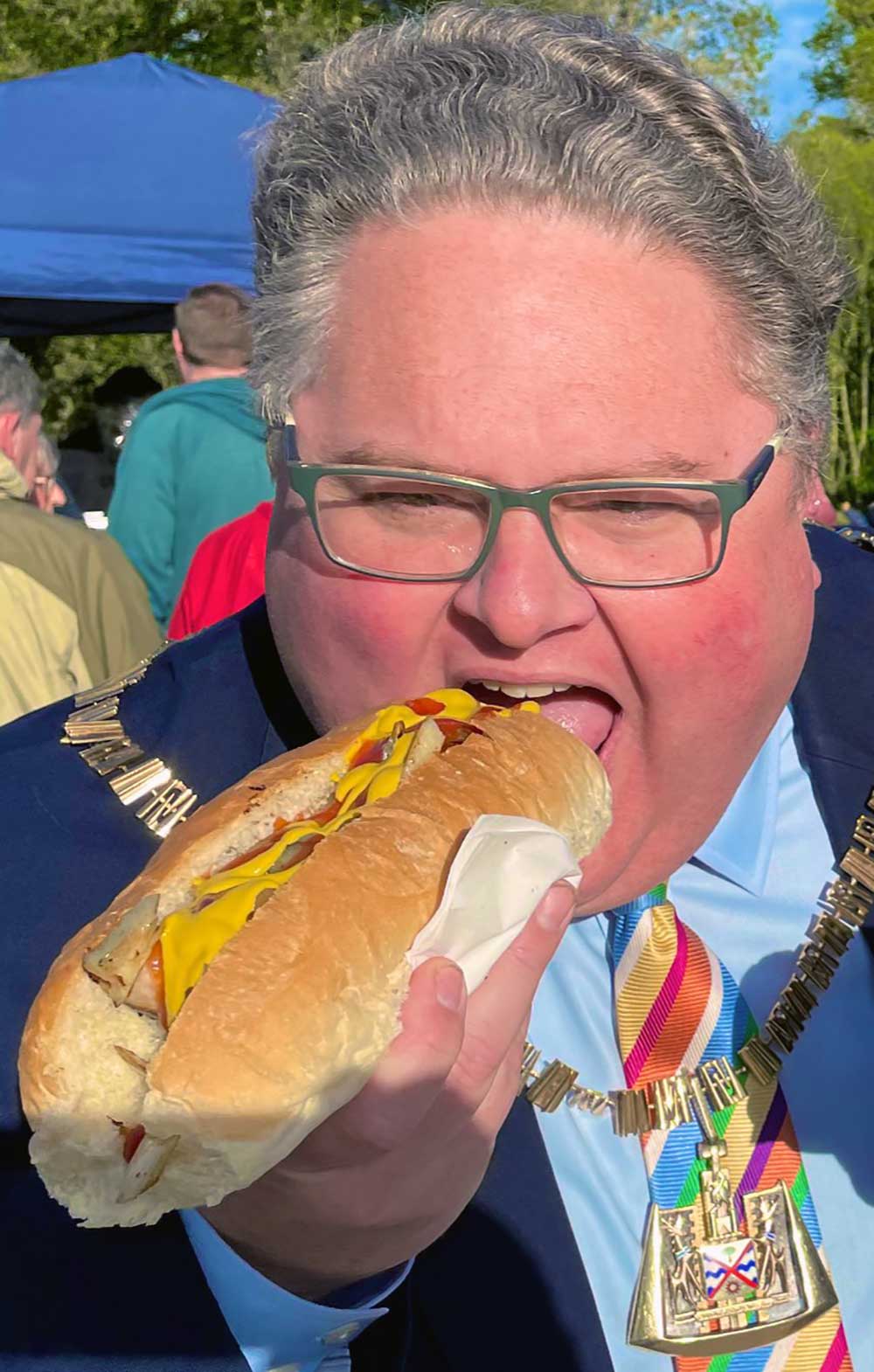 This Cabinet making is getting to be as sticky as a chocolate éclair on a hot day which brings the name James Hunt to the fore. He has spent his life nurturing young people whether it be in the theatre, scouts or cadets. And eating rolls as big as himself. Sorry James, you are getting Children.

Another Councillor who can ask probing or awkward questions is the largely unsung Cheryl Bacon. I think we can forgive her the ill-advised outburst against recording Council meetings after a blameless interval of eight years so I will lumber her with Adults’ Services.

I doubt he would appreciate the gesture but surely someone who knows Planning inside out can do Places. Step forward Peter Reader.

And now we really have run out of talent. The names Newton, Hall and Seymour come to mind but little is known about them except that there might be some sort of tenuous link between a painter and decorator and Regeneration and Growth. Unfortunately I still remember that infamous appearance in Court in 2012. I can forgive Cheryl mistakenly following instructions but not… oh well, let’s leave that one unsaid right now.

Where do we go for Regeneration and Growth? Maybe Alex will go on a recruitment drive and look at the only Bexley Councillor who may be as right wing as he is. The man who has worked closely with Peabody and really can organise a piss up in a brewery (the Welling Beer Festival) and regenerate the Danson Festival (BexFest) with determination and the help of a few volunteers. There will be Fireworks from the Conservative back benches but he organised Bexley’s last display too. It can only be Danny Hackett the Independent Councillor for Thamesmead East.

Let’s get Bexley back on track before it disappears under attack from mutant maggots and rats. Can’t be long now.

Note: From an idea encouraged by a mischievous Councillor. No names were suggested.