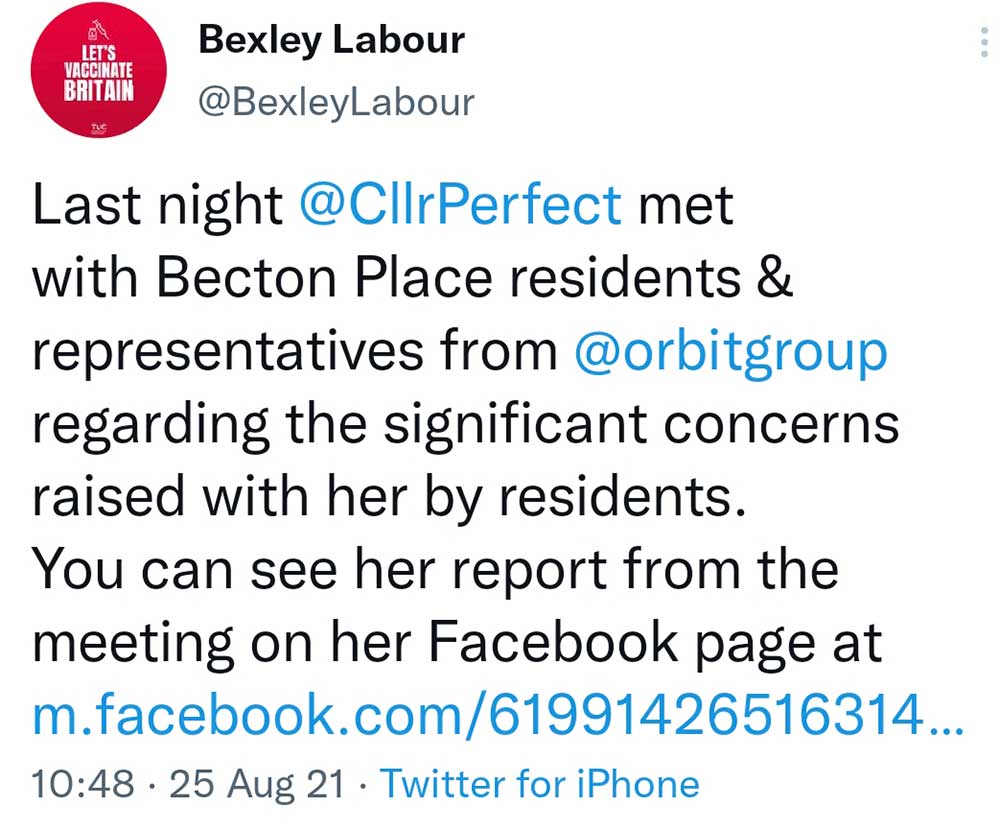 The bin strike has demonstrated rather too well that Bexley Council’s preferred modus operandi is to dump their responsibilities on someone else and if possible wash their hands of it. They’ve done the same with domiciliary care and of course housing which is an unmitigated disaster in the borough

Councillor Wendy Perfect (Northumberland Heath) has highlighted how poor housing provider Orbit is and I have been doing the same with L&Q for several years. The first report was made in October 2017 and there have been several since. If I find the time over the weekend I will create an Index and Photo Feature aimed at shaming them as much as possible.

The fundamental problem is that L&Q simply do not care how much they cause their own houses to deteriorate through bodged repairs. I was called over by the lady occupier to take another look and visited yesterday.

A continuing problem is damp and at strategic points common salt acts as a slug and snail deterrent.

The deterioration, maybe the damp, had caused the bedroom door to get stuck in the closed position. The lady occupant who is not in the best of health did not have the strength to open it and was unable to leave her bedroom.

A telephone call to L&Q brought them round to assist. There is a number lock on the front door but the security chain had to be broken for access.

The bedroom door was forced open and the frame wrecked in the process as can be seen below. Several weeks later nothing has changed and the door can only be kept closed with the aid of the large heavy mirror pictured. Without it the draughts ensure the door swings open. 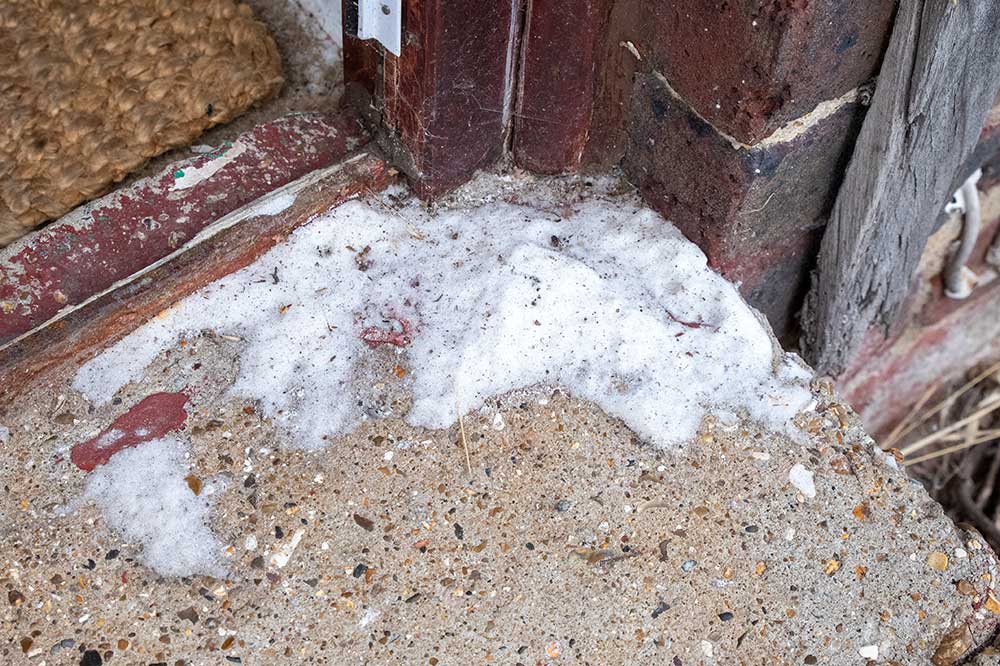 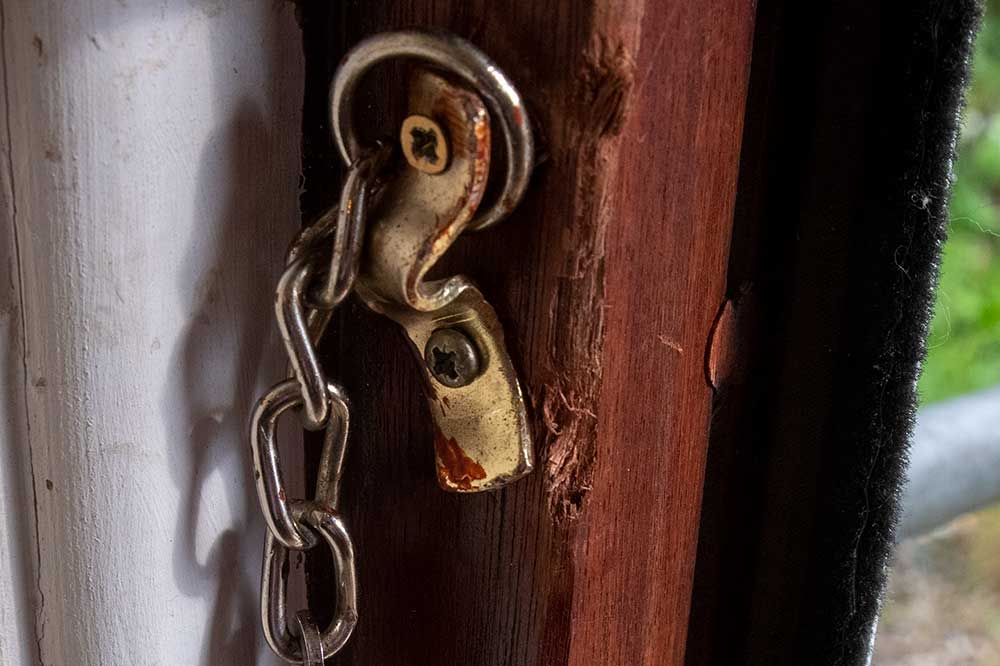 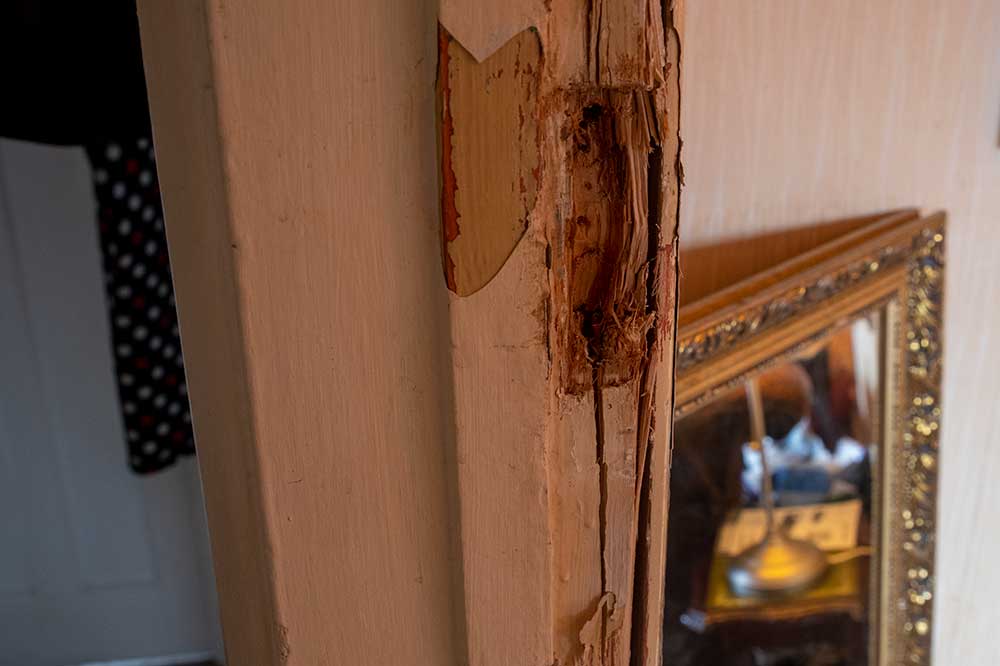 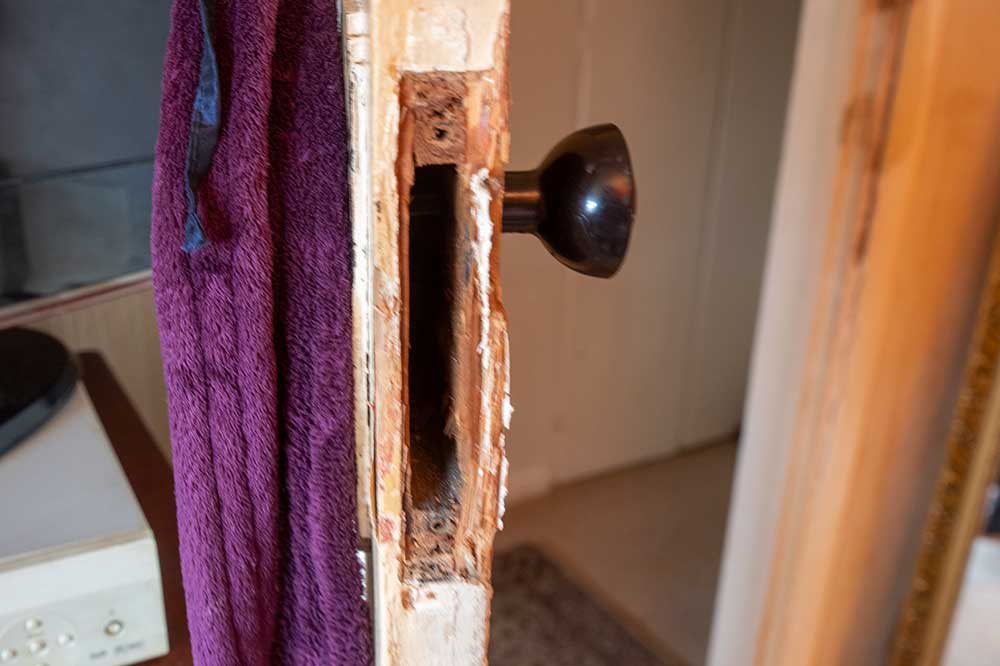 The lady has already been seriously assaulted in her own home and is still a little traumatised by it. Needless to say the police and the Crown Prosecution Service were not at all interested even though the culprit was known to everyone.

As I left I bumped into the neighbour. “Have you been in there and seen the state of it?” I asked. Yes she replied but it is not as bad as mine.

L&Q seems not to care, Bexley Council certainly doesn’t. I am going to have to find someone with whom to discuss the lady’s medical condition. I have not seen her since April 2020 and I have not seen her looking that unwell before. There is no family living within the UK.