The two scribes behind @bexleynews are well known Councillors, everyone knows it, one or two of their colleagues confirm it but one half of Tweedledum and Tweedledee denies it as well he might; there is much to be ashamed of.

Here they are arguing over the bin strike with a Labour supporter who is just about to go to University; the very same people who tell us that they have been spending all their time and a great deal of effort on bringing Serco and Unite together.

Pathetic isn’t it? If this is the standard of their debate with ACAS etc. it explains a lot. Blackfen and Lamorbey voters in particular should remember this when voting next May. 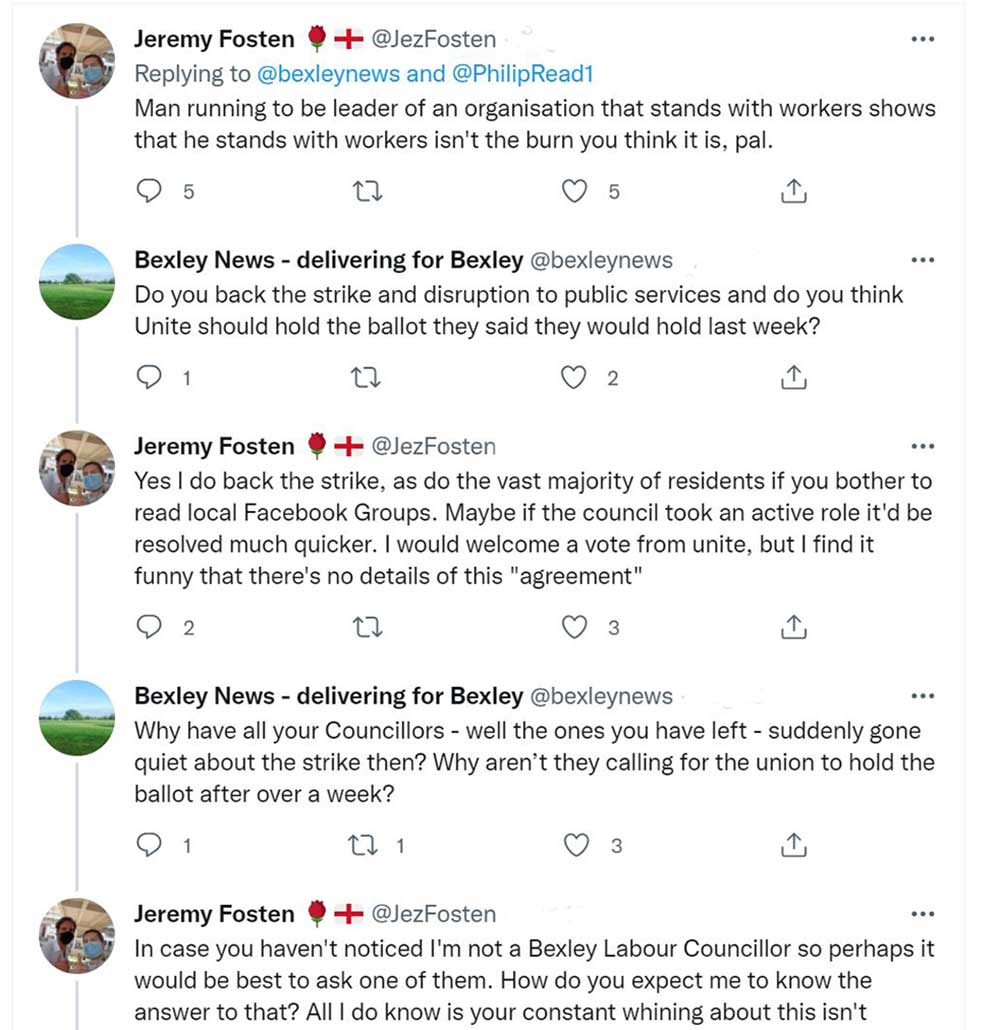 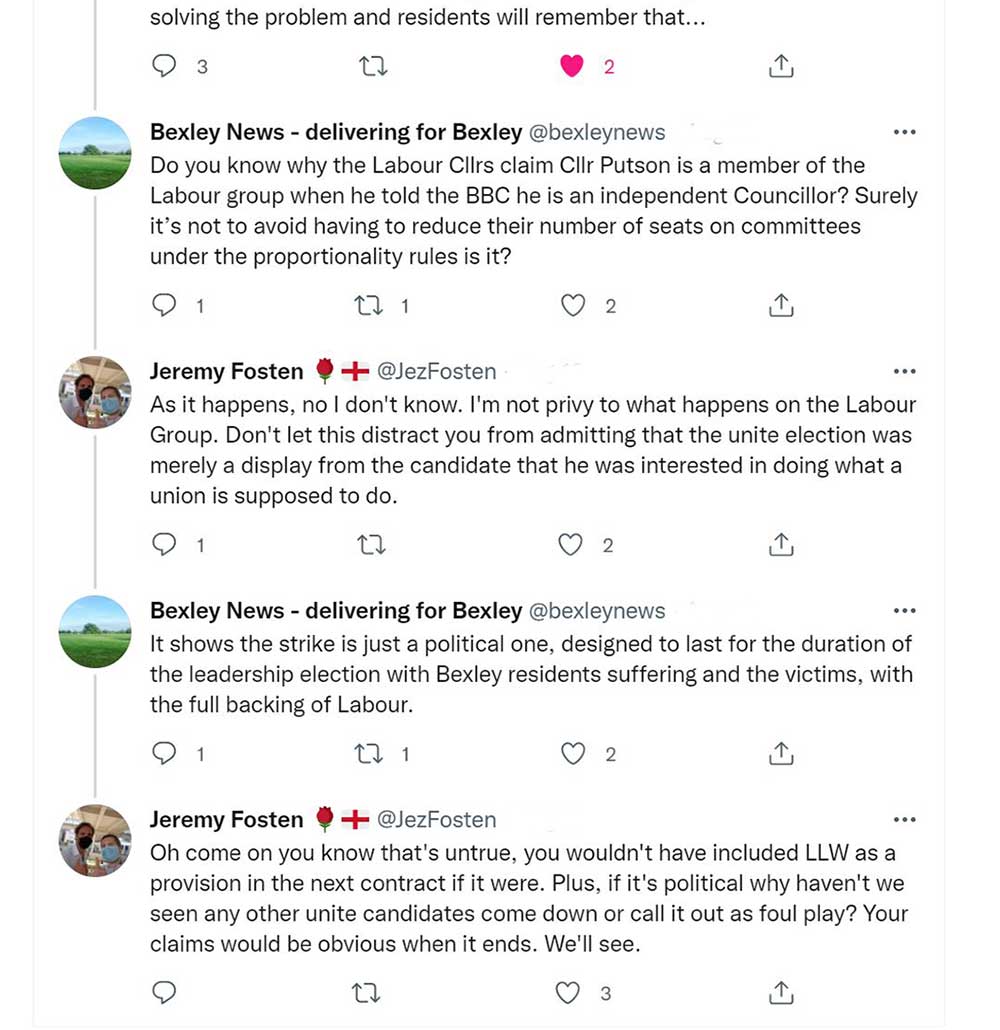 Rather late in the day, below is a short audio clip of LBC Radio’s visit to Bexley last Thursday.